Serbia’s central bank bought nine tons of gold in October, raising its reserves of the precious metal on the advice of President Aleksandar Vucic.

The biggest former Yugoslav republic is following Hungary and Poland, where officials boosted gold reserves in 2018 to create a bulwark against crisis. Central Bank Governor Jorgovanka Tabakovic, a member of Vucic’s Progressive Party, said the October 9-11 purchases raised the bank’s gold holdings to 10% of total reserves and made good on a suggestion from the president in May. 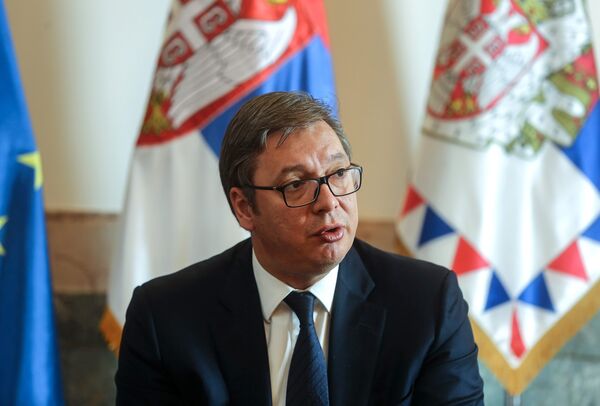 “We have completed gold purchase transactions and Serbia is safer today with 30.4 tons of gold worth around 1.3 billion euros ($1.4 billion),” Tabakovic told reporters in Belgrade Thursday. “For now, we have no plans to buy more.”

The acquisition is the latest in a series of moves by Serbia to shore up its financial stability by changing the structure of its foreign debt and increasing the share of dinars and euros, Tabakovic said. The central bank paid 395 million euros ($434.3 million) for the gold, $1,503 an ounce, the governor said.

Tabakovic spoke after the bank upgraded its 2019 economic growth forecast to 3.6% from 3.5%, citing higher domestic demand that’s counterbalancing a slowdown in most of the European Union.

With some economists speculating that the central bank may alter the parameters of how it charts and controls the money supply, she said it won’t change its inflation target, which remains at 3% plus/minus 1.5 percentage point, through December 2021.

The central bank has both cut interest rates three times this year, but it has also relied on market interventions to smooth developments in the dinar’s exchange rate against the euro.

“There’s no question of a choice between inflation falling within target and exchange rate stability, which is the basis of stability of investments and the predictability of business environment,” Tabakovic said.

The inflation target does matter and the central bank expects the measure to return to the tolerance band by April or May next year, she said.

The consumer price index has fallen below the tolerance band five times in the last three years, with the latest bout of price weakness entirely resulting from cheaper fresh vegetables, according to the central bank’s head of economic research, Savo Jakovljevic.