Industry Bulletin: How Electric Vehicles are Reshaping the Automotive Industry 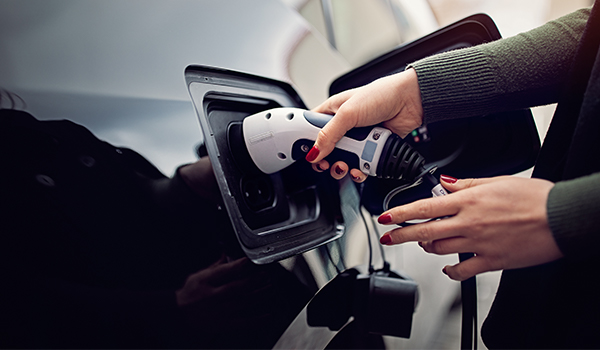 Electric vehicles are a disruptive force in the automotive industry. From Tesla to the mainstream automakers, sales of EVs are expected to exhibit continued growth in the coming years.

Global sales of electric vehicles topped 3.2 million in 2020, up from about 2.3 million in 2019. This is in the face of an overall decline in vehicle sales in 2020. A decade ago, these numbers were well less than 1 million vehicles per year.

Predictions for 2021 and beyond look promising.

Quoted in a recent article for CNBC, Wedbush Managing Director Dan Ives said that he expects the electric vehicle industry to grow into a $5 trillion market by 2030. This figure is estimated at about $250 billion for 2020 by Fortune Business Insights.

Ives views the shift to electric vehicles to be a “green tidal wave” for the industry. He says, “China, GM, Ford, VW and others are all jumping on the electric bandwagon.” He feels that the success or failure of their efforts with electric vehicles will cause many auto stocks to be rerated.

Ives believes there will be many winners beyond automakers, he cites firms like Baidu and Apple as potential winners for their contributions on the technology side. Additionally, companies that make batteries and related equipment for these vehicles should share in this growth as well.

Ives calls the move toward electric vehicles by the auto industry a “massive headwind” for the oil and gas industry. He cites this and the Biden infrastructure plan that focuses on clean energy as factors that will cause a shift away from oil and gas towards clean energy sources for cars in the future.

The future of cars

While it’s hard to say exactly what the future of cars will look like, there are more and more new entrants in the electronic vehicle segment all the time. Ives calls this the “fourth industrial revolution.”

The demand for electric vehicles is currently highest in China. Demand in Europe is rising as well with Tesla and many of the European automakers rolling out new models. U.S. sales are expected to increase in 2021 as new models are being delivered from a variety of companies.

Ford has announced an electric Mustang, with a similar announcement coming from GM regarding the Hummer. Consumers can also expect new options for electric pickup trucks.

A related industry that will be impacted not only by the move to electric vehicles, but by technological innovations like autonomous driving and even different methods of car ownership and usage is the insurance industry. Autonomous driving could have safety implications which could impact their risk models. Different types of car usage such as car sharing might reduce the need for individual auto policies which are commonplace today.

The impact of a changing industry on investors

In the CNBC article referenced above, Ives had said, “In my opinion EV stocks could be up another 40- 50% this year, given what we’re seeing in terms of a green tidal wave globally.”

Ives and other analysts feel that the boom in electric vehicles will benefit not only Tesla, but also the stocks of traditional automakers who are able to ride the wave, so to speak.

Overall, the prospects for electric vehicles seem bright. Tesla and traditional automakers have solid opportunities here, as do companies that supply batteries and other technology to these companies. To the extent that these trends are realized, it will have a major impact on industries like oil and gas producers, as well as the auto insurance companies among others.