Gold has printed its biggest monthly gain in five months, signaling a resumption of the rally from lows near $1,266 seen in May 2019.

The break above $1,600 seen during the Asian trading hours on Jan. 8 was short-lived, as tensions quickly eased after media outlets reported zero US casualties in Iran’s retaliatory attack on US bases in Iraq.

Gold fell back sharply to $1,550 on the same day and extended losses to $1,536 by Jan. 14, before regaining poise on coronavirus scare.

The mysterious Wuhan coronavirus spread quickly within China during the second half of the month. Cases were also registered in Japan and other Asian currencies and in the US and Europe. As a result, fear gripped markets that China is struggling to contain the virus and it could turn into a pandemic, derailing the global growth story.

Additionally, markets ramped up expectations for a Federal Reserve rate cut by December and the central bank reinforced the dovish expectations by reiterating its commitment to high inflation.

As a result, gold moved higher to $1,589 earlier Friday and is about to end the week with nearly 1 percent gain.

Looking forward, the coronavirus fears and the dovish Fed expectations could continue to push the yellow metal higher.

Many observers have revised lower their forecast for China’s first-quarter GDP growth. For instance, Citigroup on Friday said it expects China’s GDP growth to slow to 4.8% this quarter from 6.0% in the fourth quarter. It cut its full-year forecast for 2020 to 5.5% from 5.8, according to Bloomberg.

As for next week, the focus will be on Caixin PMIs for China and key US data releases – ISM Manufacturing and Non-Manufacturing data, ADP report and the monthly Nonfarm Payrolls report.

The metal traded in a sideways manner for four months, starting from September to December. The range play has ended with a bullish breakout with January’s 4% gain.

The range breakout indicates the rally from the low of $1,266 seen in May 2019 has resumed.

The daily chart is also biased bullish. Notably, the RSI is again looking north, having established support at 62.00.

The outlook would turn bearish if and when the daily chart RSI violates the support at 62. 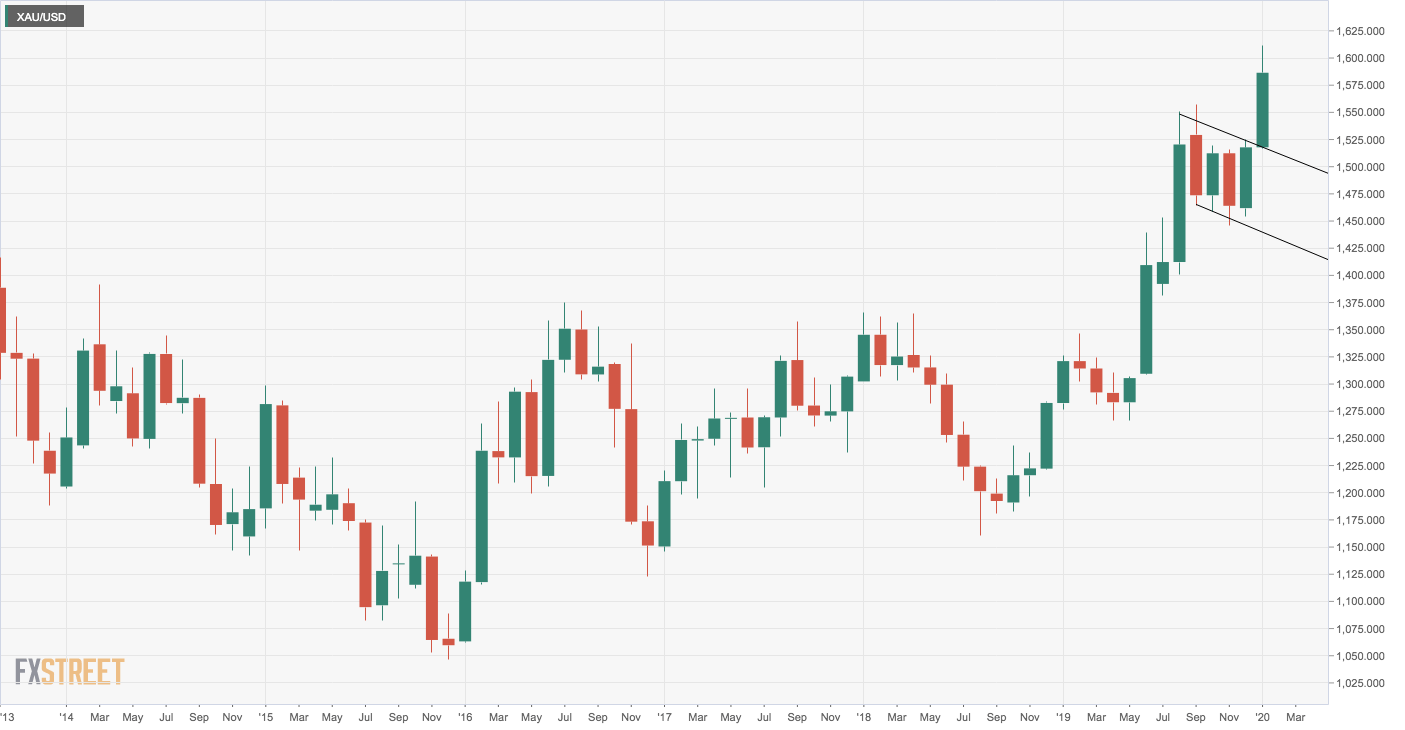 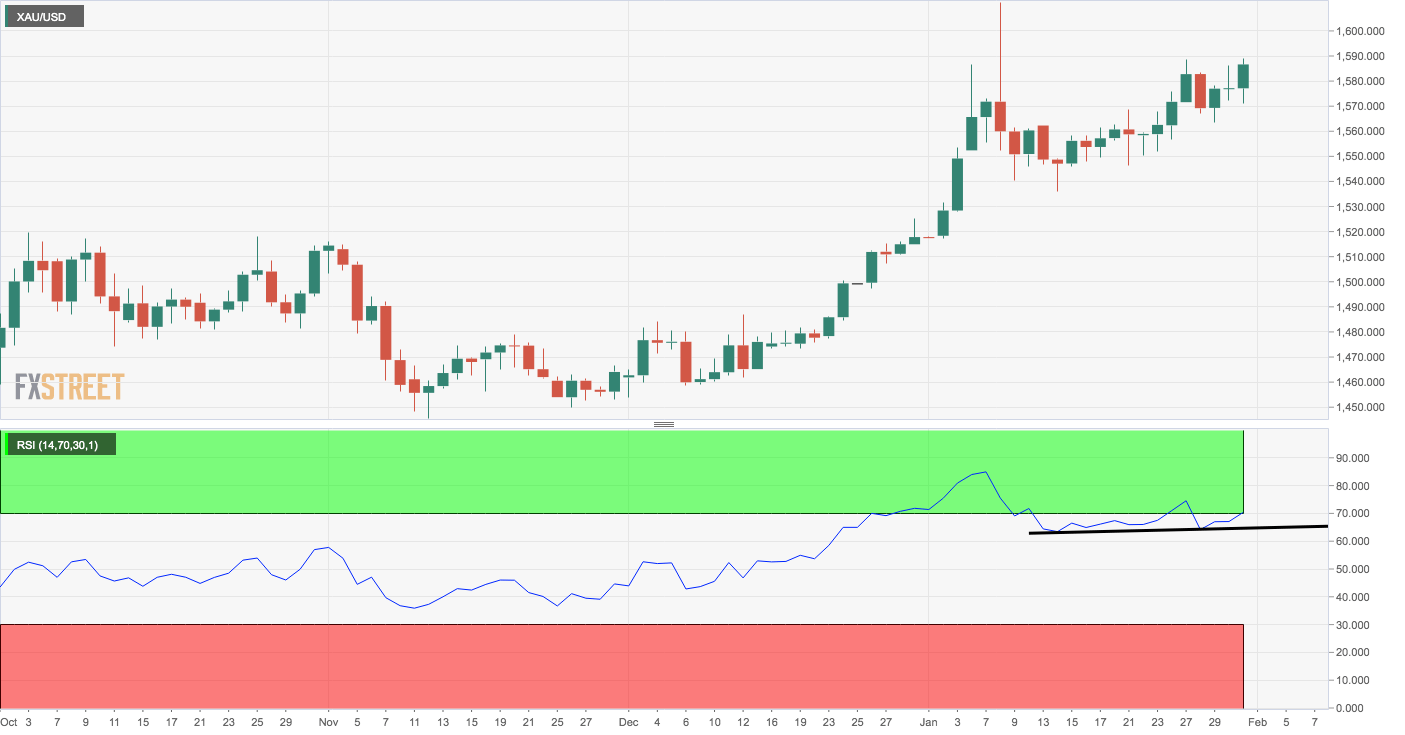