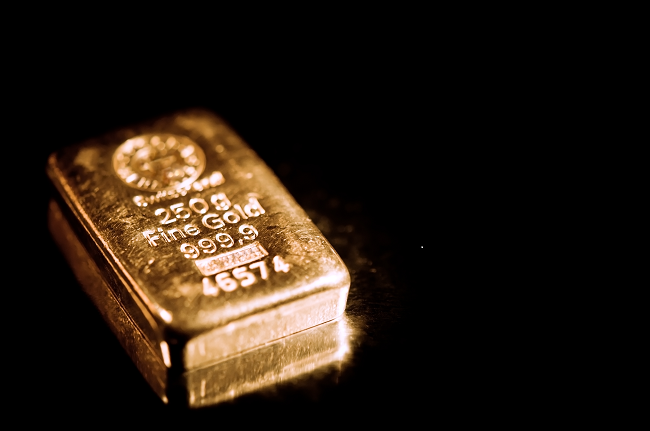 (Kitco News) - January was another big month for the gold market as investors continued to pile into the gold-backed exchange traded products, pushing holdings to new all time-highs, according to the latest report from the World Gold Council.

In a report Thursday, the WGC said that total holdings in global gold ETFs increased by 61 tons, with a value of 3.1 billion.

“Combined with a gold price increase of nearly 5%, assets under management grew 8% in U.S. dollars during the month,” the WGC said in the report. 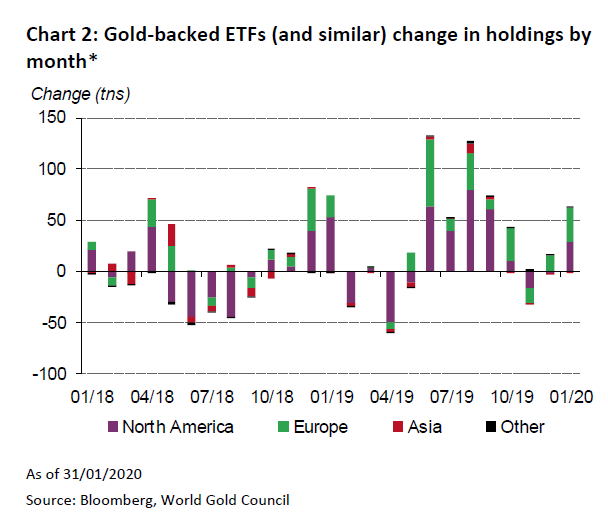 The analysts at the WGC said that they expect investment demand in the gold market to remain strong as uncertainty continues to dominate financial markets.

The analysts noted that growing expectations of looser global monetary policy add to gold’s luster as an alternative asset.

“Central bank expectations have shifted in recent weeks. At the end of 2019 there was a 75% expected probability of a single US rate cut in 2020. Last week, this expectation ballooned to nearly two cuts in 2020. Our research suggests either shift could be beneficial for the price of gold,” the analysts said. “And with over 90% of sovereign debt trading with negative real rates, the opportunity cost of investing in gold has improved.” Looking at regional demand, European gold demand led the way with holdings increasing by 33 tons valued at $1.7 billion, up 2.4% from the previous month.

North American demand increased by 29 tons valued at $1.4 billion, up 1.9% from last month.

Not only are physical holdings at a new record, but the WGC said that the value of assets under management are only 2% off their 2012 record highs.