Welcome to the Amfil Technologies forum on AGORACOM 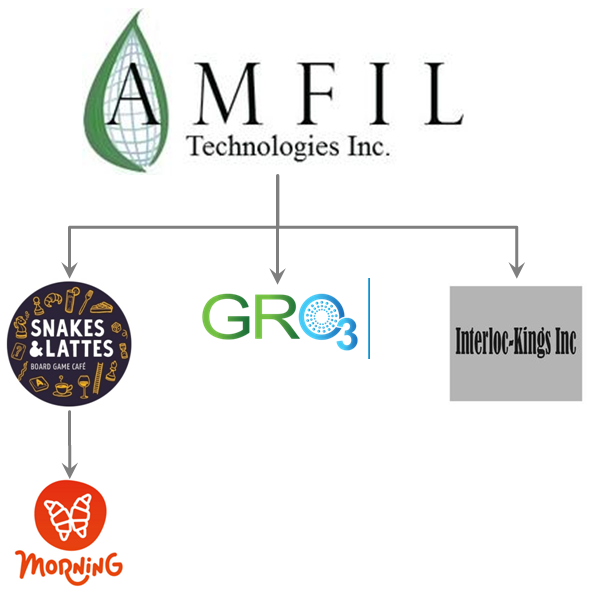 Amfil Technologies, Inc. is the parent company to four subsidiaries

Snakes & Lattes is Canada’s premiere board game café. Enjoy healthy and comfort food, drinks and spirits, coffee and tea while playing games from their vast selection. The games are organized so you can quickly find your favorite or discover something new. Don’t know what to play or want a suggestion? Snakes & Lattes has game gurus at every location willing to help! Waiting lines are typical at each location and each is highly positively reviewed on social review sites. Snakes locations also have periodic exciting events like Game Designer nights for upcoming game creators to test out their creations with real game enthusiasts.. 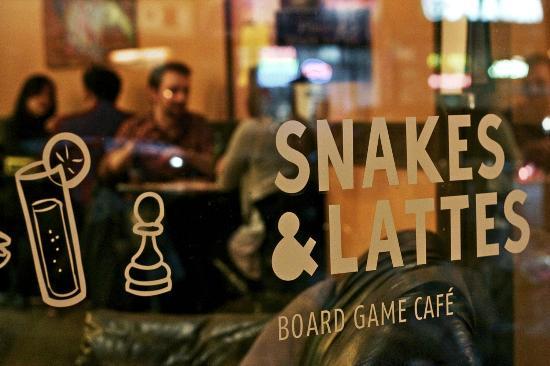 There are currently 3 locations in Toronto, Canada and the FIRST location in the U.S.A. opened in Tempe, Arizona on October 12th, 2018. Amfil has created a Snakes & Lattes USA expansion team for rapid expansion via franchising and joint ventures across North America, with the ultimate goal of reaching Europe and Asia. The Expansion team is currently on tour with interested parties for JVs/franchises in major cities across the USA. They are in active negotiation with multiple interested parties and continue to receive high interest as awareness of the brand and expansion effort grows.

Snakes & Lattes sells games direct at each location and online. As a master distributor, Snakes & Lattes buys below wholesale; capturing a higher margin on sales.

Snakes & Lattes flagship Midtown location is the alpha model which all franchises and joint ventures will be based. The 10,000 sq.ft. café offers event services for parties; both private and corporate. Snakes provides a unique and enjoyable experience: Supplying a variety of foods, beverage, and games. On site Game gurus will help ensure a maximum good time. More and more corporate and private events are discovering Snakes as a great place to hold their events! This is one of the many rapidly growing segments of the business. Snakes also has a ‘Snakes-On-The-Go’ experience, a mobile version where they will bring the Snakes experience to you.

Amfil recently acquired game designer and publisher Morning. This acquisition allows Snakes to capture the entire supply chain. The games (shown below) will launch in the near future under the Snakes subsidiary. By designing, publishing and distributing their own games, greater margins per unit are captured. This division has potential to be the fastest growing arm of Snakes & Lattes. The highly reviewed Kill the Unicorns has generated a lot of buzz, and we look forward to a successful holiday season. An example how explosive this segment can be; Exploding Kittens generated 50 million in sales in its first year. 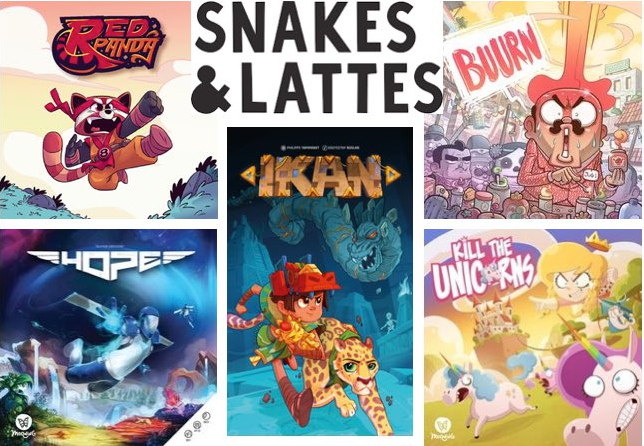 Snakes& Lattes is a Master Distributor with exclusive and non-exclusive distribution rights throughout Canada, U.S.A and parts of Europe and Asia. Distribution has grown from 20 retailers and 5 SKUs to 170 retailers making up 300 locations and 35 SKUs. The distribution side has contracts with many large and small retailers, including Wal-Mart, Amazon, Indigo Chapters, EB Games generating millions of dollars annually.

Exclusive Distribution Rights means that Snakes & Lattes Inc. will be the only authorized distributor for the given game in large geographical areas or entire countries. Examples of some of the exciting exclusive distributor games:

Snakes & Lattes distribution is also a fulfillment partner for smaller game designers. They ship individual Kickstarter orders out to Canadian backers. Gaming is the #1 funded section of Kickstarter. As Snakes & Lattes expands into the USA through franchises, joint ventures and company owned locations, their own fulfillment Kickstarter contracts are expected to expand as well. 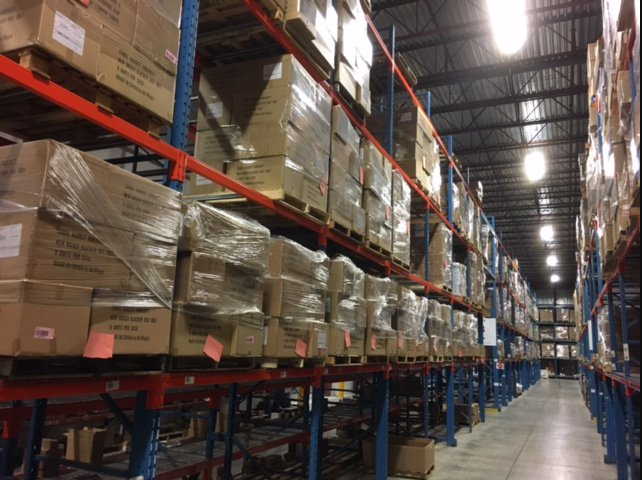 What sets Snakes and Lattes apart?

There are many game board cafes out there, and more popping up all the time. This is a good thing! Game Board Cafes (GBC) is a fledgling industry, and has many years of growth ahead of it. There will be many one-off cafes and just as there are coffee shops, there will be some great ones! However, there is only one Snakes & Lattes Game Board Café. There is only one GBC that is also a brand, where the café location is only one part in the entire supply chain.

Snakes and Lattes has everything: Design, Publishing, Distribution, Fulfillment, Online and Retail Sales, Casual Food and Entertainment and Event Services.

More information can be found at: www.snakesandlattes.com 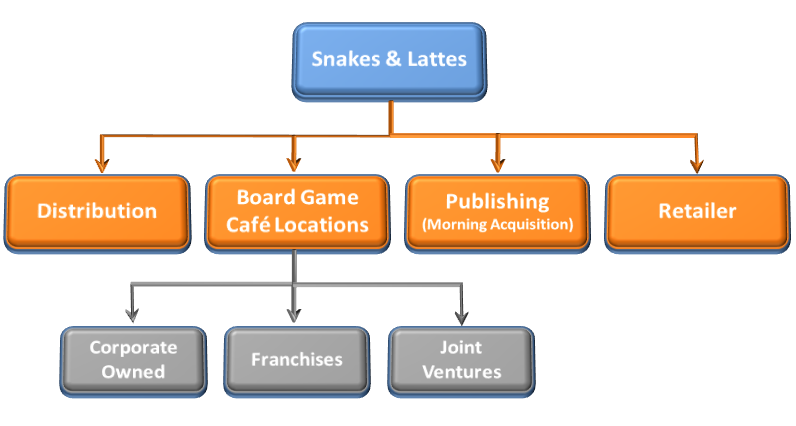 The GRO3 Ozone Treatment System provides a chemical and pesticide free alternative for the legal, medical, and recreational marijuana industries.

Triple-function sanitization unit capable of naturally eliminating 99.9% of water and airborne pathogens allowing for the safe production of products. Helps to keep the production environment free of pathogens including viruses, bacteria and molds due to its HEPA filtration of the air.

Will eliminate the typically problematic pests that wreak havoc for plant based soil and hydroponic growing like aphids, whiteflies and spider mites.

Does not use chemicals thus maintaining an organic environment and lowering energy consumption.

Ability to control/monitor via internet or remotely. 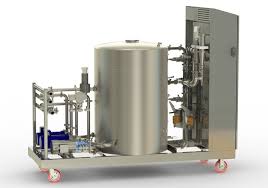 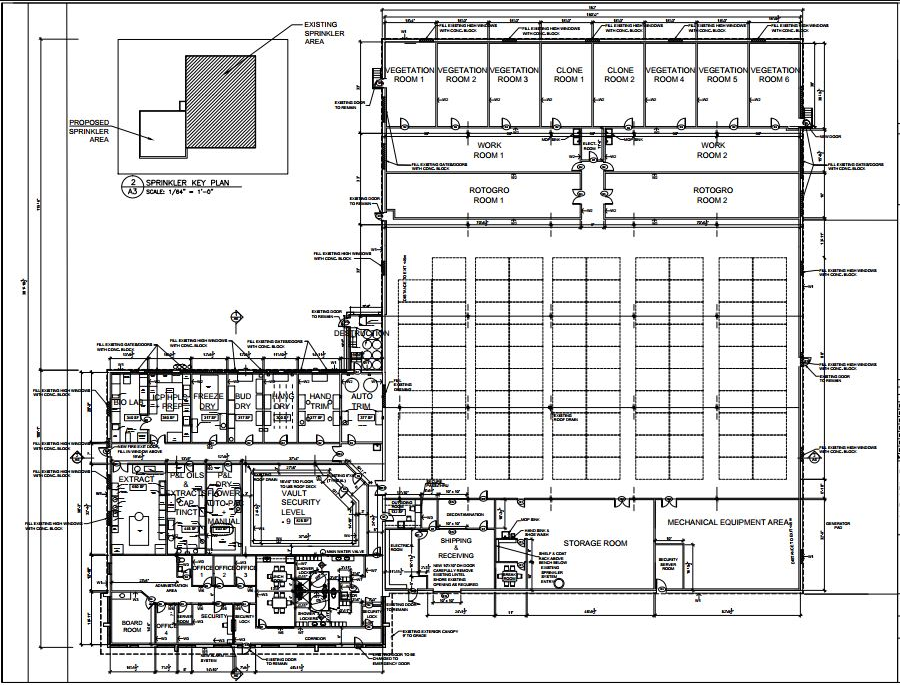 More information can be found at www.gro3ozone.com

Interloc kings was established by Roger Mortimer in April of 2009. Interloc Kings is the premier landscape construction and snow removal service provider serving the GTA and York Region of Canada since 2009.

The company is rated A+ by the Better Business Bureau since becoming a member in 2011.

Specializing in stone and wood installations between $5,000 and $150,000 per project, Interloc-Kings Inc. has quickly become a top, high quality installation company of outdoor living areas.

Mr. Mortimer brought this company into the Amfil Tec. umbrella in 2013 and as a result, he became CEO of Amfil Tech. at that time.

As the company continues to grow, Mr. Mortimer vision is to spin Interloc Kings off into a public company (shareholders will receive free shares of the new company) and grow Interloc Kings into a franchising network that will cross the United States border.

More information can be found at www.interloc-kings.com 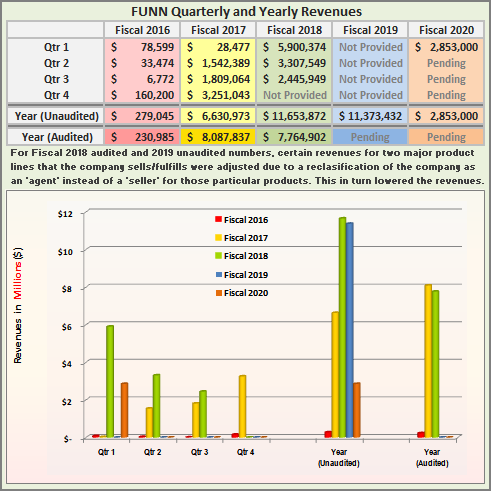 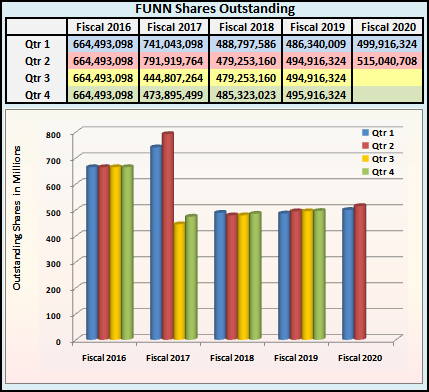 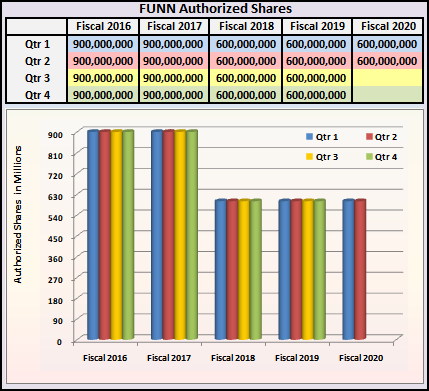 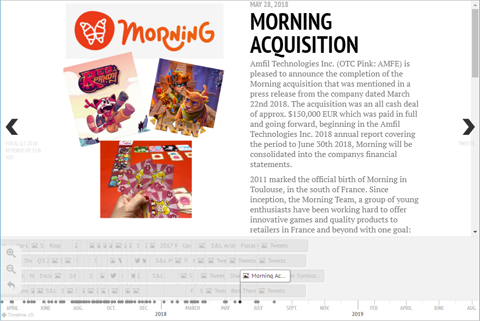 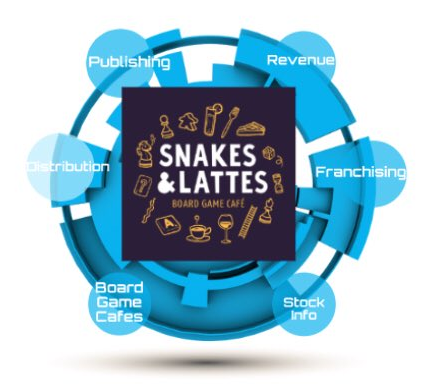 A visit to Snakes & Lattes Midtown - with Zee 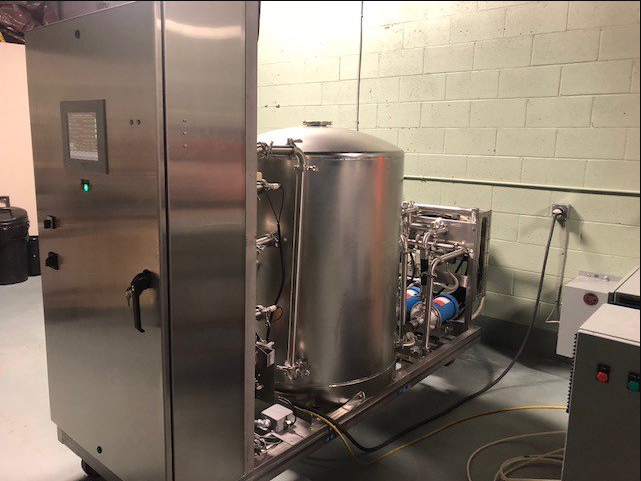 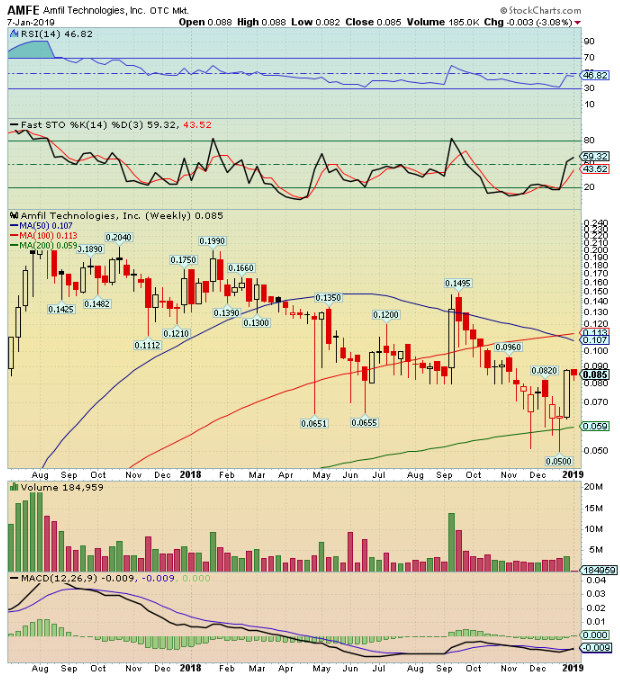 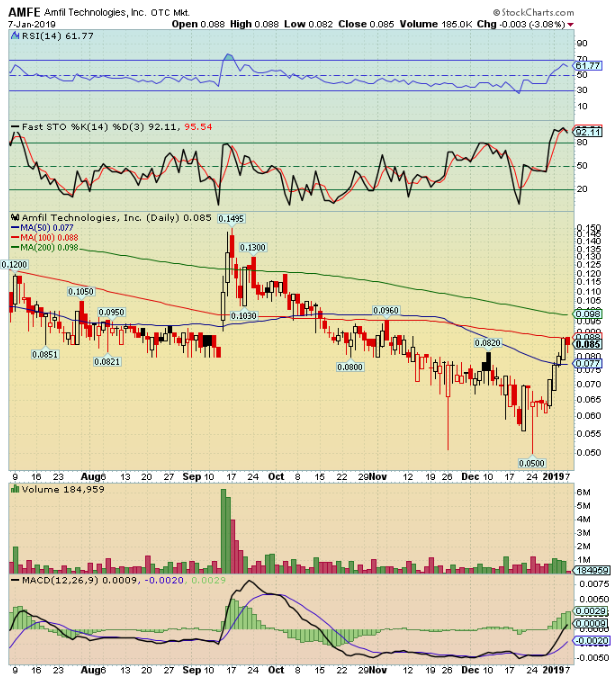