Add Applied Biosciences Corp. widget to your own site or blog

Industry Bulletin: This Is Your Body On CBD 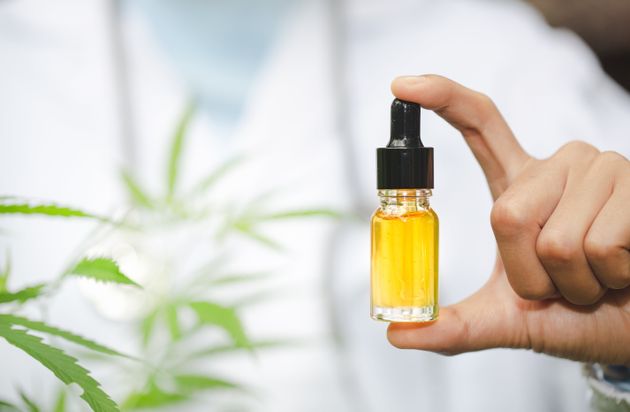 If it seems like everyone’s selling CBD (short for cannabidiol, a chemical compound from the cannabis plant), that’s because they probably are.

Unfortunately, most of these sources are unregulated, said Dr. Jordan Tishler, member of the medical advisory board at cannabisMD and president of theAssociation of Cannabis Specialists. This means that if you’re not careful about where you’re buying CBD from, you may actually be buying a product that contains little or no CBD at all.

“Many over-the-counter CBD products contain no CBD, or worse, may have dangerous ingredients in them like heavy metals or opiates,” Tishler said.

And it’s these easy access options, such as online retailers and even gas stations, touting CBD products that often leave people skeptical of it. But that shouldn’t necessarily be the case either, said Dr. Ethan Russo, director of research and development at the International Cannabis and Cannabinoids Institute.

“It’s easy to say because of the profusion of [CBD on the market] that it’s all witchcraft or snake oil, but that’s not the case,” Russo said. “CBD is a very versatile medicine that hasn’t gotten the attention it deserves over the decades.”

The other tricky part is that there haven’t been enough clinical studies conducted with CBD yet. And while there are plenty of anecdotal studies out there, this can make it difficult for physicians to educate both themselves and patients about CBD.

So, what does CBD actually do? Here, experts break down what they know for sure, including its role in your body, how much you need to feel its effects and what you should know before buying it.

You may experience less inflammation.

According to Dr. Rahul Khare, founder of Innovative Express Care in Chicago, CBD attaches indirectly to cannabinoid receptors in the body (these are responsible for a variety of functions throughout the body such as appetite, pain sensation, mood and memory). This process can also help decrease inflammation. In turn, CBD may help reduce chronic pain for some people.

“CBD won’t completely take the pain away like a morphine would,” Khare said, “but it may decrease it to a point where it makes the pain more tolerable.”

A review published in the journal Molecules found thatmedications containing CBD from a cannabis plant may be able to enhance a patient’s drug treatment for chronic pain and inflammation conditions. But note: They may work as a complement rather than a replacement to treatment, and one that is very dependent on the preparation, dosage and formulation.

You may feel less anxiety.

“People talk about CBD as being non-psychoactive, which isn’t quite true in the sense that if CBD were helping you with anxiety, then it would be psychoactive as it’s acting on your emotional well-being,” Tishler said.

In this instance, psychoactive doesn’t mean intoxicating, as is often associated with THC. Research published in the journal Neurotherapeutics found thatCBD may help short-term in cases of generalized anxiety, panic disorder, social anxiety and obsessive compulsive disorder, as well as post-traumatic stress disorder.

It’s also worth noting that cannabis with a higher CBD-to-THC ratio were used, and researchers found lower anxiety levels in THC-induced anxiety (a common side effect of THC) when administered together as opposed to using CBD alone.

A separate study from The University of Montana found thatCBD may attach itself to a serotonin 1A receptor in the brain, which has been a found mediator of anxiety, Russo said.

Though more research is needed, CBD may be able to help gastrointestinal issues caused by gastroesophageal reflux disease (GERD). A review published in Cannabis and Cannabinoid Research found that cannabinoid receptor antagonists (AKA parts of CBD that bind to those cannabinoid receptors in your body discussed earlier) decreased relaxation in the lower esophageal sphincter. When the lower esophageal sphincter relaxes too much, it can often lead to acid reflux, and thus CBD may be able to limit the occurrence of acid reflux and other GERD-related symptoms.

It could negatively interact with other medications.

“At truly high doses, CBD ― more than any other of the cannabinoids ― can interact with conventional medications and can potentially be dangerous,” Tishler said. “Particularly for someone who is older or has multiple medical conditions and is taking multiple medications.

One instance where CBD and prescription medication do not mix depending on the dosage is the case of warfarin, which is used to treat and prevent blood clots. One case study published in Epilepsy & Behavior Case Reports found CBD is a strong inhibitor of the CYP450 enzymes, essentially increasing how much warfarin your body absorbs, which could be dangerous and lead to complications like excessive bleeding or hemorrhage.

CBD could affect sleep — but maybe not in the way you think.

If you’re taking CBD to help with anxiousness or pain and it works, that in itself may help you get more rest.

“Many will say CBD lets them sleep at night because it’s decreasing anxiety and anxiety is the cause of that insomnia,” Khare said.

Using CBD purely to fall asleep won’t do much, however. “At extreme doses, CBD may be sleep-inducing, but it’s a misconception that it does that at low or moderate doses,” Russo said. “Some preparations of CBD are often associated with high levels of another compound called myrcene and that is sedating, but this creates a misconception that CBD is sedating.”

Those who are taking really high amounts of pure CBD with no THC, the component in marijuana that gets you high, may find they even have trouble falling asleep. (Tishler doesn’t recommend doing this, by the way, and classifies a high amount as 600 to 1,200 milligrams of CBD per day.)

“What we know is that based on the studies that we have, which are mostly in rodents, you need to take a really large amount of CBD for it to do anything [beneficial], and at those levels you’re more likely to experience jitteriness and wakefulness,” Tishler said.

Along with jitteriness, high amounts of CBD can also make you nauseous. According to Harvard Health, CBD mechanically acts similar to another natural substance if mixed with certain medications — grapefruit. Both prevent certain chemicals in the intestine from breaking down certain drugs in the body (like the aforementioned warfarin). So not only are you getting a higher dose of your prescription, that altered dose may be making you nauseous. The problem with CBD, in particular, is that it’s hard to know exactly what the appropriate dose is for you (more on that in a moment). That makes it easier to experience these unpleasant side effects.

What Else You Should Know About Using CBD

Aside from CBD’s effects on the body, there’s also some general information you should know about using it. The first one being, of course, there are still some legal issues around it. Although the law is often confusing for people and somewhat up for interpretation, CBD may still be considered as an illegal substance in many parts of the country.

If you are going to use CBD, here are some other points to keep in mind:

It’s called the entourage effect, and this means that in most cases CBD and THC work best together. (So, this is ideal for people who live where marijuana is legal.)

“This is the difference between a single chemical entity, such as cannabidiol and what the whole [cannabis] plant can do as an integrated preparation,” Russo said. “Multiple components produce synergy and a much better result than a single compound can alone.”

But this doesn’t mean if you use a cannabis product you’re going to get that “high” feeling associated with THC. In fact, Russo said that CBD is what’s called a negative allosteric modulator, which means it reduces the responsiveness of the cannabinoid receptors THC lodges itself to, which in turn blunts the psychoactive effects of THC.

Not all CBD is created equal.

Perhaps the biggest caveat of CBD is that you have to make sure you’re getting a good and safe source and taking the appropriate dosage for you, no matter what you’re taking it for. And if you’re not taking it under supervision of a doctor, this can be confusing — different states have different regulations, which make the requirements for testing CBD products different (or in some cases nonexistent) for both medical and recreational purposes.

“Because of the non-FDA approval, anyone can open up a CBD store and process it and try to sell it for a profit, and that’s what’s happening right now,” Khare said.