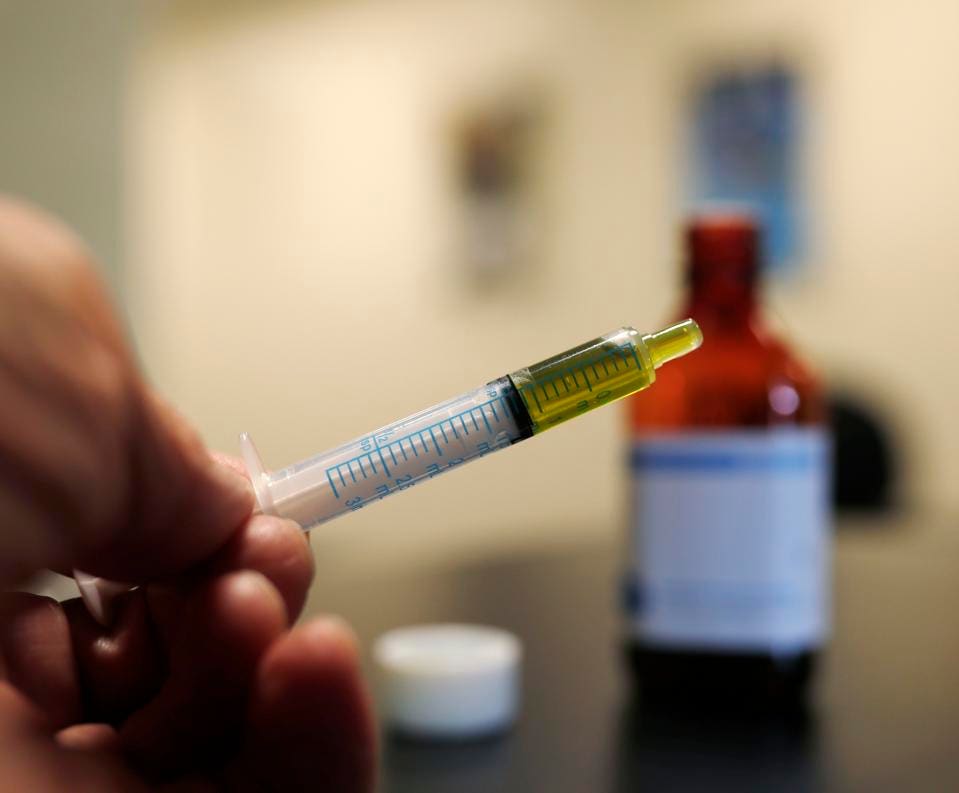 A World Health Organization (WHO) report has found no adverse health outcomes but rather several medical applications for cannabidiol, a.k.a. CBD, despite U.S. federal policy on this cannabinoid chemical.

According to a preliminary WHO report published last month, naturally occurring CBD is safe and well tolerated in humans (and animals), and is not associated with any negative public health effects [PDF].

Experts further stated that CBD, a non-psychoactive chemical found in cannabis, does not induce physical dependence and is "not associated with abuse potential." The WHO also wrote that, unlike THC, people aren't getting high off of CBD, either.

"To date, there is no evidence of recreational use of CBD or any public health related problems associated with the use of pure CBD," they wrote. In fact, evidence suggests that CBD mitigates the effects of THC (whether joyous or panicky), according to this and other reports.

The authors pointed out that research has officially confirmed some positive effects of the chemical, however.

The WHO team determined that CBD has "been demonstrated as an effective treatment for epilepsy" in adults, children, and even animals, and that there's "preliminary evidence" that CBD could be useful in treating  Alzheimer's disease, cancer, psychosis, Parkinson's disease, and other serious conditions.

In acknowledgement of these kinds of discoveries in recent years, the report continued, "Several countries have modified their national controls to accommodate CBD as a medicinal product."

But the U.S., the report noted, isn't one of them. As a cannabis component, CBD remains classified as a Schedule I controlled substance, meaning it has a "high potential for abuse" in the federal government's view. Nevertheless, the "unsanctioned medical use" of CBD is fairly common, experts found.

For many CBD users in the U.S., the substance's mostly unsanctioned and illegal state creates problems, especially as a wave of online (mostly hemp) and store-bought CBD oils and extracts have allowed patients to take the treatment process--and the risks involved in buying unregulated medicine--into their own hands and homes.

While CBD itself is safe and found to be helpful for many users, industry experts have warned that not all cannabis extracts are created equally, purely, or with the same methods of extraction.

And while reports of negative reactions to pure CBD are very few and far between, researchers are able to say that the cannabinoid wouldn't be to blame alone. "Reported adverse effects may be as a result of drug-drug interactions between CBD and patients’ existing medications," they noted.

As the cannabis reform nonprofit NORML reported, the WHO is currently considering changing CBD's place in its own drug scheduling code. In September, NORML submitted written testimony to the U.S. Food and Drug Administration (FDA) opposing the enactment of in

The FDA, which has repeatedly declined to update its position on cannabis products despite a large and ever-growing body of evidence on the subject, is one of a number of agencies that will be advising the WHO in its final review of CBD.

Perhaps this time around the FDA will listen, and learn something.

The report was presented by the WHO's Expert Committee on Drug Dependence, and drafted under the responsibility of the WHO Secretariat, Department of Essential Medicines and Health Products, Teams of Innovation, Access and Use and Policy, Governance and Knowledge.