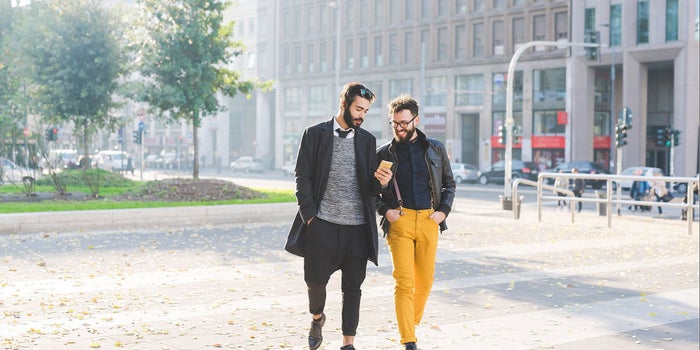 No matter what smartphone brand you own, chances are it traces its lineage back to Asia Pacific. It was either created by an Asian company, or assembled in one of the manufacturing hubs in the region, like China or Taiwan. Even as the handheld device industry evolves from smartphones to what are known as blockchain-based phones, Asia Pacific will most probably still maintain its lead in this industry.

Entrepreneurs must be aware of the new category of blockchain-based phones, if only because it will present an enormous opportunity for digitally inclined founders, just as the launch of the App Store and Play Store gave hundreds of thousands the ability to publish their products directly to consumers. The ecosystem that will emerge from the rise of blockchain-based phones in Asia Pacific will similarly give founders a new way to reach customers.

What entrepreneurs need to know

The two best examples are the Finney by Swiss company Sirin Labs, which will be manufactured by Taiwan’s Foxconn, and the Exodus, from Taiwanese company HTC. The features of each of these seek to serve consumers who already identify as cryptocurrency traders with domain-specific features.

The Finney, for example, has a cold storage wallet for storing Bitcoin, Ethereum, and other digital currencies, and a second touch screen that slides up from the body to indicate that it secure to transact with other crypto enthusiasts. The Exodus, for its part, will offer native encryption recovery—in the event a consumer loses their encryption keys for their digital wallet as well as the ability to mining crypto, though the mining power will not compare to a stand-alone commercial rig.

Both the Finney and the Exodus target crypto users, who prior to the advent of these devices, had no hardware to call their own. Now crypto users who sought to gain advantages through software like exchanges and widgets can turn to a phone that also does the same. The other approach to blockchain-based phones goes for a more generalist audience, as best exemplified by Singapore’s Pundi X, which recently announced the XPhone.

As the XPhone is built on its new Function X blockchain, owners will be able to send messages, make calls, and transfer data without the need for a telecom carrier. This ability makes the XPhone appealing to the growing body of consumers who are more security conscious in the wake of high profile hacks and privacy violations like the Facebook-Cambridge Analytica scandal. Users can communicate with one another peer-to-peer bodes well for a digital future that becomes safer even as it evolves.

The opportunity in decentralized apps

Why should entrepreneurs care about these blockchain-based phones? Each will have the ability to run decentralized apps, which is exactly what it sounds like: apps that run from a variety of nodes (i.e. the blockchain) versus a single device.

Entrepreneurs should be excited about decentralized apps because they can have all the same functionalities as the apps they are used to. They can have decentralized apps that focus on content, commerce, ride-hailing, messaging, fin-tech, social media, and everything in between. I operate in travel, an industry not typically associated with blockchain and crypto, and even I’m eager to produce a decentralized app version of my platform.

Founders should be excited about the next generation of platforms for decentralized apps as they represent a blue ocean, in stark comparison to the App Store or Play Store, both of which are over-saturated. You may think you have an original idea for an app, only to find similar products are already available with thousands, if not millions of downloads.

Blockchain-based phones, in contrast, give entrepreneurs the ability to get in on the ground floor. If they have an idea for a decentralized app, they can enjoy a first mover advantage in publishing it to these blockchain-based phones as they go live. With most of these phones still months away from a commercial release, entrepreneurs have more than enough time to not only build their decentralized app, but a moat to defend it from competitors.