Uranium Producer Cameco -- Buy This Stock Now, While It's Down

As global warning becomes an ever-greater concern, even many environmental activists are embracing nuclear power as a cleaner alternative to fossil fuels. 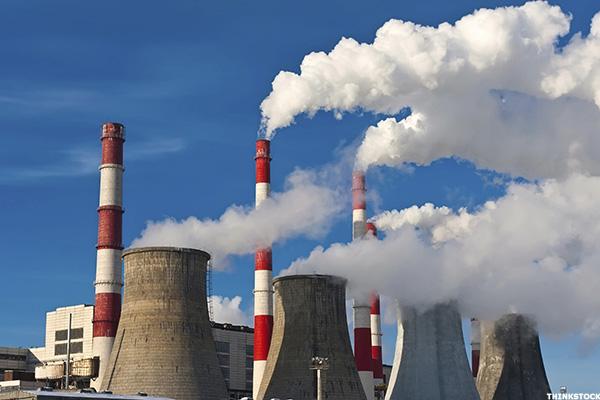 Want an exciting energy-related stock? It might not be a household name, but Cameco (CCJ) is one of the world's largest uranium producers.

The stock has fallen 24% so far this year on concerns about weak uranium prices, but it should make a strong comeback as those prices recover and demand from China grows. 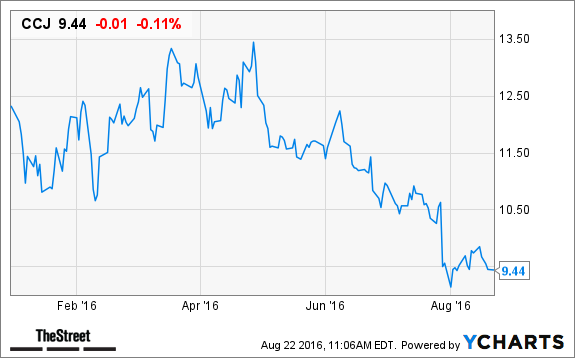 SMALL INVESTMENT, BIG POTENTIAL. TheStreet's Stocks Under $10 has identified a handful of stocks with serious upside potential. See them FREE for 14-days.

What makes Cameco special? The company boasts that it has controlling interests in the world's largest high-grade uranium reserves, that it has a large number of low-cost mining operations and that it mines are geographically diversified. Its uranium products are used to produce clean electricity in nuclear power plants around the world.

In 2006, Cameco had C$1.82 billion in annual sales. But starting in 2011, annual revenue has been C$2.3 billion or more each year, and in 2015 it clocked in at C$2.75 billion. It's true that during that time earnings per share have fallen, but the stock continues to offer an attractive dividend yield (3.2%), backed by a comfortable payout ratio.

You can't look at this stock as a get-rich-quick investment. Instead, this is a long-term bet on the potential growth of nuclear power. Nuclear reactors, regardless of the controversies, are the future of energy. Cameco remains the best bet to get into this massive money-making theme.

China's economy may be in the midst of a slowdown, but it's still a powerhouse economy and has huge energy needs. The country will continue to expand its nuclear power capacity. At present, China has 34 nuclear reactors in operation. Another 20 reactors are under construction.

The crucial question is, who will supply all the fuel for those reactors? Cameco will be an important supplier and already has done deals with Chinese nuclear power producers.

SMALL INVESTMENT, BIG POTENTIAL. TheStreet's Stocks Under $10 has identified a handful of stocks with serious upside potential. See them FREE for 14-days.

Barring leaks or radiation or reactor meltdowns, nuclear energy is one of the cleanest sources of energy. With spiraling emissions of carbon dioxide linked to global warming, nuclear reactors are a smart way to realistically reduce greenhouse emissions. This is a key advantage for Cameco, although it could take time for uranium demand to grow enough again to start eating away at supply.

Don't read much into Cameco's unanticipated second-quarter loss. The company says it's a result of too much supply in the face of existing demand.

But that will change eventually. Uranium Energy CEO Amir Adnani recently said that cutbacks in production, combined with new reactor construction, will cause uranium prices to increase. And Morningstar analyst David Wang predicts that uranium will more than double by 2019, to about $65 a pound from $26 levels now.

With a forward price-to-earnings ratio of 13.2, Cameco's stock appears cheap. Its price/earnings-to-growth ratio, based on analysts' earnings forecasts for the next five years, is 2.7, which looks cheap compared with the industry average of 3.5.

With manageable debt, a solid supply chain, access to quality assets (410 million pounds of reserves) and sharp management, Cameco is a solid investment opportunity that deserves your attention. On average, analysts expect the stock to gain 37% over the next 12 months.