Hub Navigation
Message: Why Cliffs Natural Stock Is Up 270% This Year? (CLF)
Reply New Message
Back To Forum List View 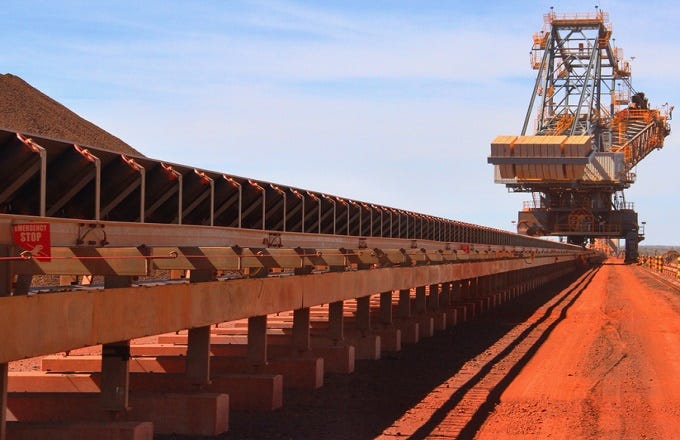 Shares of Cliffs Natural Resources Inc. (CLF) lost some steam last week, falling as much as 6%, thanks in part to news of a ratified labor agreement struck between the company and the United Steelworkers (USW) union. The ratified contract is for three years and covers a total of 2,000 USW-represented union workers at multiple mines in Michigan and Minnesota.

Although the improved labor agreement bodes well for Cliffs' employees, there's uncertainty about what it might mean for the company. Cliffs' shares have moved sharply in the past two trading sessions on strong volume, suggesting that investors aren't taking chances with the impact the new labor deal might have on Cliff's profits moving forward. Despite last week's decline, Cliffs shares are still up 270% year-to-date. To what extent does a new labor deal threaten the company? (See also: Cliffs Natural Falls on Ratified Labor Contract.)

Cliffs Natural Resources shares skyrocketed almost 400 % to Friday's close of $5.85 from their 52-week low of $1.20 on Jan.12. Aside from improved pricing environment for iron ore, the company has also benefited from recent energy deals for mines. Notably, Cliffs Natural has recently struck a new 10-year deal with ArcelorMittal (MT), which now accounts for almost 40% of Cliffs' total revenue and 50% of the business Cliffs generates in the U.S.

The long-term deal with ArcelorMittal and other such contracts the company has struck has added much-needed stability to Cliff's future revenues. However, Cliffs, which has reported sharp losses over the past couple of years, is still susceptible to any sudden drop in commodity prices. And this makes the focus on its capital structure and the cost structure even more important. (See also: Has Cliffs Natural Resources Gotten Oversold?)

In that vein, Cliffs' cost structure has improved to the point where it has resulted in not only positive earnings but also rising EBITDA which grew to $102 million in the second quarter. However, the new three-year collective bargaining agreement with the USW, which involved higher wages and benefits, may threaten Cliffs' improved costs structure and ultimately its stock price.