Agreement increases ELSE distribution potential network by 4,200 chain and independent retail locations throughout the U . S . and in Bermuda

VANCOUVER, BC , March 23, 2021 - ELSE NUTRITION HOLDINGS INC. (TSXV: BABY) (OTCQX: BABYF) (FSE: 0YL) ("Else" or the "Company") the Plant-Based baby, toddler and children nutrition company ,  announces that it has signed a distribution agreement with U.S. based Imperial Distributors of Worcester, Massachusetts. Imperial is recognized throughout the Northeast, South Atlantic and Midwest U.S. states as a leader in distribution, merchandising and category management. 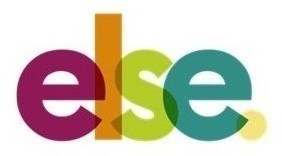 "Partnering with Imperial distribution offers a regional view and a strategic relationship with several regional mid-tier and key accounts in New England and beyond. They're indeed a distribution leader throughout the Northeast and Mid-Atlantic states," said Hamutal Yitzhak , CEO and Co-Founder of Else Nutrition. "We look forward to Imperial playing a key role in our growth in this core region, commencing with Big Y in April of this year," she added.

Imperial Distribution's corporate and best-in-class distribution centers are located in Worcester, MA. Imperial Distributors calls on over 4,200 chain and independent retail locations throughout the U.S. and in Bermuda and delivers health and personal care products, seasonal items, and other non-food general merchandise. Customers include independent retail stores and large supermarket chains such as Big Y, Whole Foods, Price Chopper and Stop & Shop. Imperial Distributors ships more than 1.3 million units each week from its Massachusetts -based warehouse and distribution centers. The company was founded in 1939.

About Else Nutrition Holdings Inc.

Else Nutrition GH Ltd. is an Israel -based food and nutrition company focused on developing innovative, clean and plant-based food and nutrition products for infants, toddlers, children, and adults. Its revolutionary, plant-based, non-soy, formula is a clean-ingredient alternative to dairy-based formula. Else Nutrition (formerly INDI) won the "2017 Best Health and Diet Solutions" award at the Global Food Innovation Summit in Milan . Else Plant-Based Complete Nutrition for Toddlers was recently ranked as the #1 Top seller in the baby and toddler formula category on Amazon. The holding company, Else Nutrition Holdings Inc., is a publicly traded company, listed as TSX Venture Exchange under the trading symbol BABY and is quoted on the US OTC Markets QX board under the trading symbol BABYF and on the Frankfurt Exchange under the symbol 0YL. Else's Executives includes leaders hailing from leading infant nutrition companies. Many of Else advisory board  members had past executive roles in companies such as Mead Johnson, Abbott Nutrition, Plum Organics and leading infant nutrition Societies,  and some of them currently serve in different roles in leading medical centers and academic institutes such as Boston Children's Hospital, Pediatrics at Harvard Medical School , USA , Tel Aviv University , Schneider Children's Medical Center of Israel , Rambam Medical Center and Technion, Israel and University Hospital Brussels, Belgium .