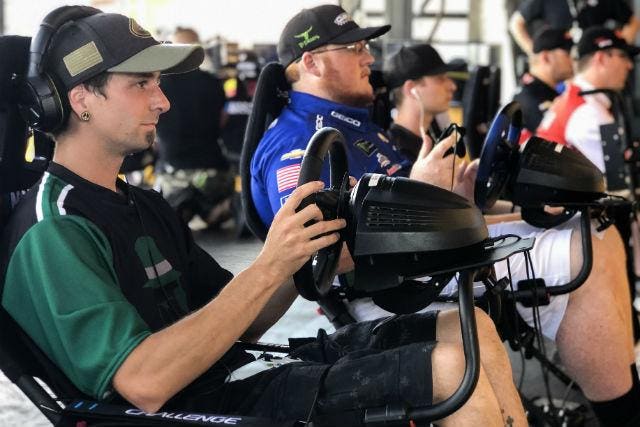 This past weekend at the Charlotte Motor Speedway the first ever NASCAR esports league got underway, with the action taking place alongside the Coca-Cola 600 race.

This race was the opening of the eNASCAR Heat Pro League, a major esports league that features 30 drivers from 15 race teams, which are owned by prominent NASCAR race teams. The league will feature 16 races across a variety of tracks, with the league concluding at the 2019 NASCAR playoffs later this year. It was streamed on the NASCAR Facebook page, along with the 704Games Twitch livestream.

"Charlotte Motor Speedway was the perfect venue and environment to drop the green flag on the eNASCAR Heat Pro League season,” said Ed Martin, managing director of esports at 704Games. “Our drivers fed off the energy of the crowd and the thrill of competing on the busiest day in Motorsports, delivering incredible action to fans in attendance and watching around the world through our livestreams. It was exciting to see the best players from across the country capture the NASCAR drama and excitement through the NASCAR Heat 3 game before transitioning to Coca-Cola 600 action. When 704Games, the Race Team Alliance and NASCAR set out to create the first-ever eNASCAR league on consoles, this is what we had envisioned.”

Gravitt, who won the PS4 competition, is just 16 years old, and decided to try and compete in the league after playing with friends who wanted to see how well they could do in the qualifiers. He quickly noticed he was pretty good, and went on to earn a spot in the competition before going on to win it.

After the opening race in the competition Team Penske Esports are at the top of the team standings with 78 points. Just below them is Wood Brothers Gaming with 73 points and then JR Motorsports and Petty Esports are tied for third with 70 points. Nine of the remaining teams are within 10 points of third place, meaning the standings could easily change very quickly.

The next race in the eNASCAR Heat Pro League takes place on Wednesday, May 29, with the action being broadcast on the NASCAR Facebook page and the 704Games Twitch livestream.