Global Esports Popularity Give Gamer Companies Reason To Be Bullish 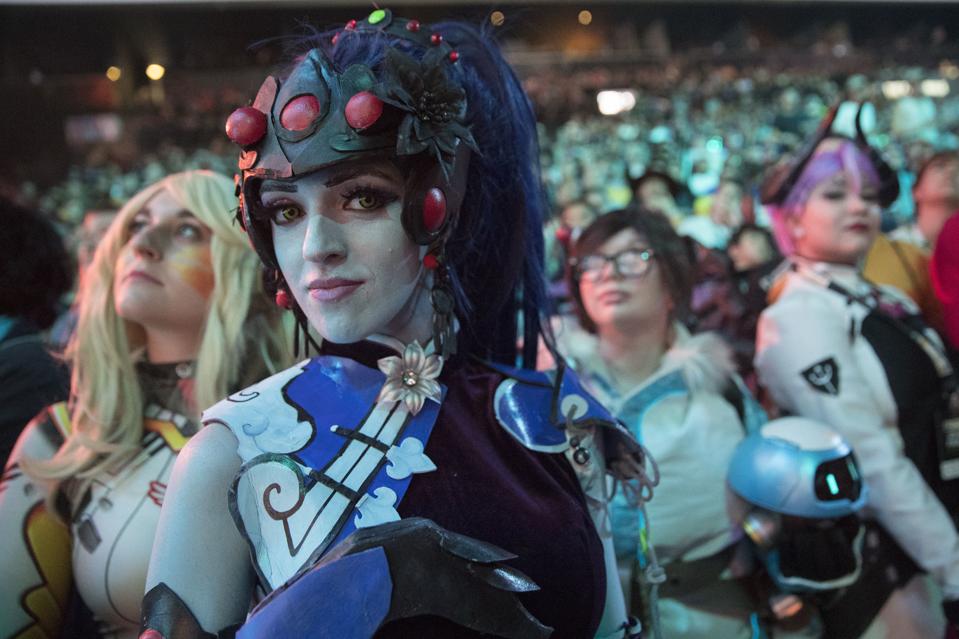 Right now, somewhere in China, bulldozers and crane operators are building a new theme park. It’s not the latest Lionsgate Park you’ve read about, centered around themed attractions based on movies like Hunger Games. Oh, it’ll have roller coasters and stuff. But this amusement park is different. It’s designed for gamers.

Esports have joined the big leagues, Goldman Sachs analysts wrote in a recent report about the new subsection of the video game industry. China aside, the esports industry already has a larger audience than Major League Baseball.

Goldman estimates the monthly size of competitive esports gamers, 167 million as of year-end 2018, will hit 276 million by 2022, basing their forecast on a NewZoo survey.

“China has been ahead of the curve on this; all of Asia really,” says Menashe Kestenbaum, CEO of Enthusiast Gaming in Toronto. “If you see an arena jam-packed with gamers, it’s probably somewhere in China or South Korea,” he says.

Bill Coan, the CEO of ITEC Entertainment, the guys behind China’s gamer theme park now under construction in a “top secret location,” is predicting the future of the gaming industry, driven in part by esports. Picture arenas where gamers in bulky headphones are playing video games on large, concert-size screens against some of the best players in the world (who will have the cooler headphones).

“If we are as successful at this as I think we will be, every city will want one,” he says.

Asia’s online population dwarfs other regions. It’s hard to compete with 3 billion people between China and India alone. In China, they watch gamers teach how to get to the next level in a shooting game or compete head-to-head in teams on streaming content providers. 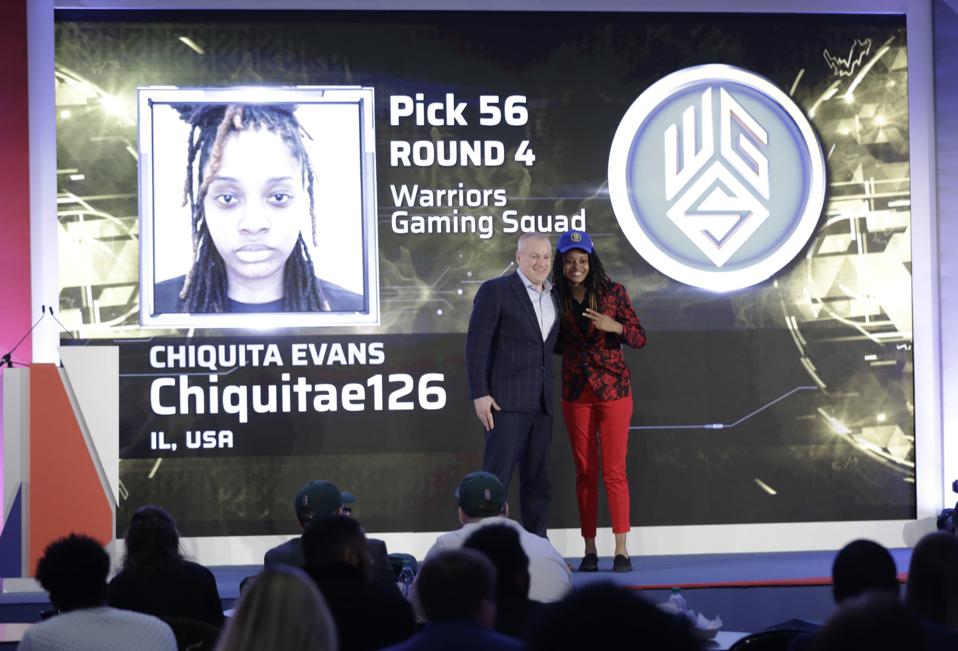 The esports NBA draft: Chiquita Evans poses for photographs with Brendan Donohue after being selected as the 56th pick overall by the Warriors Gaming Squad for the NBA's 2K League on March 5, 2019, in New York.

In the U.S., they do the same, watching gamers on YouTube and Twitch. Some fans are not even gamers. Instead, they are watching it for the personalities themselves, commenting on their game play.

Dan & Phil, two U.K. guys who play The Sims and make videos of themselves playing it, have more views on a five-minute upload to their YouTube channel than prime-time news programs on CNN, MSNBC and Fox. (They’ve recently gone on a YouTube hiatus.)

For live streaming games in the U.S., Amazon’s seven-year-old Twitch.TV is No. 1.

According to Goldman Sachs, the total number of minutes spent watching gamers play or discuss video games on Twitch rose 22% from 2016 to 2017 to 355 billion minutes.

Esports have long been popular in Asia. Now the North American market is growing at breakneck speeds. Newzoo projects that the North American region will have generated $335 million in industry revenue, and will account for over a third of global esports revenue.

“I know this is big. I left my regular career for this world,” says Kestenbaum, 34, who considers himself more than just a gaming hobbyist. “This is a whole new industry, a bit like the old video gaming industry, but also more of an entertainment and advertising model like traditional sports. That’s an emerging market.” 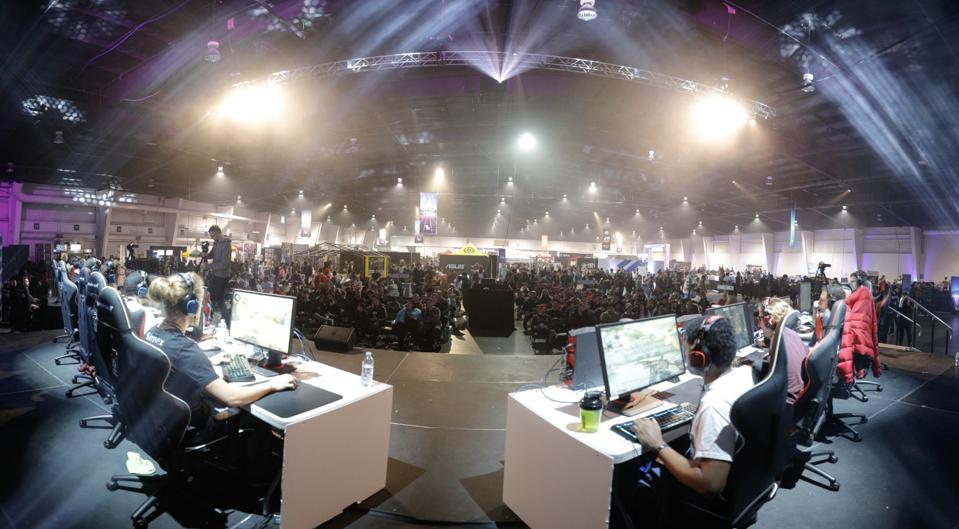 Kestenbaum says he grew up in a family of rabbis. He studied and later taught theology in Israel while moonlighting as the blogger “Nintendo Enthusiast” back in 2001. Like everyone else in the business of gaming content, he learned he had a Field of Dreams in his backyard. If you built it around gaming in the early 2000s, the fans would come.

Four years ago, Kestenbaum built Enthusiast Gaming in Toronto with around $4 million in seed capital. He built it on the idea that hobbyist and lifestyle gamers were reaching a critical mass like traditional sports. Enthusiast’s network of gaming websites, including the old Nintendo Enthusiast and Daily Esports, have a combined 150 million visitors each month, based on April Google Analytics. Monthly visitors across the network was 2 million monthly visitors in 2015 and has doubled since it went public in October 2018. In mid-May, Enthusiast Gaming stock was up 171% since their IPO, beating the MSCI Canada.

In terms of page views and users in the gaming information category, Enthusiast Gaming rose to the top 5 since going public, according to Comscore.

All of this serves a testament to the growth in the video gaming industry. Some games (think Fortnite) easily have more revenue than TV and movies.

The model for companies like this is relatively straightforward: exploit gaming by making it the new Hollywood, the new Disney World, and the new major league sports wrapped in one. Jumble it all together, and package it like you were packaging any other entertainment. Sort of like being the ESPN, NBA and a team sponsor rolled all into one: the distributor, the platform brand, and the gamer team. Within the subsection of esports, companies sell tickets to events no different than they would a concert. In the future, these games, in aggregate, will earn as much or more than the Superbowl due to a global audience. 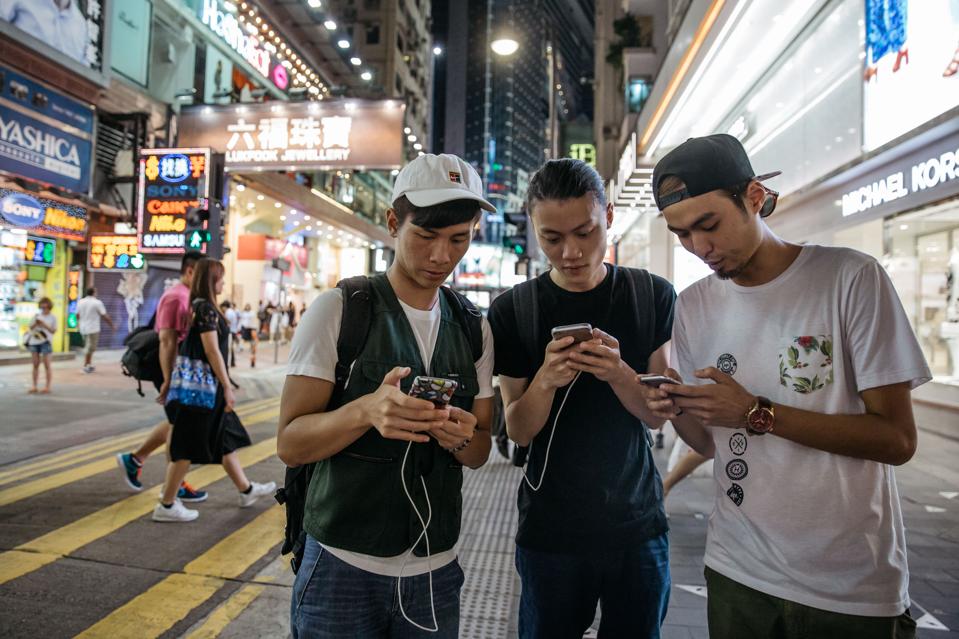 “The content consumption in esports is going grow; not only the streaming of the gaming events themselves, but also the popularity of the gamers and influencers is growing. They are celebrities and brand ambassadors,” says Henri Holm, CEO, FandomSports. They launched a mobile gaming app this month that bridges traditional sports with video game sports, creating content around the two.

“There is the learning aspect of watching gamers on any given platform or channel, and there is the entertainment aspect of it,” says Holm. “It all rakes in so many eyeballs. And that changes the entire advertising landscape. Advertisers will follow.”

Esporting events account for around 9% of gaming companies revenue. Media rights are another 14%. Most of the money comes from corporate sponsors of events and online advertising. It’s the same model worldwide.

Activision signed a two-year $90 million deal with Twitch to distribute Overwatch League in North America. The Overwatch League is a professional esports league for players of the video game Overwatch. Like traditional sports, it has permanent teams and regular season play for prize money.

Investors are tuned in.

Esports companies like Cloud9, founded in 2013, have 27 venture capital funds invested. The Santa Monica-based gaming company that sponsors teams in League of Legends, Call of Duty and Counter-Strike got $53.6 million in its latest Series B round, almost half Enthusiast’s current market cap fully diluted right now at $130 million.

Kestenbaum did 12 acquisitions this year, including a $20 million purchase in April of The Sims Resource (TSR), the largest Sims community in the world. Worth noting, TSR is the largest female video gaming content site in the world and is ranked on Quantcast’s Top 25 websites with the highest concentration of female audience in the U.S., close behind Oprah.com, according to the company. TSR gets 2.5 billion page views per year, based on Google Analytics.

“We rather create partnerships than build organically,” Kestenbaum says. “Alibaba and Tencent want to do this here. And with the China trade war they may be more apt to do something with us in Canada than with the U.S.,” he says, adding that most of their content traffic comes from the U.S. They also have offices in Los Angeles.

Alibaba has partnered with Enthusiast at their gamer event EGLX in Toronto. The event is named after their ticker symbol.

Last year, Alibaba ran a tournament for various games at EGLX. Players from different countries competed against each other in games including Counter-Strike and Dota, a capture-the-flag type of team esport that’s big in China.

EGLX is growing, though it has nothing to do with the Chinese.

It’s gamers. Hobby gamers and lifestyle gamers, who Kestenbaum refers to as “the mother lode” for companies in the space, are everywhere today. 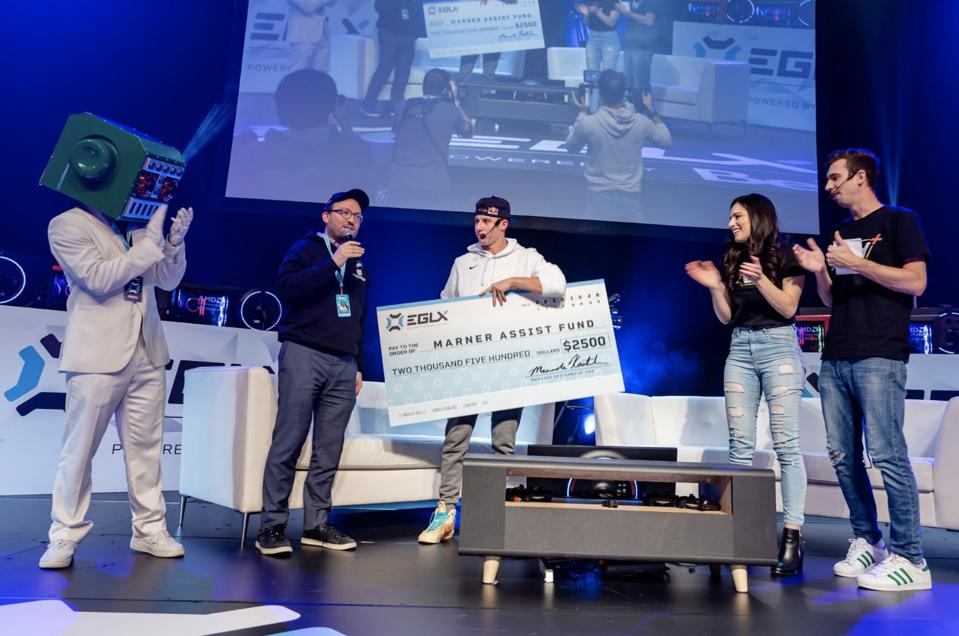 Kestenbaum presents NHL player Mitch Marner with a check for his Fortnite charity match against a gamer from Chai Lifeline, a nonprofit working with cancer patients. Destructoid's mascot and the Kinda Funny Games team look on.

Their esports matches had combined payouts of $100,000, and were held in a 100,000-square-foot room. When they do this again in October, Enthusiast says it will need 200,000 square feet because there was not enough room last time.

“There is a lot of content you can create around that scenario alone,” Kestenbaum says.

Holm’s from FandomSports agrees. Last year they found a soccer super fan in Joinville, Brazil. “We flew him from Brazil to St. Petersburgh in Russia to watch Brazil play Costa Rica. For us, it was a content cost. We made him a star and put his journey on our website and Youtube channel. Brands love to be a part of that.”

It’s a fantasy world. But it’s easier to become a virtual athlete than a real one. Universities from the U.S. to China are getting in on the act. They’re teaching students how to manage events, how to play games. It all sounds ridiculous, but many schools said the same about ice hockey and soccer a hundred years ago.

Video game teams have a fan base just like the New York Yankees have fans. Those teams earn real money. The Fortnite Tournament Prize pool is $100 million. Yes, teams have to practice.

Individual gamers are the new celebrity. 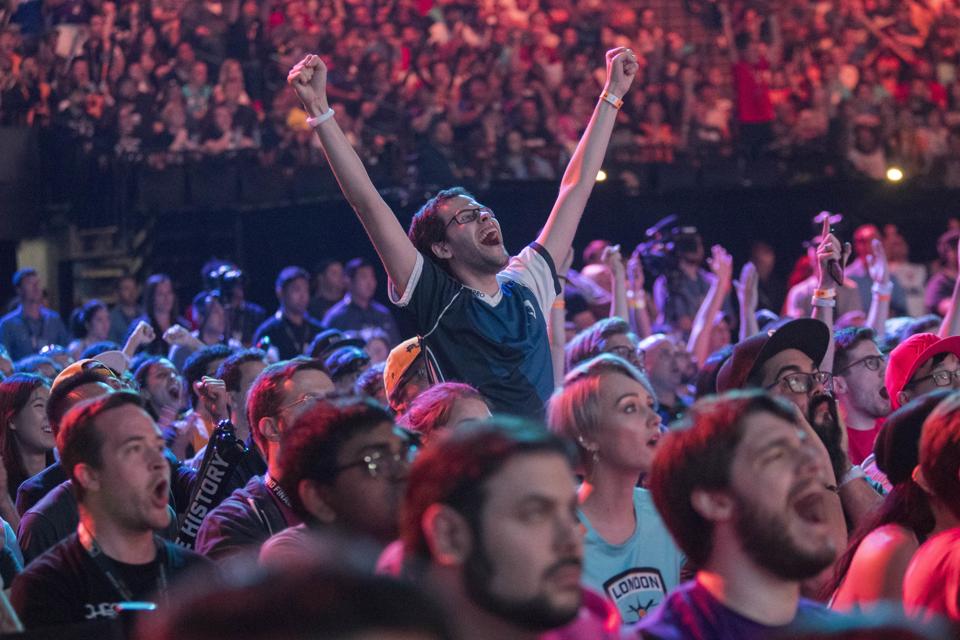 Not a rock concert. Overwatch gamer fans watch a competition at a packed Barclays Arena in July 2018. (AP Photo/Mary Altaffer)

Ninja, an online personality who live-streams himself playing video games on Twitch and was a part of Luminosity Gaming, a Canadian esports team backed by the owners of the Vancouver Canucks, makes around $1 million—per month, according to eSportsearnings.com.

To put the Dota prize money into perspective, it pays twice that of Wimbledon and The Masters PGA golf tournaments.

Goldman Sachs forecasts esports audiences to reach 194 million this year. Next year will be bigger. They have to watch those games somewhere, physically and online. “I wouldn’t be surprised if you see an esports arena at Disney someday,” says Coan from ITEC.

How long before Disney or Universal buy the rights to the Super Mario Brothers?

The U.S. and Canada are the largest esports market, with revenues of $409.1 million, according to NewZoo’s 2019 Global Esports Market Report.

China is bringing up the rear. The Chinese market for esports will generate an estimated $210 million this year, overtaking Western Europe to come in second place after North America.

“It all stems from the lifestyle gamer,” says Kestenbaum. “They’re the type of gamer who consumes content about video games the way someone in the market checks Bloomberg. They go to events. They pay to meet and play with celebrity gamers. Gaming is no longer only about game publishers selling a gaming app or a console game for Nintendo,” he says. “There are cultures around these things. You can be Twitch and provide a platform and watch people play and talk about your favorite game,” he says.

Yes, Dan and Phil have taken their Sims gaming enthusiasm to a live studio audience at arenas in the U.S. They were in Providence, Rhode Island, at the Dunkin Donuts Center late last year.

Kestenbaum sums it all up for investors: “The opportunities here are absolutely enormous.”

For media or event bookings related to Brazil, Russia, India or China, contact Forbes directly or find me on Twitter at @BRICBreaker