View Narrow Widget View Wide Widget
Message: More than a game: the unstoppable growth of Esports and Esports Entertainment Is At The Forefront
Reply New Message
Prev Message Back To Forum Threaded View Next Message

More than a game: the unstoppable growth of Esports and Esports Entertainment Is At The Forefront

WHAT YOU NEED TO KNOW 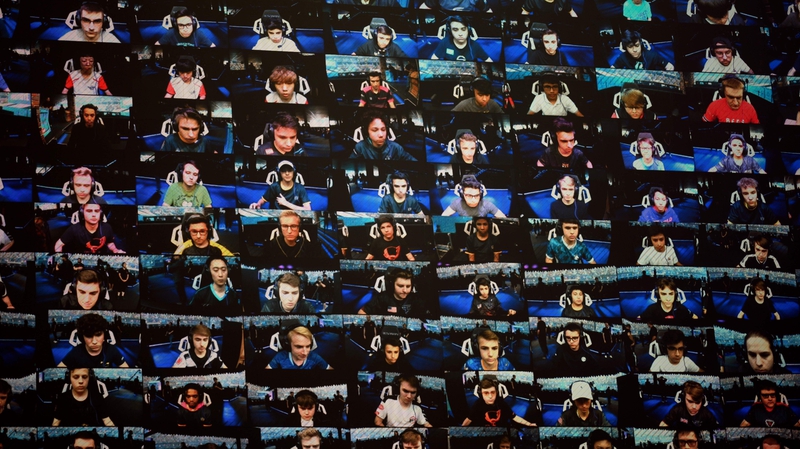 Analysis: competitive multi-player video gaming is now a global phenomenon and a way for schools to engage children in new and dynamic ways

Would you be so quick to shut off your child’s video game system if you knew that it could be a portal to a scholarship at an international university or a career in a billion-dollar industry? What about if it led to a reduction in your child’s anxiety, better connections with his/her peers or an interest in developing better sleep and nutritional habits?

A change may be ahead thanks to the evolution of esports and growing media attention for events like 16-year-old Kyle "Bugha" Giersdorf's recent $3 million win at the Epic Games Fortnite World Cup in New York (and Dubliner Joshua Juliano winning $50,000 at the same tournament). These are the types of questions parents and educators are asking themselves in environments where esports are done right, holistically considered and responsibly deployed.

But first, a pause for those quizzically cocking their heads to the side: what exactly is esports?

Esports is organised, competitive, multi-player video gaming. Much like how when we talk about traditional "sports" which encompass basketball, football and swimming, there are a lot of games that fall into the realm of esports. Titles such as League of Legends, Overwatch, Super Smash Bros Ultimate, Rocket League and  Fortnite are among the most popular.

Of course, dedicating hours to playing these games on its own does not make someone an esports athlete. While tossing a ball around the yard with friends can be considered "playing football", it takes organisation, dedication, discipline and training to be "a football player." And there's a similar difference between casual gaming and esports.

In schools across the United States, we are always looking to engage children in new and dynamic ways. Of paramount importance is meeting children where they’re at: what do kids naturally love to do and how can we add value to that space without negatively impacting the joy they find there?

From RTÉ Radio 1's Morning Ireland, an interview with Mark Campbell from the Lero esports research lab at the University of Limerick

Pew Research shows 97% of boys and 83% of girls aged 13 to 17 in the US identify as being a gamer of some kind. Those demographics cut across race and socio-economics. To responsibly guide the evolution of esports in education and harness its potential, we must tap into the intrinsic motivation - or behaviours based on inherent enjoyment - of gamers and embrace the opportunities for connection offered on the gaming field.

Being respectful in our messaging is one of the first steps to take. Would we tell kids that they draw too much? Dance too much? Play an instrument too much? Hopefully not. Yet too often, video games are dismissed as "a waste of time by adults who have not researched the profoundly positive impact they can have when implemented responsibly. The modern space in which the majority of children are choosing to engage in some way is in video games so let's meet them there and understand why instead of negating their passion for play.

There are five core attrributes which should be at the heart of any program your child joins or your school implements:

(5) Respect the Importance of play

Esports redefines athletic culture by encouraging children of all races, abilities and genders to compete in a space where their passion for play is the most prominent part of their identity as an athlete. Esports is an opportunity for everyone to come together in a shared space around a love of gaming.

In bringing children together across demographics, you diversify opportunities for their participation in extracurricular activities. Research shows that students engaged in extracurricular activities have higher grade point averages, better attendance and increased graduation rates. Many children who do not fit traditional athletic ideals are often left on the margins, but participating in esports draws them into a community in which they belong.

Having children intrinsically motivated to be part of their school’s esports experience, the conversation then begins to shift towards things typically not associated with video games such as positive mental and physical health. The importance of good sleep habits, proper nutrition and a dedicated exercise regimen are critical aspects of a responsible esports program. Kids are far more likely to pass over energy drinks in favour of water when they learn, for example, how their gaming performance is negatively impacted after the sugar crash. They also learn to choose snacks that increase their focus during tournaments or to take part in exercises (like yoga and weights) that help regulate their heart rate and add stamina during matches.

As part of this ecosystem, we employ aspects of traditional sports training. Weight training helps develop complex reasoning skills and aerobic training promotes problem-solving skills. Additionally, research indicates that two of the best ways to promote good mental health are with positive adult interactions and through play. The key is meeting kids in the space they love to deliver the messaging.

From RTÉ 2fm's Game On, Rob Wright from RTÉ Sport on the growth of video games as a sport in Ireland and globally

US colleges and universities have begun to take note of esports and are attracting students with scholarships of varying sizes. In 2023, there will be an estimated $100m (€90.6 million) in scholarship money available related to esports. The opportunity to access these scholarships is greatly enhanced when primary and secondary schools formally embrace esports.

Higher learning institutions recognise that esports is a billion-dollar industry in which playing games is just one element. Marketing, sports nutrition, broadcasting, psychology, esports law, business management, digital art, storytelling, computer science: these are just some of the career paths through this new ecosystem.

Probably the most important aspect of esports to be considered is that, at its heart, this is all about play. By providing these environments for children to play, we are helping to defray the issue of online toxicity and helping them navigate their world as we would on a traditional playground.