Peter J. Hawley, CEO and President, remarks, "The fence of drill holes 4,5 and 6 are located approximately 125 meters to the east of the previous fence of holes 1, 2 and 3 which have been reported.

"As expected, as we traverse eastwards the edge of a secondary north - south structure trend is starting to be encountered. Hole SM20-04 drilled at -60 degrees intersected 12.5 meters grading 22.37 g/t Ag Eq at -200 meters vertically in a north - south trending fault which has displaced the Santa Maria Structure slightly to the south. This displacement is also quite evident in the first priority east to west northern IP anomaly IPSM-04 which has the same offset as we have encountered.

"These intercepts add weight to the proposed theory that not only do the north - south structures slightly off set the east to west structures but they are more importantly mineralized. We expect to see this become more pervasive in the next fence of holes a further 200 meters to the east and to be in the middle of what is interpreted to be the center of the North - South structure intersecting the Santa Maria.

"These drill holes plus the results from hole SM20-06, to be announced, adds to the drill sections and interpretation on the newly interpreted Santa Maria structure and clearly defines the structure from surface down to -350 meters vertically, which is the deepest hole ever drilled on the property. The structure remains very conformable and intersected exactly where predicted, which bodes very well for the expansion of Santa Maria and increasing the present NI 43-101 resources on the property with only 5 drill holes drilled to date."

Peter Hawley continues, "The data being obtained from this fence of drill holes with the mineralized north - south structures now evident should not only help target adding silver ounces to the overall resource but also allow us to interpret and model the behavior of this robust mineralized system for future drilling as we expand outwards from the present resource. We now have two mineralized plumbing systems starting to intersect which bodes well for the future drilling."

Drill holes SM20-04, SM20-05 and SM20-06 are drilled on the same section with all holes targeting the sulphide intercept of the Santa Maria vein and related structure, plus north - south structure potential. 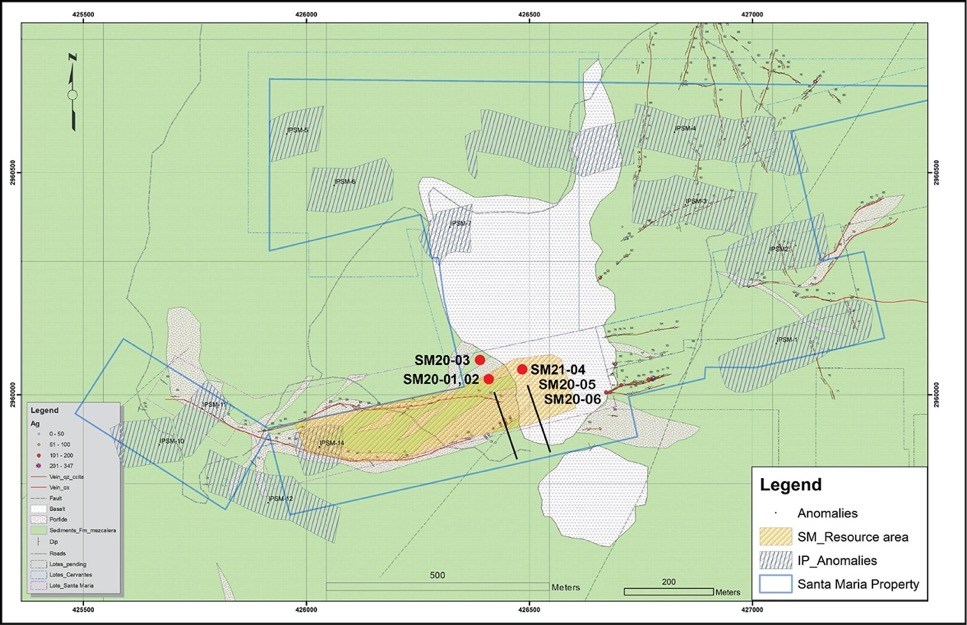 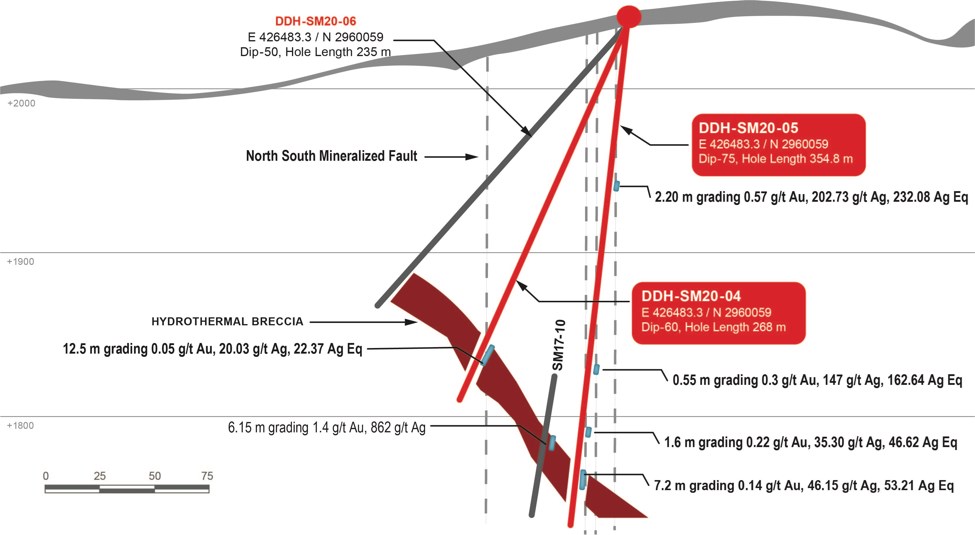 The Company has entered into an agreement with Golden Minerals Company to acquire the Santa Maria project, a high-grade silver-gold property situated in the center of the Mexican epithermal silver-gold belt. The belt has been recognized as a significant metallogenic province, which has reportedly produced more silver than any other equivalent area in the world.