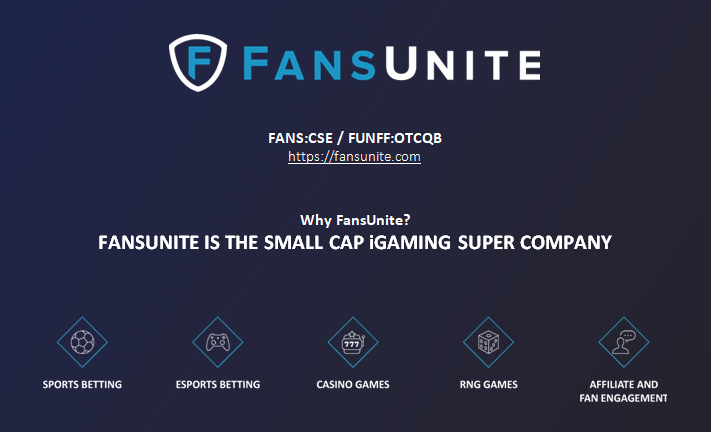 The global online gambling market could potentially hit $1 TRILLION by the end of this decade.  That is not a typo and the obvious reasons include the following:

1.  Exponential growth in the number of people online.  Yet only 59% of the world means more to come.

2.  Fast growth in the number of countries and jurisdictions legalizing gambling to collect tax revenue.

Until recently, however, small-cap investors did not have a company that could provide them ground floor exposure to this massive market and its growth over the next 10 years.  The industry was dominated by the big traditional gambling companies, who focus heavily on old fashioned gambling.

That all changes with FansUnite, the small cap iGaming super company that goes beyond simple gambling and attacks both sides of the iGaming market by offering:

The formation of this iGaming super company became a reality when FansUnite acquired Askott Entertainment recently, the highlights of which are as follows: 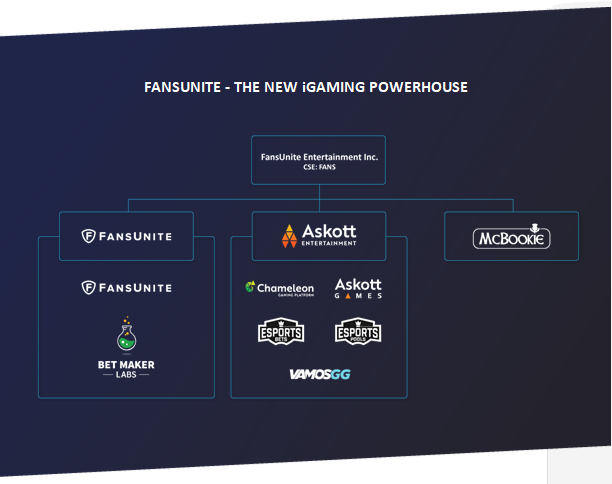 For those of you who don’t know what Esports is, it can easily be described as the professionalization of video games.  Whereas video game players were once stereotyped as basement dwelling geeks, today’s top esports players and teams make millions of dollars competing in online tournaments that are watched by millions of people around the world …. 520,000,000 to be exact.

To put the size of esports into perspective, by 2021, esports is projected to have more viewers than every major sports league in the world except the NFL.

Esports revenues from betting are set to hit record highs in 2020, with revenues expected to double from $7 billion in 2019 to $14 billion, due in no small part to the Covid-19 crisis.

With this massive market up for grabs, the acquisition of Askott provides FANS with a strong opportunity to capture meaningful market share thanks to the following:

WHAT IS THE DIFFERENCE BETWEEN GAMING AND GAMBLING?

The main difference between the terms is that for gaming the outcome is achieved by skill, not chance, whereas for gambling, the opposite is true 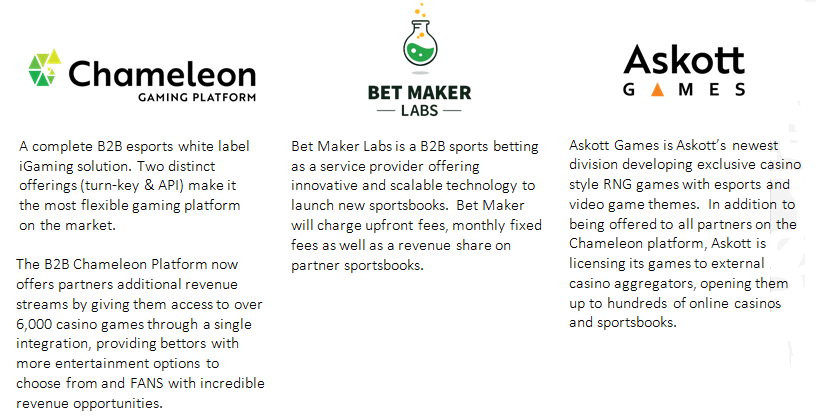 McBookie is a leading provider of betting services under a license to operate granted by the U.K. Gambling Commission. McBookie focuses on B2C offerings and has strategically decided to pursue an underserved market, focusing on the Scottish market and clientele. McBookie has been in operation for over a decade.

In the hyper growth iGaming world, speed is everything and FANS is on the move in 2020 with partnerships, licenses, acquisitions and new markets in the works, including ENTERING THE US MARKET by the end of this year.  Have a look at the FANS roadmap.

FansUnite provides investors with all the elements necessary to earn its place as the leading small cap iGaming company including: 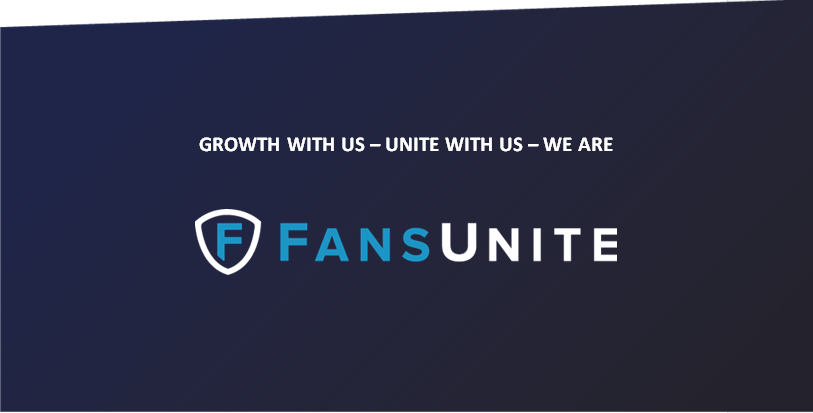 OVERTIME - THE FANSUNITE LINEUP – IN ACTION 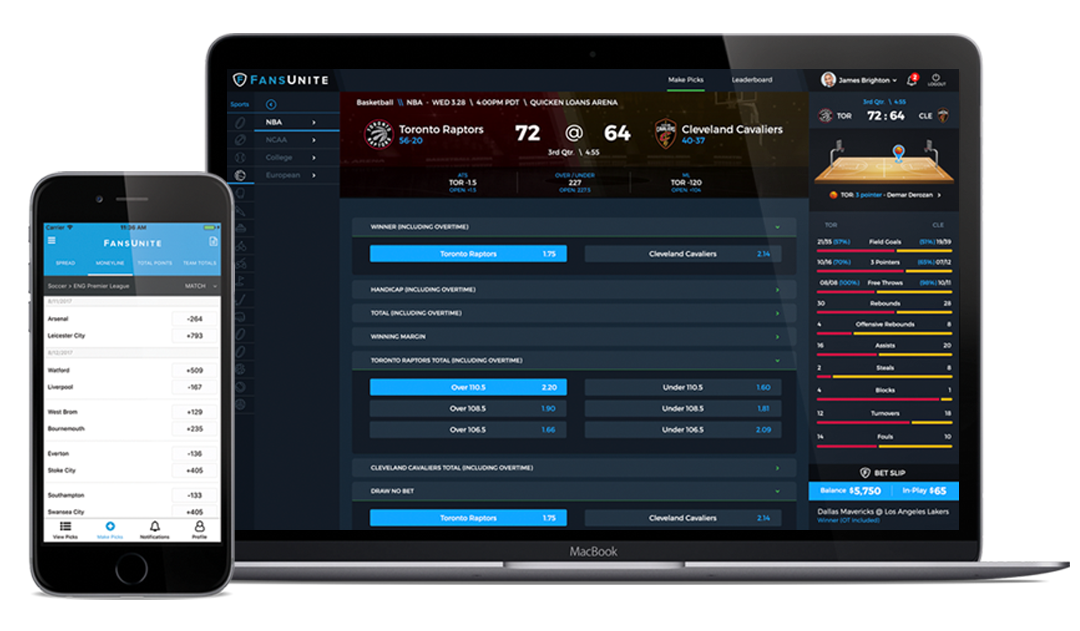 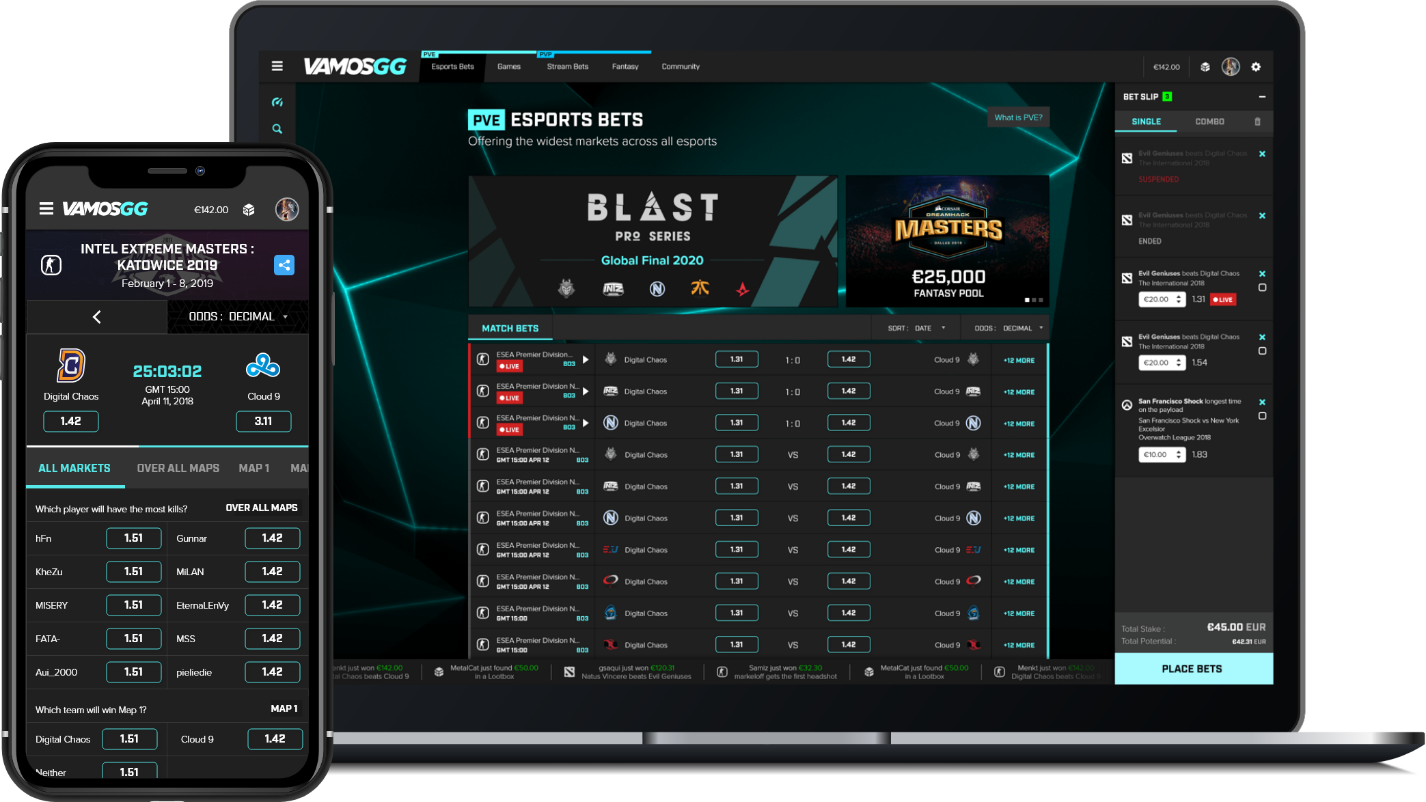