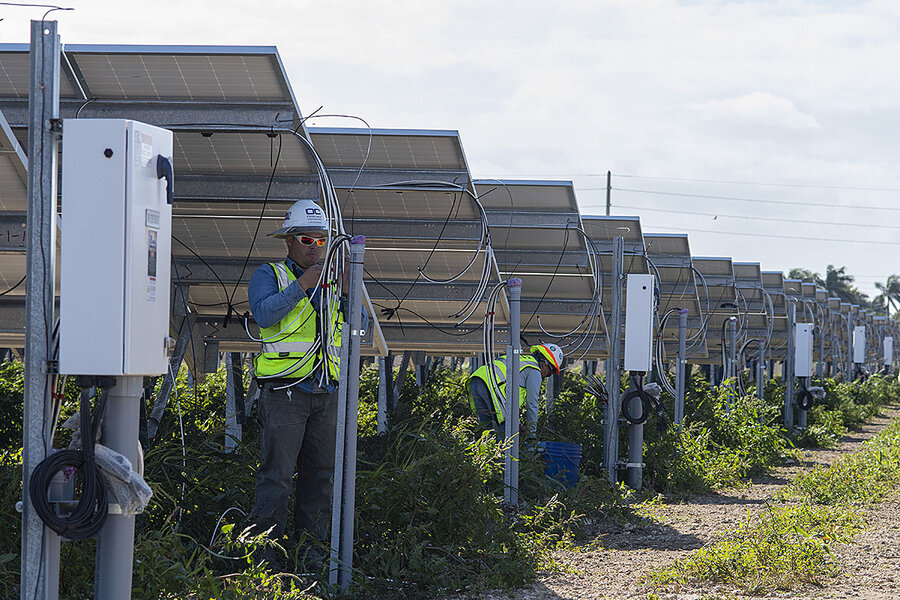 On a windy day in mid-January, only some panels are turning the golden rays into electricity for testing. Elsewhere in the 465-acre field, construction workers in fluorescent vests and hard hats step through weeds to reach clusters of wires dangling at the ends of each row, waiting to be connected to the rest of the facility.

Despite being the Sunshine State, Florida has long lagged when it comes to tapping into the abundant rays overhead. But now that is changing as utility companies in the state have begun to recognize solar power as a vital component of a diverse energy future.

“The utilities are putting out solar like you wouldn’t believe,” says James Fenton, director of the University of Central Florida’s Florida Solar Energy Center.

Florida power companies haven't always been so solar-friendly. In 2016 the industry spent $20 million on a ballot initiative that could have undercut the expansion of residential solar power. But as solar has become more economically viable, the state’s utility companies now see opportunity more than competition in the technology.

Florida utilities’ newfound embrace for solar power echoes trends seen across the country, as the renewable energy source has shifted from a fringe indulgence for wealthy environmentalists to becoming a conventional part of power production.

“Five years ago it was more of an emerging technology,” says Maggie Clark, senior manager of state affairs for the Southeast region at the Solar Energy Industries Association (SEIA). “As it’s become a mainstream energy resource,” she says, “there’s an element of comfort with it [for utilities,] as just any other generating asset.”

With abundant sunshine, Florida ranks ninth in the United States for solar potential. But as recently as 2015, just one-tenth of a percent of the state’s power came from the sun.

But something recently shifted.

On Jan. 31 the state’s largest power company, Florida Power & Light, fired up more than a million solar panels totaling nearly 300 megawatts of capacity across four new solar fields, including the Miami-Dade County project. FPL brought eight such power plants online in 2018, bringing the company’s total solar power capacity to more than 1,200 megawatts. And in January, FPL pledged to install an additional 30 million panels by 2030, which could multiply the utility’s solar-generated electricity by almost 10-fold. The state’s next largest power provider, Duke Energy Florida, also has plans to have more than 700 megawatts worth of solar power by 2023. 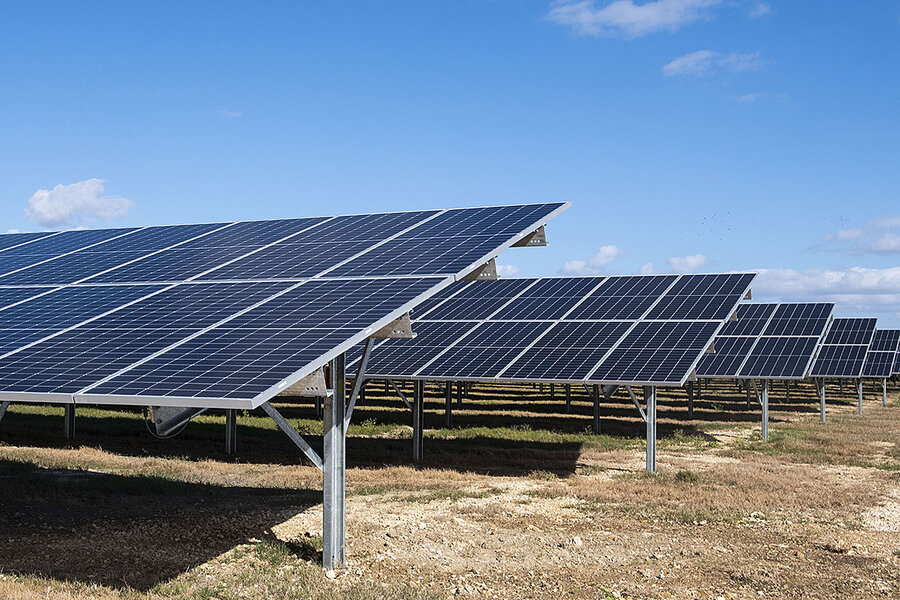 Even with these latest additions, solar is still a bit player in Florida. At the end of 2018, solar power made up just 1.07 percent of the state’s energy portfolio, according to the SEIA reports. But the rapid acceleration reflects a broader shift happening nationally.

The US currently derives 1.3 percent of all electricity from solar power, enough to power 11.3 million American homes. Analysts expect that, within the next few years, solar growth will continue apace and surpass wind power, which currently contributes 6 percent of US electricity. Combined, the two renewables could soon represent a 10 percent share of the national pie, as early as this year.

But Florida’s solar story is unique. And some of the ways Florida stands out among states make it a particularly good indicator of the renewable energy’s newfound status as mainstream.

Many leading solar energy states, such as Massachusetts, Vermont, and California, have installed solar as part of a legislative push to diversify the energy sector in pursuit of emissions reductions. Policymakers in Florida, however, have not set specific renewable energy requirements or even aspirational goals.

That’s probably part of why the Sunshine State has not led the charge toward solar energy. Additionally, utility companies in Florida hold a lot of power, with monopolies over the parts of the state they serve. So Florida’s foray into solar has largely hinged on them.

And the utilities want to maintain their control over the market, says Professor Fenton of the University of Central Florida. In 2016, they fought to amend a law that required them to purchase the electricity generated by customers’ rooftop panels at the net retail rate. Their opposition wasn’t to the technology per se, says Fenton, but to its impact on their operations.

As such, the recent foray into solar is a testament to the increasing economic viability of solar power.

Just in the past five years, the cost of solar panels has fallen by 43 percent, according to SEIA reports, making solar cost competitive with traditional forms of generation.

“It is simply undeniable now that this is often the lowest cost source of generation,” says Ethan Zindler, the head of US research at Bloomberg New Energy Finance. “So you can pat yourself on the back for doing something environmentally conscious, but at the same time, you’re also actually doing something to procure power at the lowest cost for your customers.”

FPL’s installations were a large contribution to that rise. The company opened three new solar fields in 2016, and 12 more since then. Each of those solar centers has a generating capacity of 74.5 megawatts.

“[In 2016], the price point was just becoming right for us to be able to have it make economic sense for our customers for us to go and begin building large solar energy centers,” FPL spokeswoman Alys Daly says. Previously, the company had only built three solar fields since its first in 2009. And now, she says, “we’re in the midst of one of the largest solar expansions in the country.”

For solar activists, this shift is cause for cautious celebration. “It’s a terrific thing,” says Susan Glickman, Florida director for the Southern Alliance for Clean Energy Action Fund. “We are 100 percent supportive of what the utilities are doing.” But, she adds, “we want even more solar.”