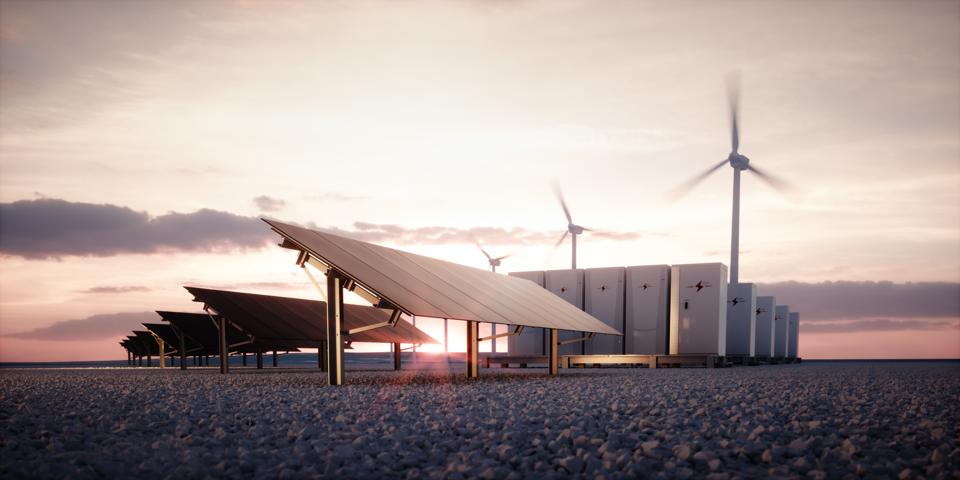 The global energy transition is happening faster than the models predicted, according to a report released today by the Rocky Mountain Institute, thanks to massive investments in the advanced-battery technology ecosystem.

Previous and planned investments total $150 billion through 2023, RMI calculates—the equivalent of every person in the world chipping in $20. In the first half of 2019 alone, venture-capital firms contributed $1.4 billion to energy storage technology companies.

“These investments will push both Li-ion and new battery technologies across competitive thresholds for new applications more quickly than anticipated,” according to RMI. “This, in turn, will reduce the costs of decarbonization in key sectors and speed the global energy transition beyond the expectations of mainstream global energy models.”

“These changes are already contributing to cancellations of planned natural-gas power generation,” states the report. “The need for these new natural-gas plants can be offset through clean-energy portfolios (CEPs) of energy storage, efficiency, renewable energy, and demand response.”

New natural-gas plants risk becoming stranded assets (unable to compete with renewables+storage before they’ve paid off their capital cost), while existing natural-gas plants cease to be competitive as soon as 2021, RMI predicts.

RMI analysts expect lithium-ion to remain the dominant battery technology through 2023, steadily improving in performance, but then they anticipate a suite of advanced battery technologies coming online to cater to specific uses:

Heavier transport will use solid-state batteries such as rechargeable zinc alkaline, Li-metal, and Li-sulfur. The electric grid will adopt low-cost and long-duration batteries such as zinc-based, flow, and high-temperature batteries. And when EVs become ubiquitous—raising the demand for fast charging—high-power batteries will proliferate.

Many of these alternative battery technologies will leap from the lab to the marketplace by 2030, the report predicts.

Some of these changes will be driven outside the U.S., specifically in countries like India, Indonesia and the Philippines that prefer smaller vehicles.

RMI analyzed the four major energy-storage markets—China, the U.S., the European Union and India—and found two major trends that apply to each: 1) “Mobility markets are driving the demand and the cost declines,” and 2) “the nascent grid storage market is about to take off.”

China dominates the market for electric vehicles and solar photovoltaic technologies, thanks to early, large and consistent investment. The RMI report notes that China also has an advantage in upstream ore processing, critical materials and component manufacturing.

The report does not, however, explore what happens should China weaponize those advantages in the trade war, restricting or embargoing imports of critical materials to the U.S.

“An expanded trade war looms large over all industries and the entire global economy and is not in the interest of either the U.S. or China, and it is unproductive to speculate on the potential scope or outcomes of a battery or minerals-related action,” two of the report’s four authors, Charlie Bloch and James Newcomb, told me in an email.

“China is no doubt aware of the long-term economic opportunity associated with being a reliable manufacturer of batteries and the risk that escalating trade war actions by either side could damage the US-China economic relationship in this important area.”

They added that manufacturers, investors, start-ups, and government officials are taking steps to mitigate the potential impact of such a risk, such as continued development of low- and no-cobalt batteries chemistries.

For more about China’s hold on critical minerals, read 4 Reasons The Developed World Is In Big Trouble With Critical Minerals.