One of the oldest and most respected cannabis retailers in California

Add Harborside Inc widget to your own site or blog

Harborside (CSE: HBOR),(OTCQX: HBORF) a California-focused, vertically integrated cannabis enterprise, today announced that it has received approval from the California Bureau of Cannabis Control to commence adult-use retail sales at its existing San Leandro Wellness Solutions ("SLWS") dispensary. As previously announced, Harborside received a six-month lease extension at its existing SLWS location, permitting the Company sufficient time to finalize terms of a lease and subsequent build out of a new retail dispensary location in San Leandro. The new location is expected to provide greater customer visibility and lower overhead expenses. 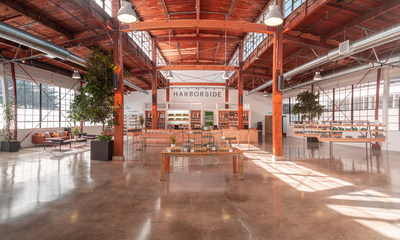 "We are thrilled to have received approval to commence adult-use sales in San Leandro," said Peter Bilodeau, Interim CEO of Harborside. "This has been a long process and we are excited to expand our potential customer base to provide them with the best-in-class service and unbeatable product selection that Harborside is known for. With our upcoming move to a more efficient location in San Leandro, I look forward to deepening our relationship with the local community and continuing to serve our patients and customers.

Upon completion, Harborside's new San Leandro location is expected to enable the Company to better serve its customers while also reducing its rent and thus increasing profitability. As a result of the planned move, Harborside expects to be able to generate substantially more revenue and be more profitable by reducing its operating costs more than $2 million over the 10-year lease term.

About Harborside:
Harborside Inc. is one of the oldest and most respected cannabis retailers in California, operating three of the major dispensaries in the San Francisco Bay Area, a dispensary in the Palm Springs area outfitted with Southern California's only cannabis drive-thru window, a dispensary in Oregon and a cultivation/production facility in Salinas, California. Harborside has played an instrumental role in making cannabis safe and accessible to a broad and diverse community of California consumers. In 2006, Harborside was awarded one of the first six medical cannabis licenses granted in the United States and today holds cannabis licenses for retail, distribution, cultivation, nursery and manufacturing. Harborside is currently a publicly listed company on the Canadian Securities Exchange ("CSE") trading under the ticker symbol "HBOR". Additional information regarding Harborside is available under Harborside's SEDAR profile at www.sedar.com.