AGORACOM-Multimedia
Rank: Administrator [?]
Points: 5335 [?]
Votes: 3 Score: 5.0 [?]
Your Vote:
Please Log In to Vote
Follow
Did you know? You can earn activity points by filling your profile with information about yourself (what city you live in, your favorite team, blogs etc.)

As the name implies, ImagineAR is an Augmented Reality Company that enables businesses to create their own mobile phone AR campaigns with no programming or technology experience.

$IP timing is perfect because the global Augmented Reality (AR) market size is expected to reach $USD 332.60 Billion in 2028 and register a mind blowing CAGR of 46.4% over the forecast period.

But in case you still had any doubts as to the future of AR, don’t take our word for it Apple CEO Tim Cook has stated 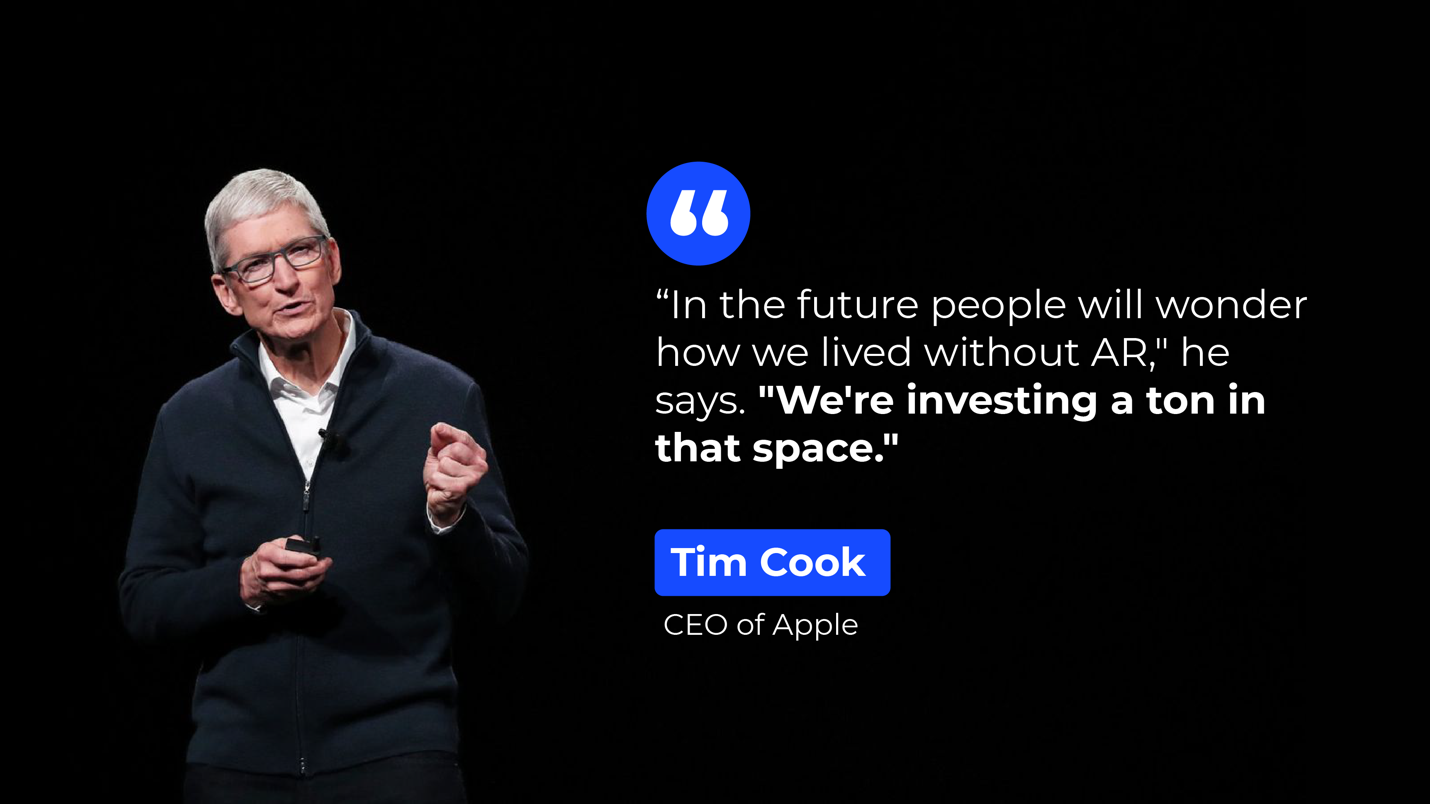 More than just talk, $IP has already Started Commercializing Its Augmented Reality Platform with major clients from different verticals that include:

And if that was the whole story $IP.ca would have a great one … but it doesn’t even begin to scratch the surface of the success $IPNFF has experienced in the sports world as follows:

ImagineAR made history when announcing they signed the Baltimore Ravens - to a Two-Year Agreement to Deliver Interactive Mobile Augmented Reality Fan Experiences.

What did Kevin Rochlitz, Chief Sales Officer of the Baltimore Ravens have to say?

"Our team strives to leverage advanced technology to deliver innovative and exceptional fan experiences. Integrating the ImagineAR platform with our mobile app for the next two years will create interactive fun, energy and excitement that can be shared with other fans on all social media platforms. We are absolutely thrilled to be the first NFL team to integrate the award-winning ImagineAR technology into our digital communications' mobile platform."

In celebration of the McCormick® Sunshine Seasoning by Tabitha Brown release, Tabitha's fans were able to cook ' side by side' with Tabitha in the comfort of their own kitchen through "Bring Tabitha Home," an augmented reality (AR) experience this past summer.

Many of these wins came with powerful technology or strategic partnerships that should open significant doors to opportunities within the NFL, College Sports and Elite Global Athletes.  CEO Silverrstieen and his team are already in discussions and hope to have more great news for shareholders in 2023