Searching for Hidden Gems to Power the Green Revolution

Has A Lot More Going On Under The Surface 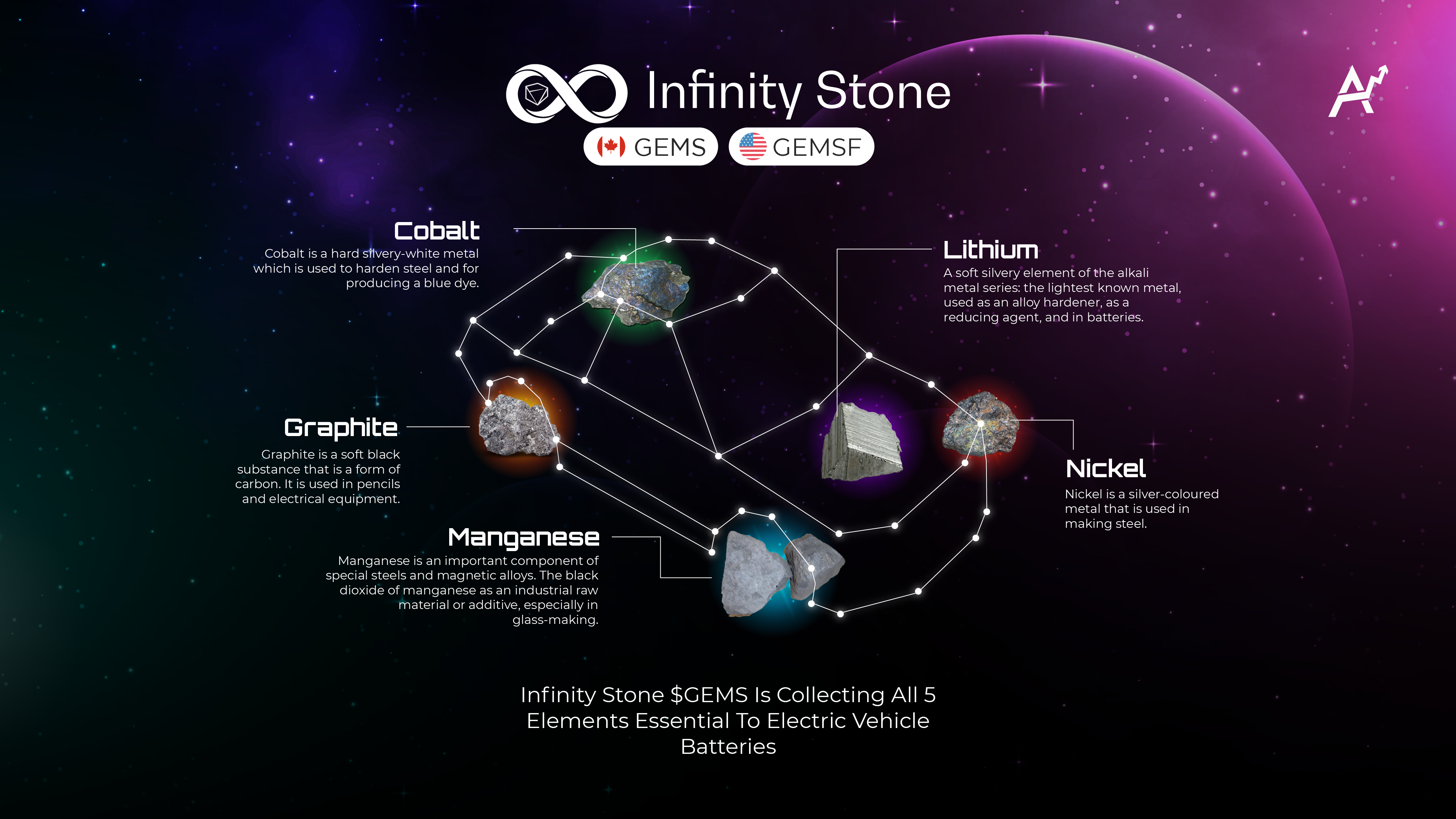 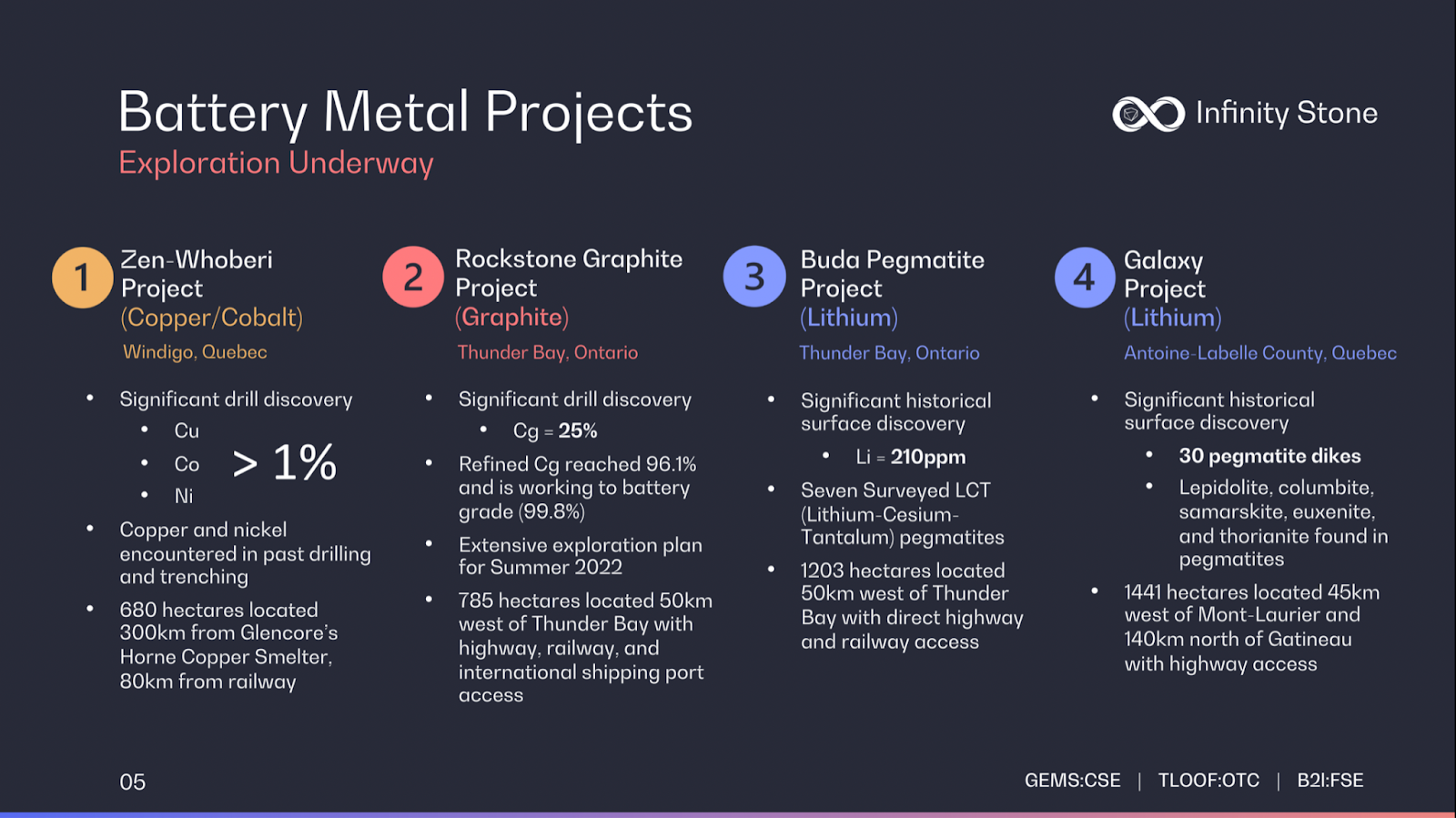 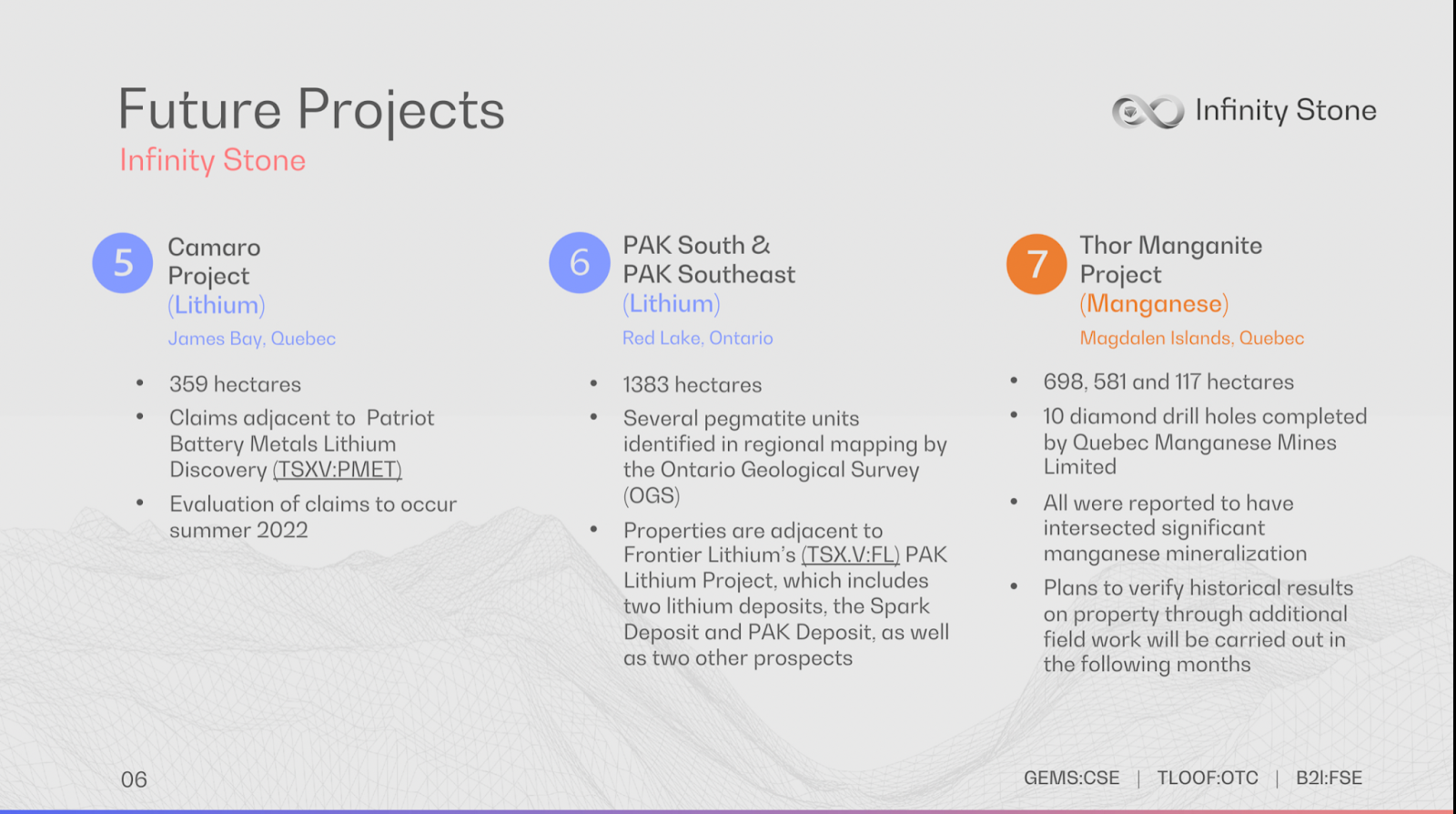 In 2030, the global demand for lithium is expected to surpass two million metric tons of lithium carbonate equivalent, more than doubling the demand forecast for 2025. Increases in battery demand for electric vehicles will be a strong driver of lithium consumption in the next decade.

The critical minerals required for electric vehicle batteries include Lithium, Graphite, Nickel, Cobalt and Manganese.  Most small cap companies will focus on just one or maybe two … but like Thanos in the Avengers … Infinity Stone Ventures $GEMS has recently started collecting them all.

Unlike Thanos, however, they’ve got nothing but great intentions for all of humanity and have checked the following off the list already with great acquisitions announced over the last couple of weeks 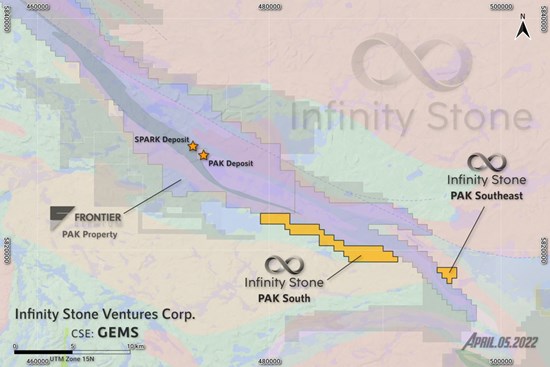 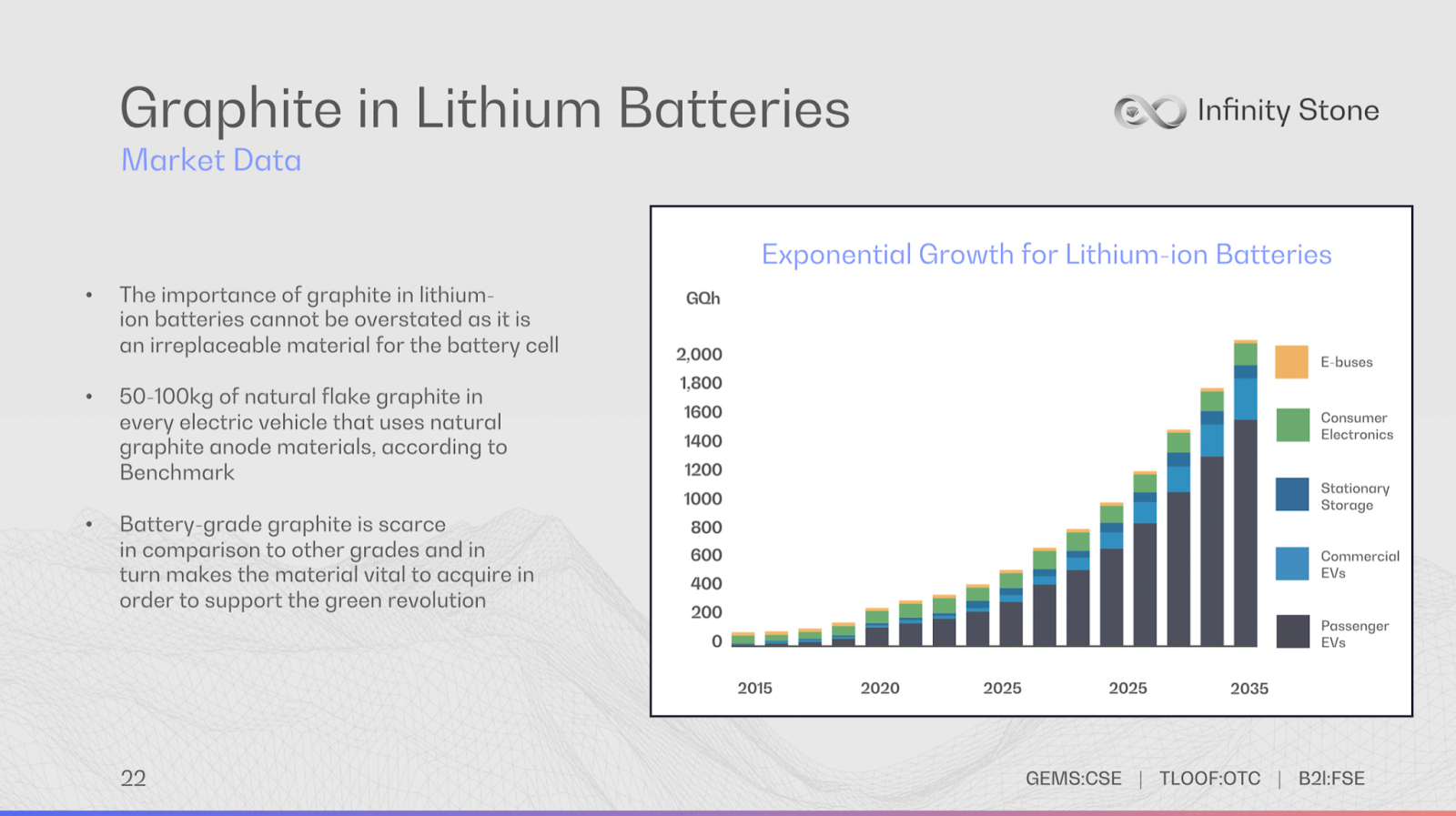 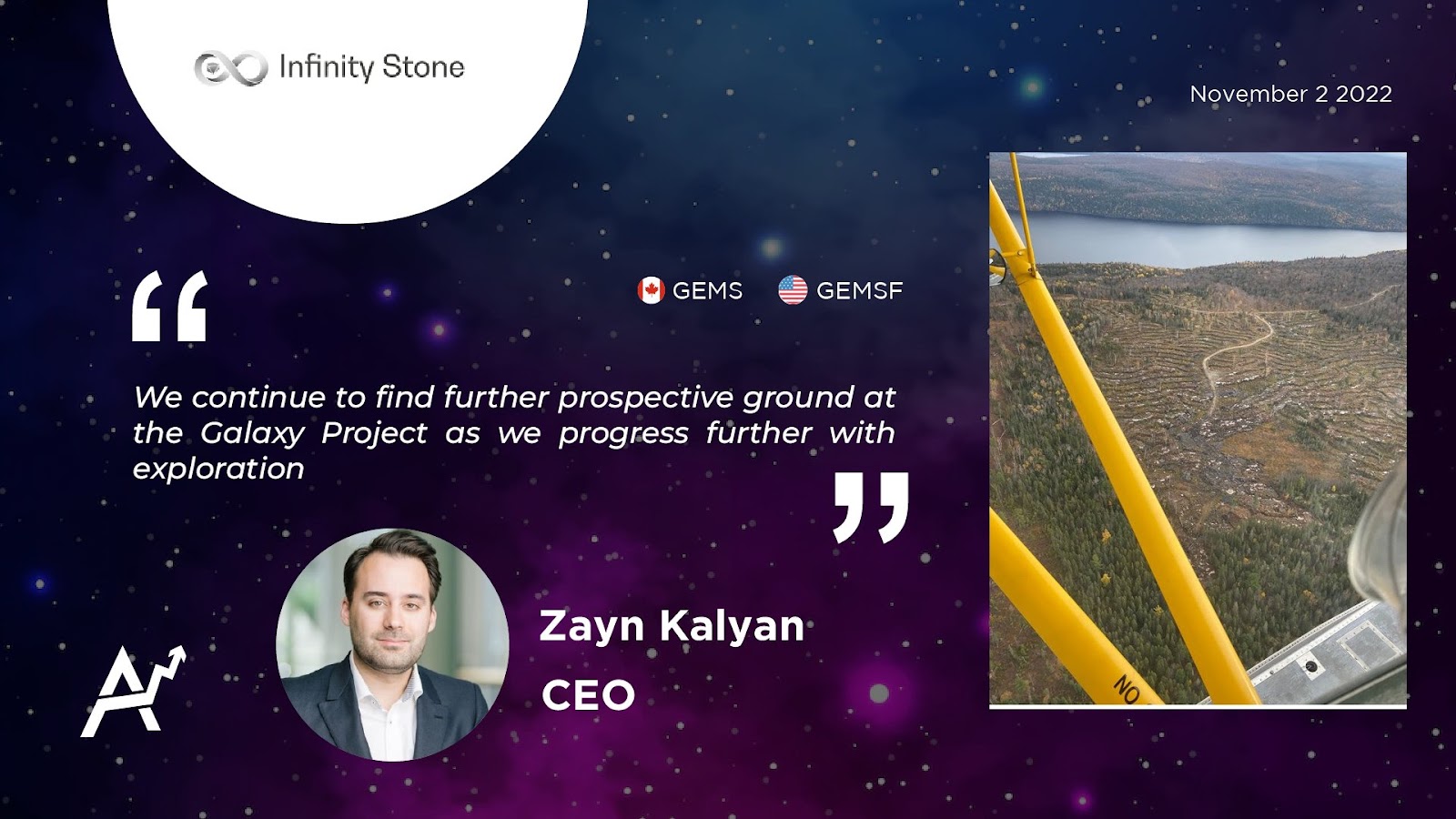 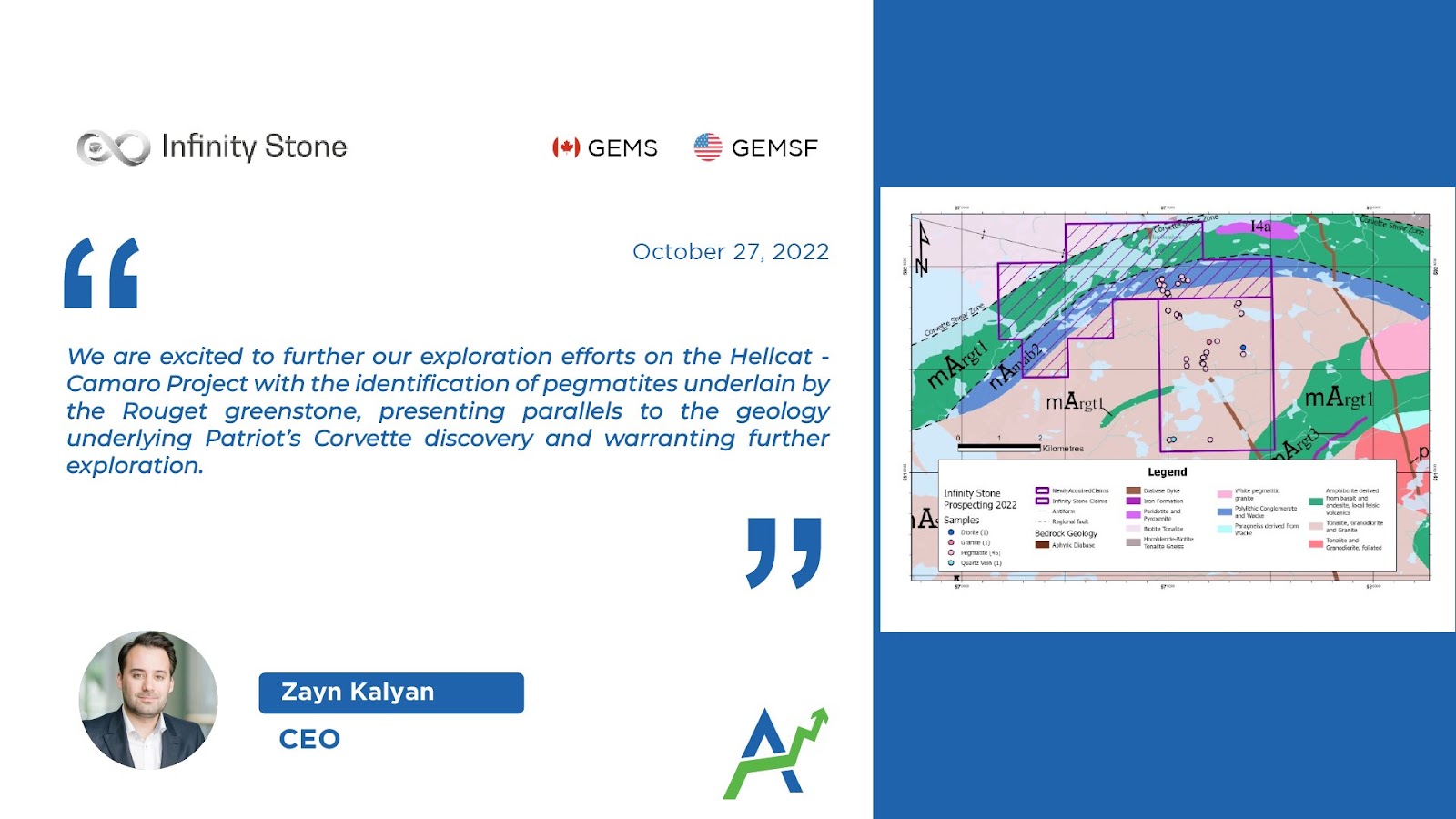 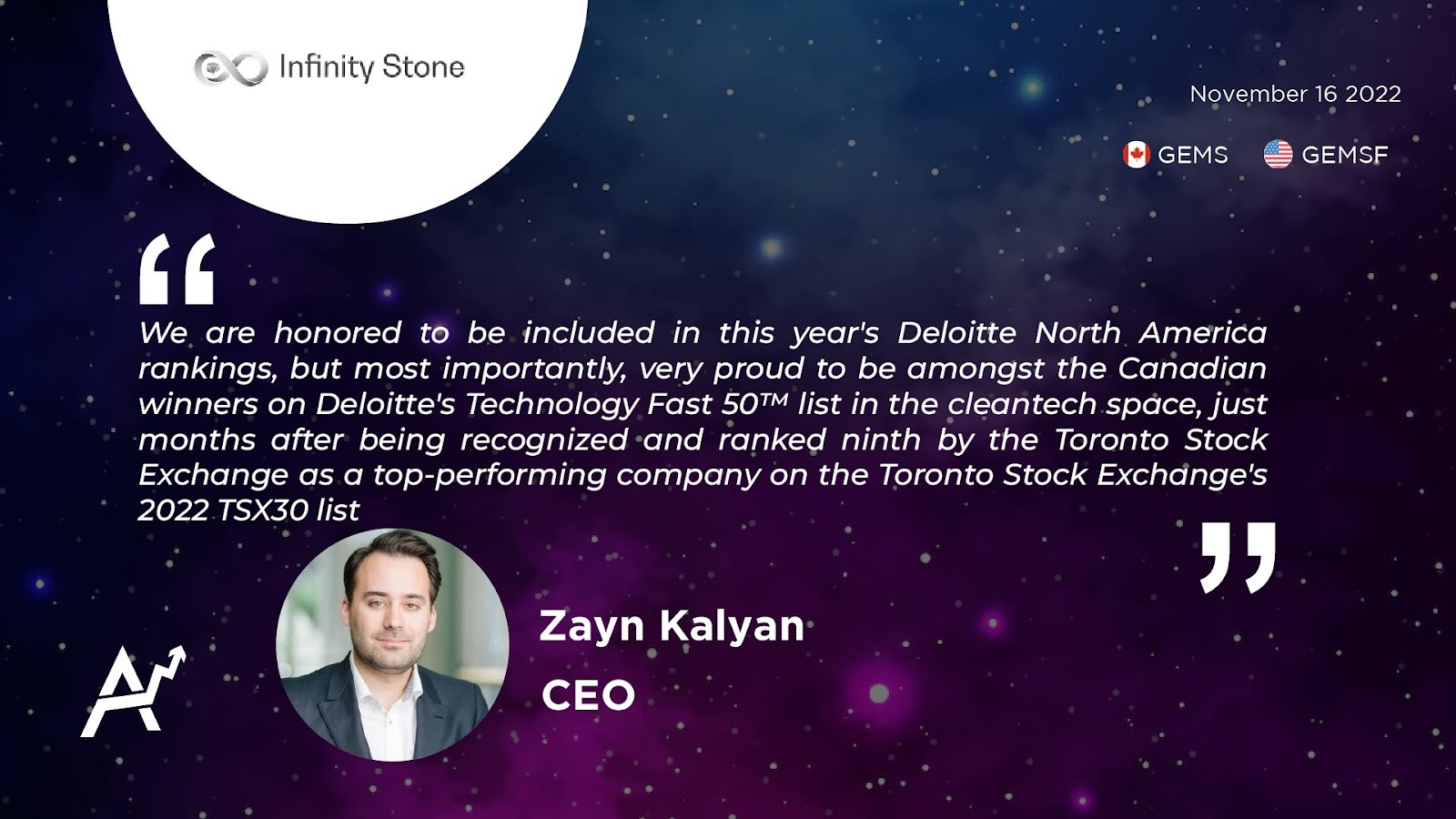 The reconnaissance program ("Current Work Program"), beginning June 6, 2022, aims to confirm historical work on the property and will consist of:

With the Current Work Program, Infinity Stone is working towards confirming and expanding the historical work programs from 2006 and 2007 by Quinto Resources Inc. ("Quinto"). 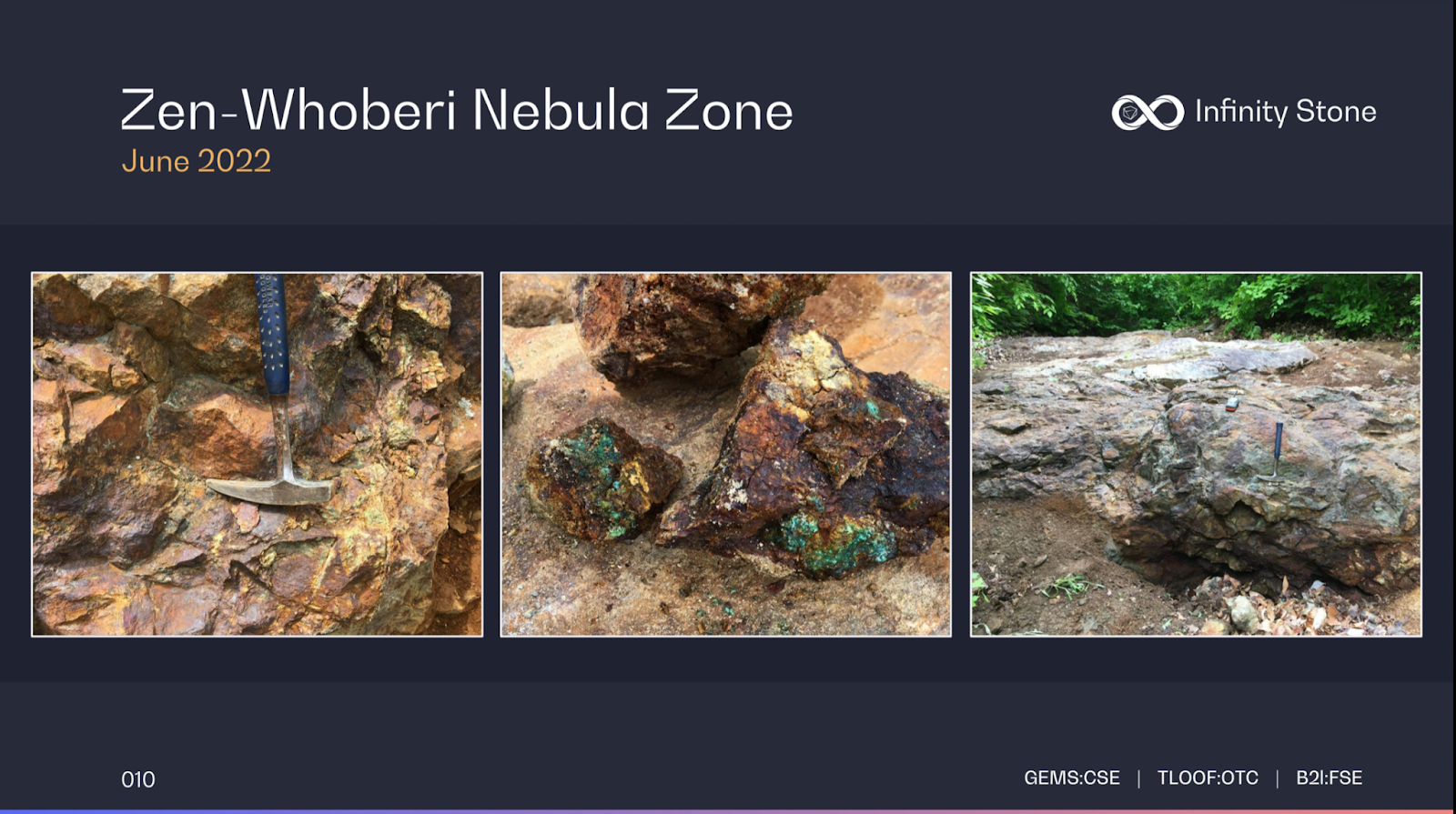 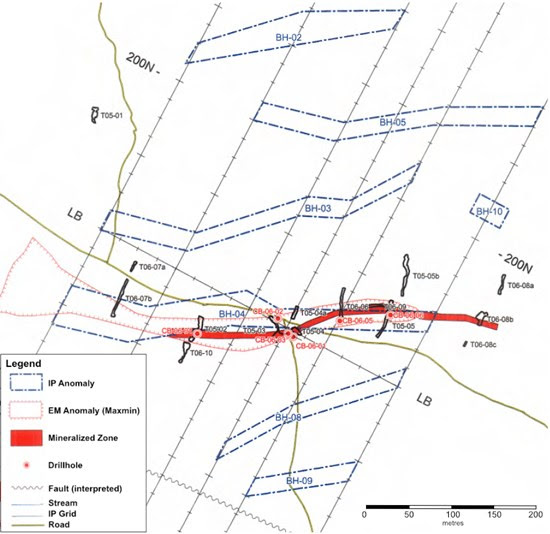 The technical team, which mobilized to site on June 6, has already successfully identified multiple instances of visible gold and copper mineralization in outcrops. The work program has included resampling of known outcrops, as well as the discovery of a new mineralized zone measuring at least 275 metres in length by 30 metres width, which has been named the Nebula Zone.

Based on these recent observations, Infinity Stone intends to extend its currently ongoing work program to conduct further mapping and trenching across the newly-discovered Nebula Zone.

Select images of the mineralized outcrops are shown below: 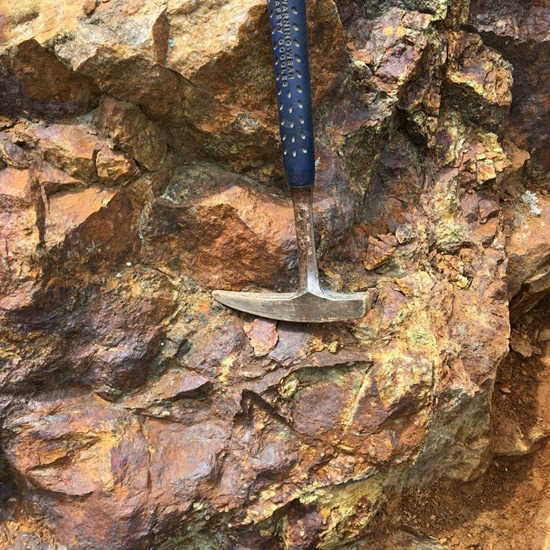 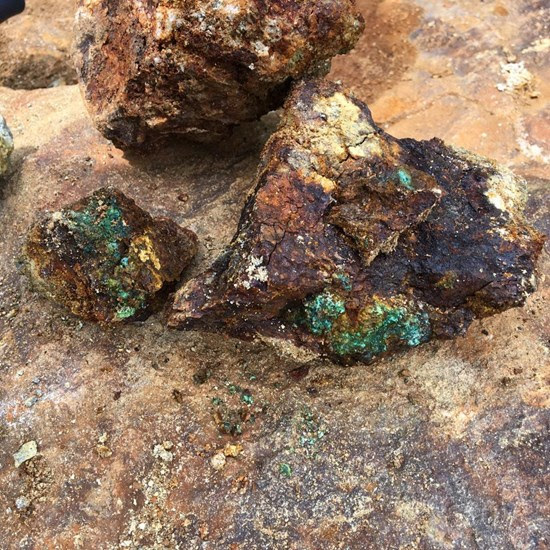 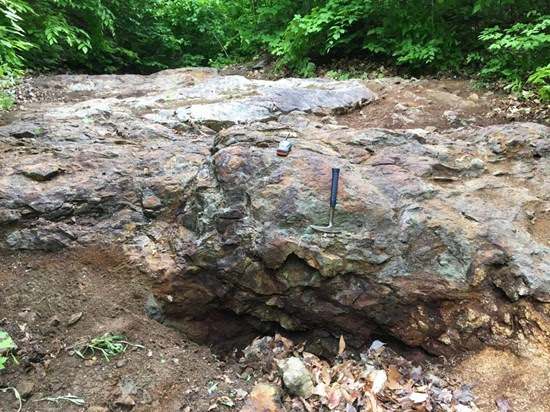 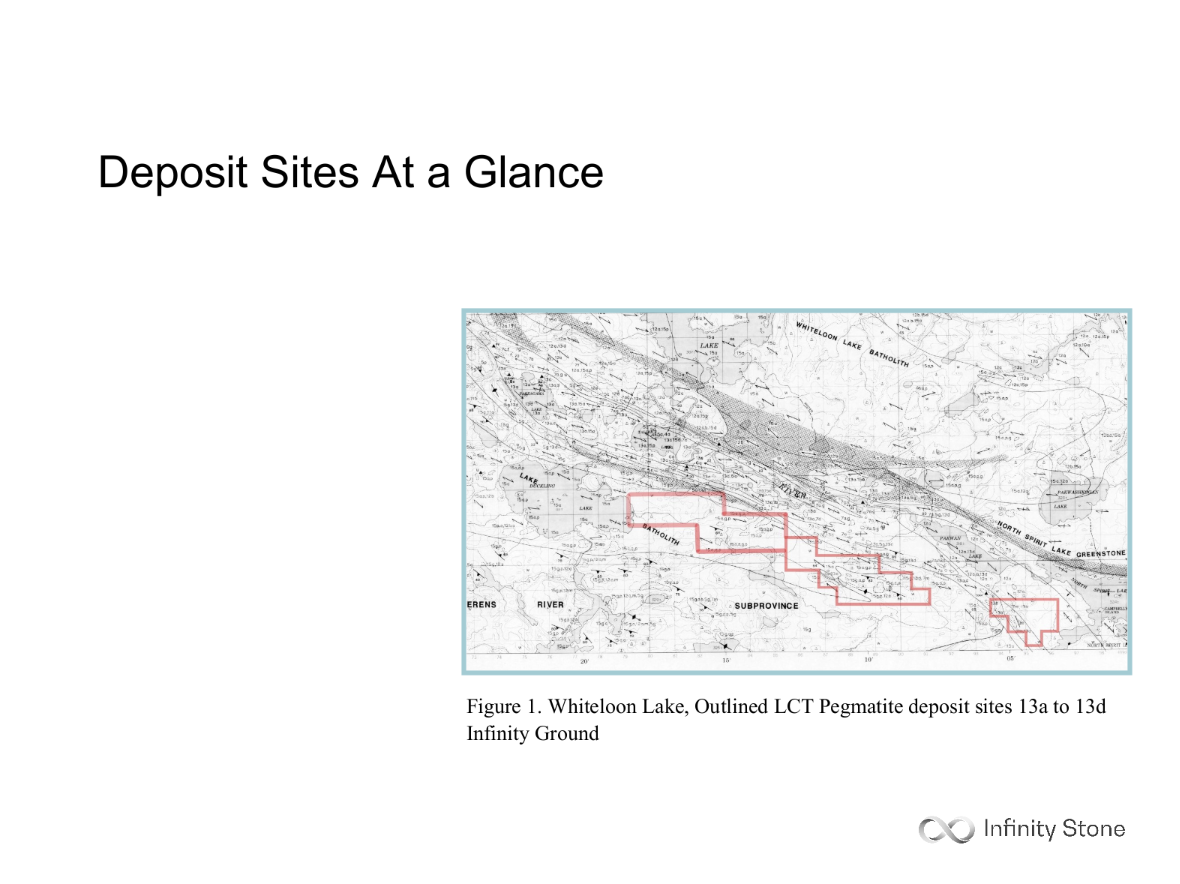 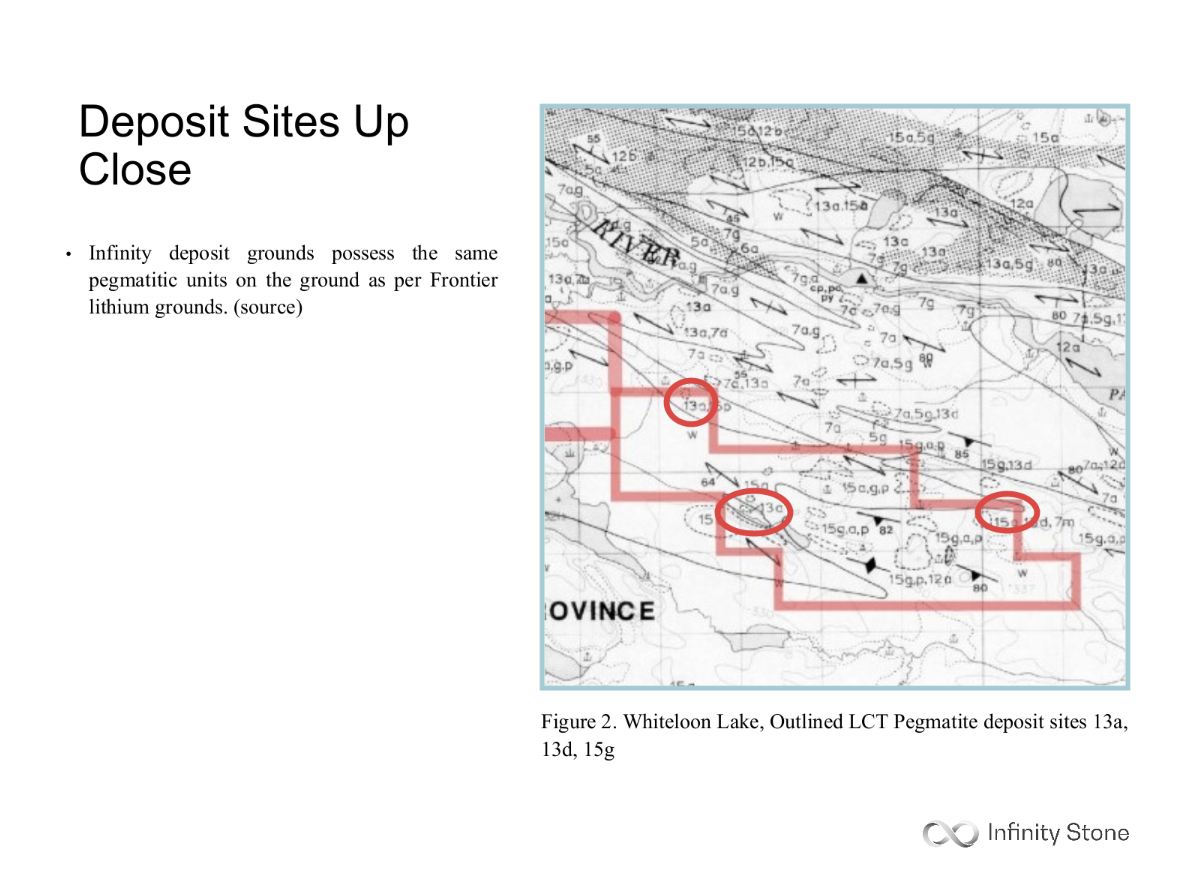 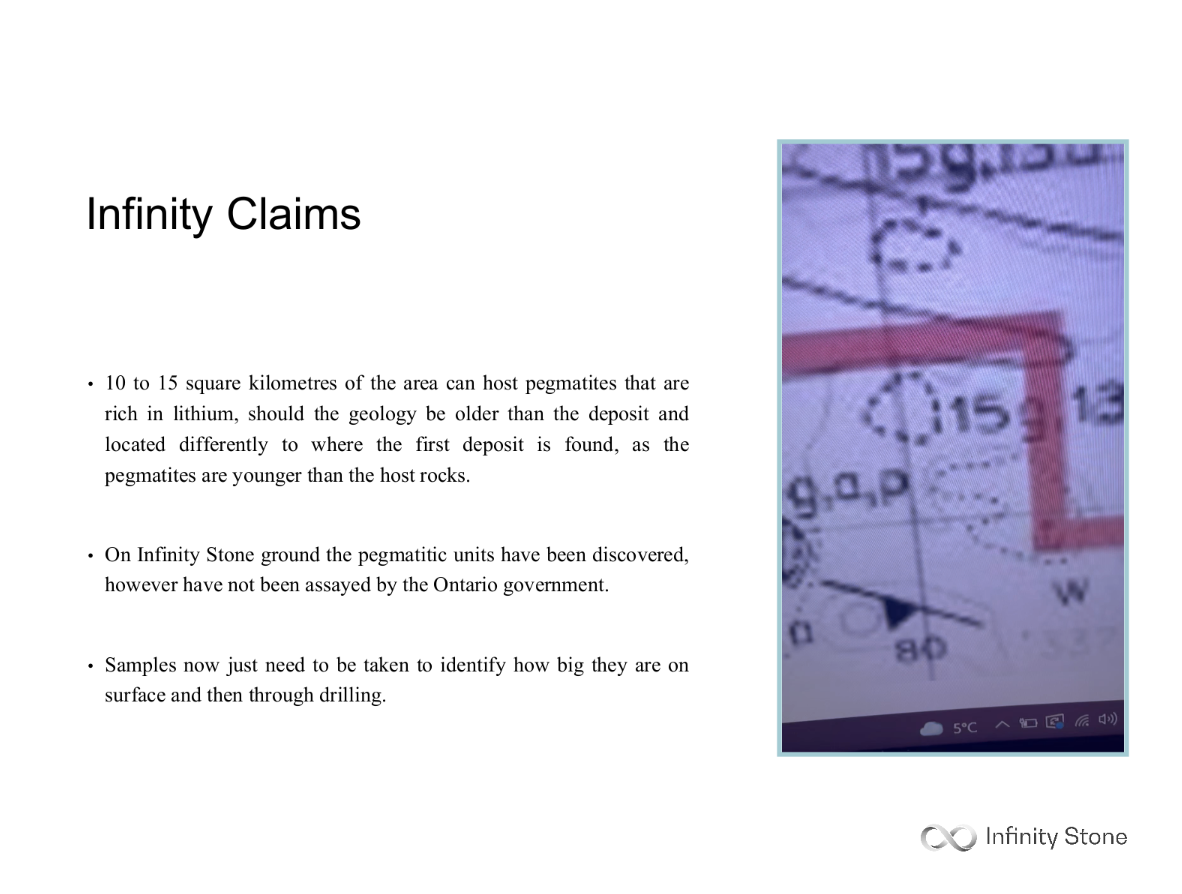 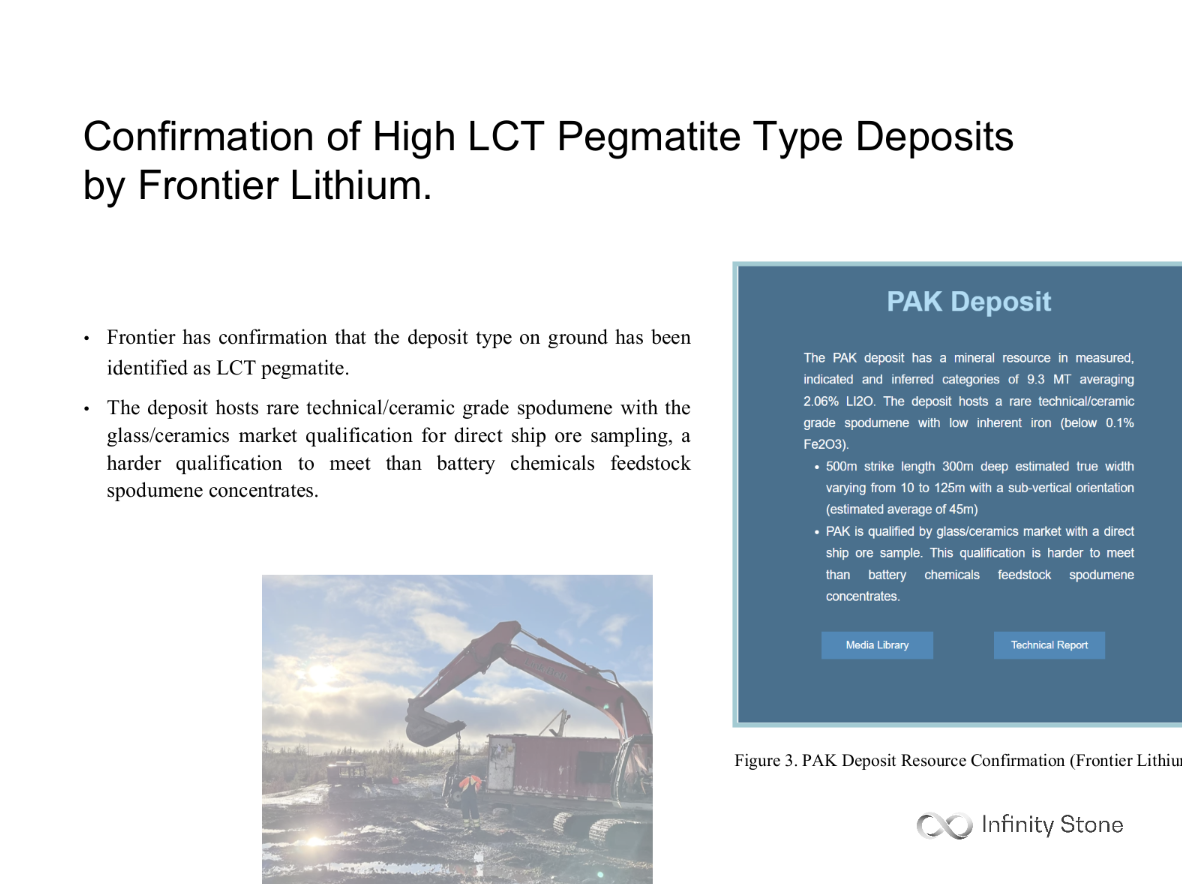 Vancouver, British Columbia--(Newsfile Corp. - June 24, 2022) - Infinity Stone Ventures Corp. (GEMS: CSE) (TLOOF: OTC PINK) (FSE: B2I) (the "Company" or "Infinity Stone") is pleased to announce that it has entered into a letter of intent ("LOI" or "Letter of Intent") with Quartier Minerals Inc. ("Quartier") to option the Galaxy Pegmatite Project located near Mont-Laurier, Quebec (the "Project").

The Project is host to at least "30 pegmatite exposures which represent 30 pegmatite dikes". Blasting and pitting has shown these pegmatites to have widths of 15 to 18 metres in outcrop. Analysis of the pegmatites shows anomalous quantities of lithium, tantalum, molybdenum, uranium, and thorium.(1)

A historical report on the Project suggested that the observed presence of lepidolite - an important lithium-bearing mica ore mineral - in outcrop could indicate significant quantities at depth. 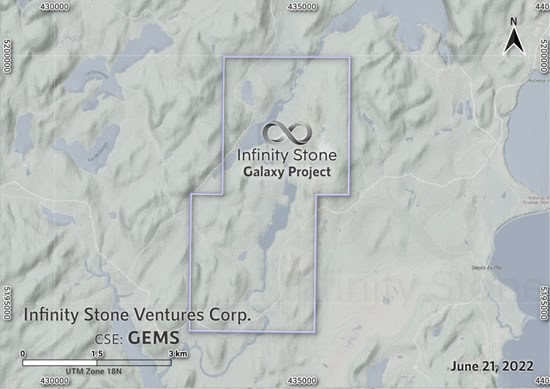 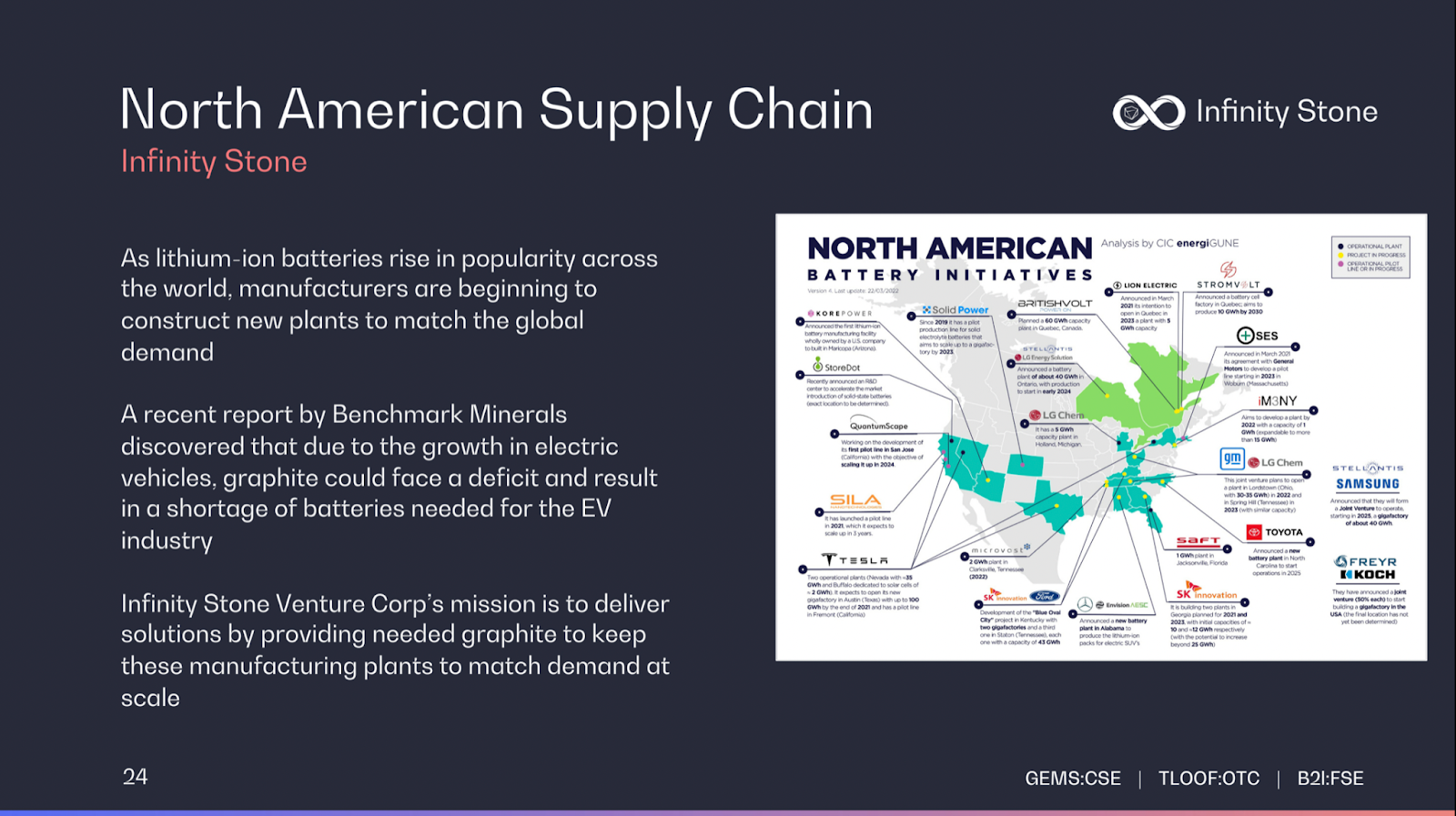 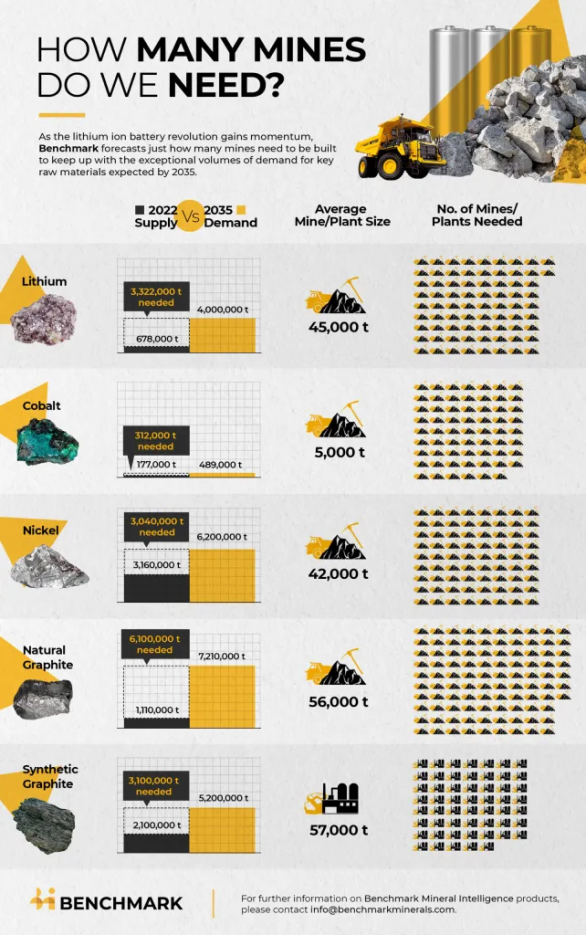