While it is an accepted fact that fundamental events shape the financial markets, many analysts use technical indicators as a way to mathematically quantify market sentiment. One of the simplest and most widely used technical indicators used to determine a current trend for a stock or commodity are moving averages. 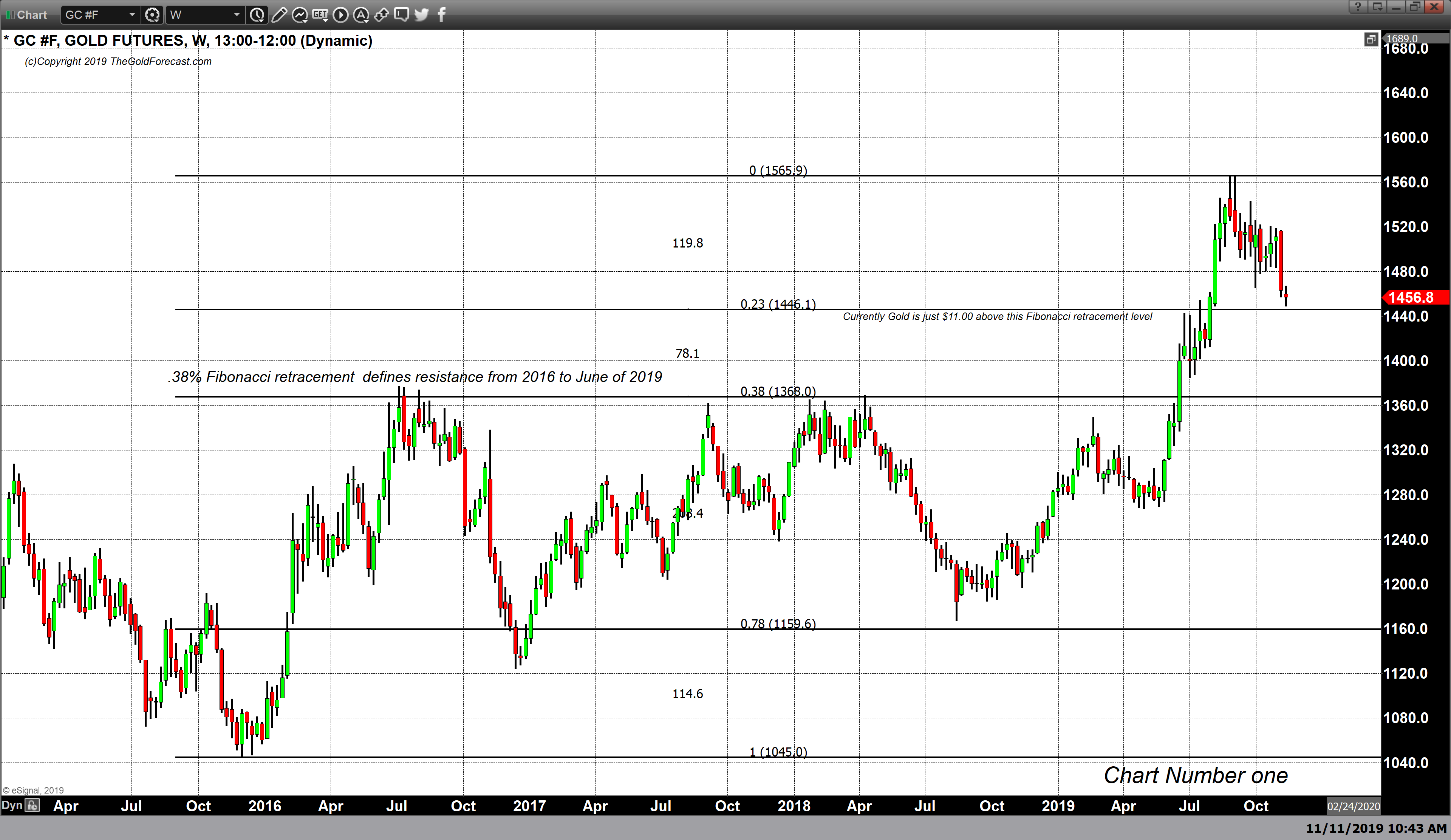 Another widely accepted technical study is based upon the mathematician Leonardo Fibonacci’s golden ratio is Fibonacci retracement theory. 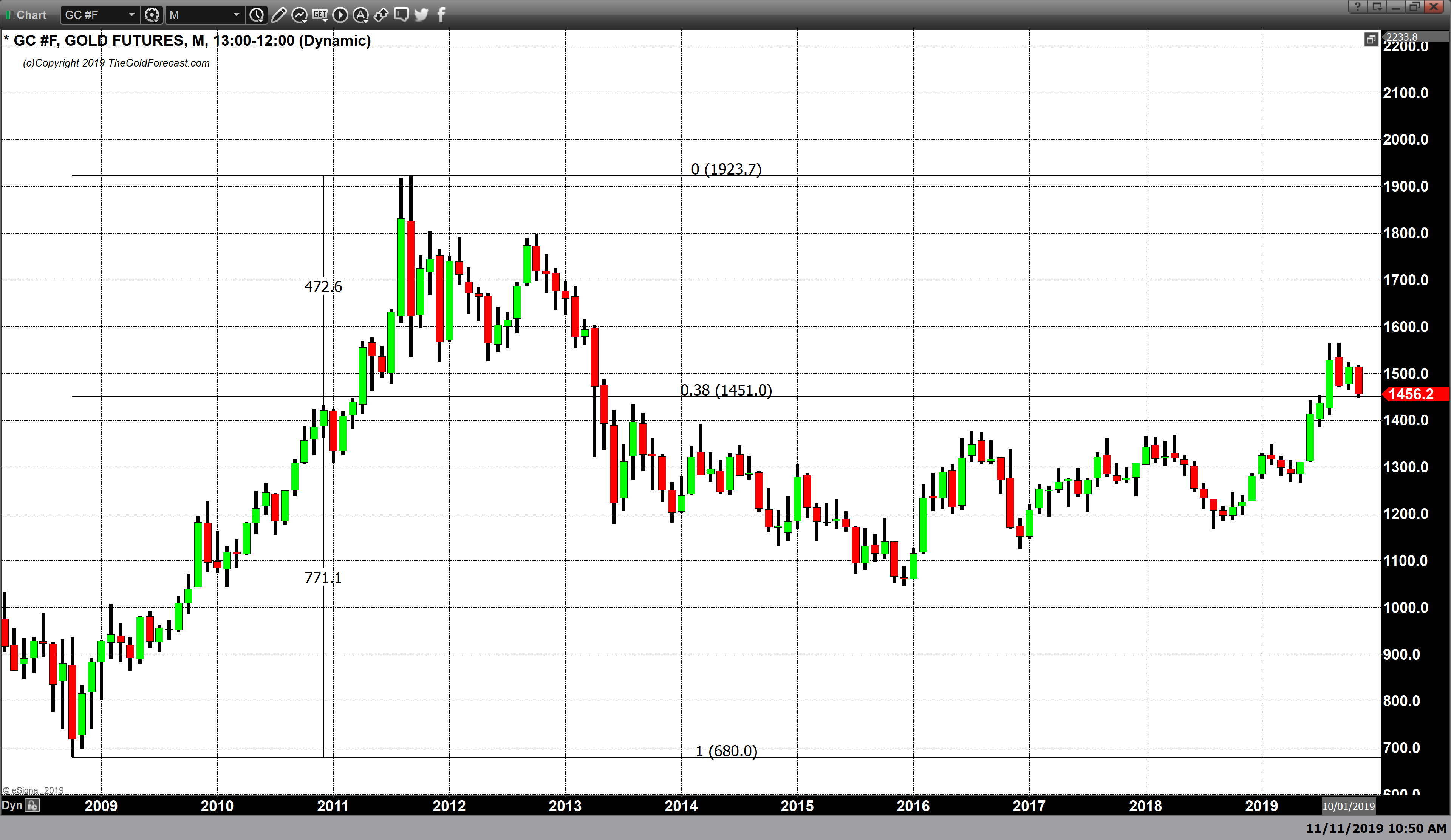 In this article we will use two Fibonacci retracement studies. The first study will be a long-term study; however, this study will utilize much less data then chart number two. The study will begin at the end of 2015 when gold hit a bottom of $1045 per ounce, and concludes at this year’s current high of $1565 per ounce. The second study will be derived from another long-term Fibonacci retracement study which begins in 2008, and concludes in the middle of 2011 when gold reached its record high price against the U.S. dollar.

Of particular interest in the first study are the Fibonacci retracement areas found at the .23%, and .382% retracement levels. Currently gold futures are trading at $1457.40, which is a net decline of $5.50 on the day. This continues the current bearish trend which has been predominant since gold hit its highest value this year in August. When you look at the .38% retracement level on this chart you can see that it precisely defines a level of resistance at approximately $1370.

This was the defined and unbreakable resistance level which began in 2016, the first occurrence of hitting this price point and then trading lower. This resistance was unbreakable throughout 2017 and 2018. In fact, it was not until June of this year that gold was able to breach that price point and trade to its highest value since bottoming out at the end of 2015.

The other level of particular interest is the .23% Fibonacci retracement level which occurs at $1446 per ounce. Currently gold pricing is approximately $11 above that price point. While this study alone will not confirm a potential bottom or support at $1446, it can when combined with other technical indicators, be highly effective in providing price targets for support and resistance.

While one should never use these technical indicators alone, they are excellent tools to define price points to look at when a market is in a corrective stage, which is the current scenario in gold pricing