At the forefront of hemp marketing and distribution

More big consumer companies will bet on pot this year

Recreational marijuana is now legal in Canada. And even though there is still a federal ban on pot in the United States, Washington has started to loosen some regulations on other products derived from cannabis, including hemp, following the recent passage of the Farm Bill.
Several states have also legalized recreational and medical marijuana.
That's why Vivien Azer of Cowen & Co. is extremely bullish about the prospects for cannabis companies.
Azer is the first analyst at a major stock research firm to start coverage of cannabis companies. She held a call with reporters on Tuesday to discuss her views on the sector. Azer covers Canada's Canopy Growth (CGC) and Tilray (TLRY) as well as US-based cannabis packaging maker KushCo (KSHB).
She now thinks the market for cannabis in the United States will reach $80 billion by 2030. That sales potential has already attracted the interest of several alcoholic beverage and tobacco giants seeking growth as booze and cigarette sales slump.
Marlboro owner Altria invests $1.8 billion in cannabis company Cronos
Beer and wine giant Constellation Brands (STZ), which owns Corona, has made a $4 billion investment in Canopy Growth. Budwesier brewer Anheuser-Busch InBev (BUD) has a deal to work with Tilray in Canada. And Marlboro maker Altira (MO) recently bought a 45% stake in Canada's Cronos (CRON).
Azer expects more deals like this, particularly from the beverage makers. The rationale: Drink companies view cannabis as a product that could lessen demand for beer, wine and hard alcohol, particularly as more US states legalize marijuana.
"Consumers say they cut back on alcohol when they mix alcohol and cannabis," Azer said during the conference call Tuesday, adding that she would not be surprised to see Diageo (DEO), the maker of Johnnie Walker, Ketel One and Guinness, to eventually make a deal to get into the cannabis market along with other spirits companies.
Although Azer is predicting strong demand for legal cannabis in Canada, the United States and other parts of the world, she still thinks that many of the pot stocks got ahead of themselves leading up to the legalization of marijuana in Canada in October — and that is why many of them have fallen in the past few months.
She added that some dispensaries in Canada were faced with shortages of marijuana and also couldn't handle demand for online orders. Some were forced to delay shipments. That's led to some choppy sales in the first few weeks since legalization.
"It comes down to fundamentals. So is it surprising to see the cannabis stocks sell off after Canada's legalization? No. The runup was too far too fast and there were some companies that reported revenue misses," Azer said. 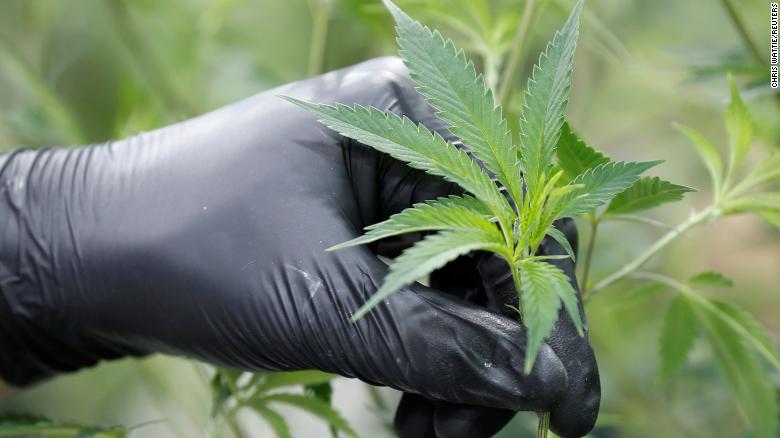 A worker collects cuttings from a marijuana plant at the Canopy Growth Corporation facility in Smiths Falls, Ontario.
Azer concedes that the stocks may remain volatile for a bit because they have attracted so much interest from more fickle individual investors, as opposed to big institutions like mutual funds and hedge funds.
But she argues that the stocks will stabilize once more long-term investors join some of the short-term traders and start buying them. That might happen sooner rather than later as Wall Street recognizes that marijuana is becoming a legitimate consumer product.
Piper Jaffray initiated coverage on Canopy and Tilray on Wednesday with outperform ratings. Canadian companies Aurora (ACB) and Aphria (APHA) have recently begun listing in the US, too, which means analysts may begin covering them as well.
Source: https://www.cnn.com/2019/01/09/investing/cannabis-stocks-canopy-tilray-alcohol-tobacco-cowen/index.html
Loading...
Loading...
Reply New Message
Prev Message Back To Forum Threaded View Next Message
Share
Share
Share
Share
New Message
Please login to post a reply
Search this hub
President's D.D.