Located in one of the best mining jurisdictions in Canada

MONTREAL, Sept. 3, 2019 /CNW Telbec/ - MONARCH GOLD CORPORATION ("Monarch" or the "Corporation") (TSX: MQR) (OTCMKTS: MRQRF) (FRANKFURT: MR7) is pleased to provide the results of a new mineral resource estimate for its Monique property (the "Property") located near Val-d'Or, Quebec. Probe Metals Inc. ("Probe") may earn a 60% interest in the Property by spending an aggregate of $2,000,000 on exploration before January 2021. The mineral resources estimate was prepared by Merouane Rachidi, Ph.D., P.Geo., and Claude Duplessis, Eng. of GoldMinds Geoservices ("GMG"), qualified persons as defined by NI 43-101. The estimate is dated August 28, 2019. 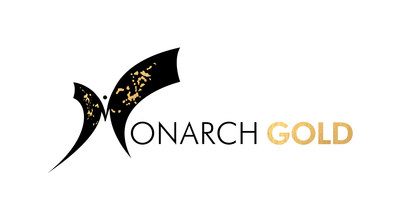 "This new estimate on Monique exceeds our expectations and is a testament to Probe's technical team, which shows their capacity to develop solid mining projects," said Jean-Marc Lacoste, President and Chief Executive Officer of Monarch. "It's also important to mention that the estimate was made at a US$1,350 gold price, which, at current gold prices, could potentially increase the size of this resource estimate. Based on the current estimate and the results of the last drilling program, we believe that the Monique deposit has the potential to become a new million-ounce gold deposit in the Abitibi mining camp."

About the Monique Property

Gold mineralization on the Monique property has been identified in 12 zones (A to L) and now in a thirteenth one (Zone M), which are generally hosted by one of three large deformation zones that cross the property from east to west. Mineralization is characterized mainly by a network of quartz/tourmaline/carbonate veins and veinlets in mafic to ultramafic rocks or associated with mineralized dioritic or felsic dykes. Gold is generally associated with 1% to 5% finely disseminated pyrite, and visible gold is common. Rock units are generally altered with variable amounts of chlorite, carbonate, sericite and/or silica. Albite and fuchsite alteration are locally observed. The orientation of the quartz vein systems is roughly parallel to the stratigraphy and to the deformation zones.

The technical and scientific content of this press release has been reviewed and approved by Marc-André Lavergne, P.Eng., the Corporation's qualified person under National Instrument 43 101.

Monarch Gold Corporation (TSX: MQR) is an emerging gold mining company focused on pursuing growth through its large portfolio of high-quality projects in the Abitibi mining camp in Quebec, Canada. The Corporation currently owns over 300 km² of gold properties (see map), including the Wasamac deposit (measured and indicated resource of 2.6 million ounces of gold), the Beaufor mine, Croinor Gold (see video), Fayolle, McKenzie Break and Swanson advanced projects and the Camflo and Beacon mills, as well as other promising exploration projects. It also offers custom milling services out of its 1,600 tonne-per-day Camflo mill.

The forward-looking statements in this press release involve known and unknown risks, uncertainties and other factors that may cause Monarch's actual results, performance and achievements to be materially different from the results, performance or achievements expressed or implied therein. Neither TSX nor its Regulation Services Provider (as that term is defined in the policies of the TSX accepts responsibility for the adequacy or accuracy of this press release.