Ringer
Rank: President [?]
Points: 15325 [?]
Votes: 67 Score: 3.6 [?]
Your Vote:
Please Log In to Vote
Follow
Did you know? You can earn activity points by filling your profile with information about yourself (what city you live in, your favorite team, blogs etc.)

challenges associated with a shrinking winter road season due to climate change,...seems like a reason to get all season roads in place.  Myopic small minded leader can't see the benefits because he is so far from the ring...about 130 kilometres away from the mineral claims. 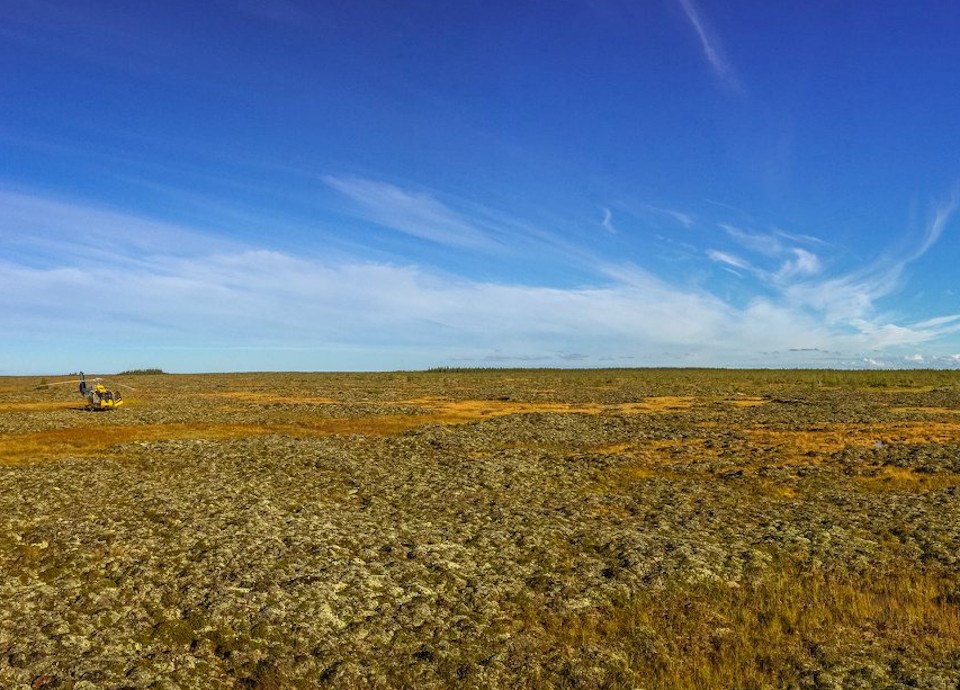 Neskantaga First Nation is calling for a halt to all the environmental assessment (EA) processes in the Ring of Fire.

Chief Wayne Moonias is demanding a "pause" in the process until the pandemic is over when meaningful consultation can take place on the proposed north-south corridor to access the Far North mineral belt.

In a letter to provincial Environment, Conservation and Park Minister Jeff Yurek, Moonias expressed his displeasure that the early stages of the provincial EA process is about to begin the Northern Road Link, the middle section of the Ring of Fire road, between Marten Falls and Webequie First Nations.

"Simply put this is the wrong process at the wrong time," said Moonias in his letter.

Want to read more stories about business in the North? Subscribe to our newsletter.

The fly-in/fly-out community of 400 on and off-reserve members is 430 kilometres north of Thunder Bay and about 130 kilometres away from the mineral claims.

Last week, a news release was issued by the road proponents - Marten Falls and Webequie First Nations - that the EA process was ready to begin on the proposed 120-kilometre link, connecting the Marten Falls Community Access Road, to the south, with the shorter Webequie Supply Road, which will run into the individual mine sites.

Sign up for the Sudbury Mining Solutions weekly newsletter here.

The EA process begins with the terms of reference, basically setting out the work plan on how the environmental study process will take proceed. Communities and stakeholder feedback will influence what's in those terms of reference.

"We should not be expected to make these important decisions under duress," said Moonias. "We have to preserve our community until this disease is over, because it is dangerous."

A number of cabinet-level and regional politicians, including Energy, Northern Development and Mines, and Indigenous Affairs Minister Greg Rickford and federal Indigenous Relations Minister Carolyn Bennett, received a copy of his letter.

Neskantaga is one of three communities prepared to go the legal route in demanding a shut-down of all environmental assessment-related work.

Moonias, a frequent critic of the Ring of Fire planning process, said local leadership already have enough on their plate with an ongoing health emergency, a community water crisis, challenges associated with a shrinking winter road season due to climate change, and the "marginalization of our voices" in the EA process.

Moonias said the Ontario government may think it's doing adequate consultation and accommodation but that's not the way his community sees it.

In his letter, Moonias said meaningful consultation requires "in-person deliberation," something public health measures prevent them from doing. They're not able to meet as a local governance body, gather input on traditional knowledge from community elders, or receive feedback from off-reserve members, which normally would be done at a gathering in Thunder Bay.

"Adequate consultation compels respect for our own protocols, including oral traditions, which requires in person interaction and discussion amongst community members, leaders, and elders."

Remote communication and video-conferencing isn't possible in Neskantaga, nor is it culturally appropriate, he said.

"For this reason, the proponents' offers to hold webinars cannot possibly constitute meaningful consultation or uphold the honour of the Crown in these circumstances."

Granting an extension for comments on the terms of reference does not give them adequate time to respond.

Moonias is also not a fan of the "project-splitting" process of doing EA's on individual sections of the Ring of Fire road.

He calls this incremental approach "unlawful" and "improper."

"At minimum, all sections of the proposed north-south road to the Ring of Fire should be assessed as one project," Moonias said, given the environmental, social and economic impacts of the scope of this industrial development.

Moonias reminded the minister in his letter that Canadian courts have consistently ruled that the manner and process of meaningful consultation on substantive issues must be a reciprocal, with adequate and reasonable timelines involved, for it to be regarded as a fair process and exchange of information.

"To conclude, we can't imagine a worse time for an environmental assessment," he said.