INDUSTRY BULLETIN: 'It is quite amazing': CBD oil entering the mainstream

Some people are infusing the cannabis extract in cocktails, others are buying it in the form of dog treats, while many more are using it as a form of pain relief.

Unlike tetrahydrocannabinol, the psychoactive extract of the cannabis plant commonly known as THC, cannabidiol doesn’t cause users to get high.

“When I first got involved with CBD I wanted to know what it was all about,” says Richard Butler, part of the management team at CBD Virtue, between Bridgnorth and Wolverhampton. 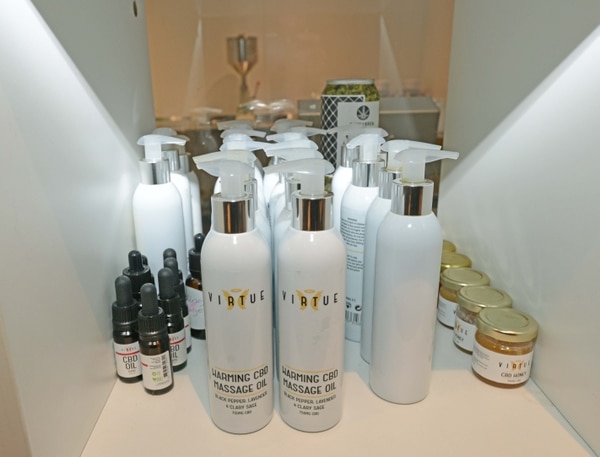 Some of the products

His company uses CBD to make products such as tablets, oils, body creams and balms.

Mr Butler says people are turning to CBD products to alleviate symptoms from physical ailments like pain and inflammation as well as mental ones like anxiety and depression.

At present, use of the oil is largely unregulated, and clinical trials into its usefulness are ongoing, but Mr Butler says he has witnessed its benefits.

“You learn more from the responses and feedback you get from customers,” he says. “It helps with pain relief, mental issues, anxieties.

“It also helps with eczema, psoriasis and acne – it is quite amazing actually.

“A lot of our initial customers were 40 plus and many were buying products for the younger generation. 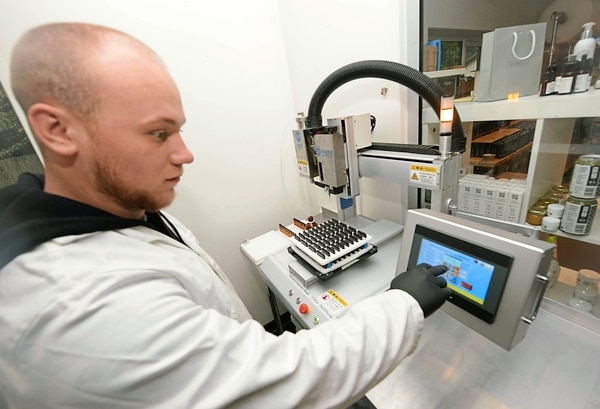 “What has amazed me is the amount of depression and anxiety that exists among teenagers up to people in their late 20s.”

CBD oil, its proponents say, offers numerous benefits, from pain relief to reducing anxiety. As an anticonvulsant, it may also help treat neurological disorders such as epilepsy and multiple sclerosis.

CBD is also one of the biggest buzzwords in food and drink. It has been hailed the next big thing, with more and more chefs and producers using the products in their recipes.

After already taking other countries by storm, more businesses in the UK are looking to tap into the market. 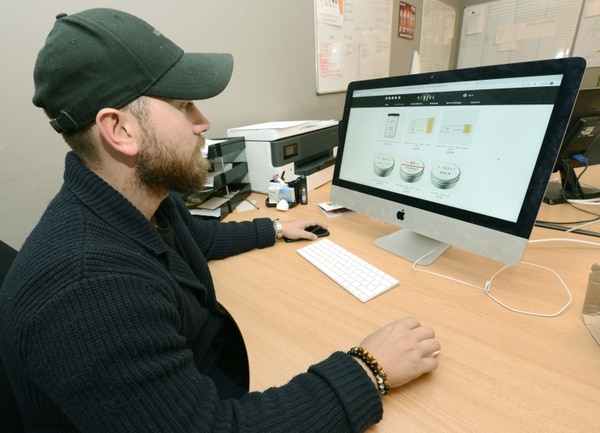 Mr Butler insists he has seen some significant success stories of people using the product for remedial purposes.

“I know someone who suffered with Parkinson’s for years who every time they woke up their whole body would be shaking and during the day they would shake out of control,” he says.

“I said ‘try this’ and within two weeks they went from their whole body shaking to feeling a slight twitch in their first finger and thumb.

“I am not allowed to say it cures cancer, but cancer sufferers are using it. There was someone who had skin cancer and it helped clear up blisters on their skin.

“My partner was on a lot of medication for various things and after taking four or five drops a day her stress and anxiety has gone.”

The product’s relationship to recreational cannabis also means that some people are reluctant to accept its use, and the medical benefits it provides have still to be proven beyond doubt.

But Mr Butler insists that the hemp-derived oil should be trusted.

“It is from a natural product that has been around for years,” he says. “Initially people were sceptical because it relates to cannabis. Yes, it is derived from cannabis plant, but the ‘high’ has been removed with the remedial side left behind. 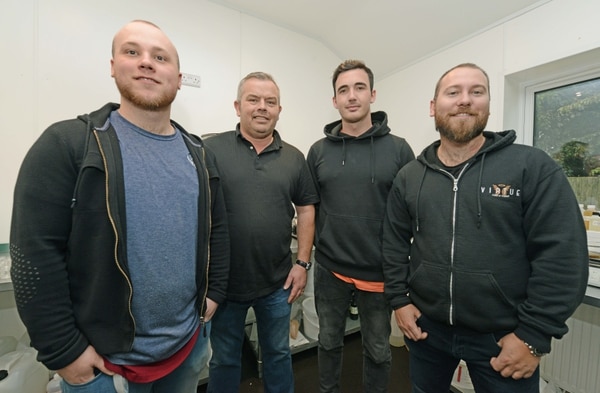 “We had the over 50s saying ‘ yeah but it’s cannabis, it’s cannabis’, but once you have explained to them they are willing to try it.

“A big part of my role has been educational. I would spend about two hours a day on Facebook educating people and answering a lot of questions.

“Initially it is getting people to try it, then after they see how effective it is they speak about it to their friends and family – a lot of it comes down to word of mouth.”

The plant is grown in Colorado in the USA, and a powdered form of the product is sent to the UK for the oil to be extracted by Richard’s team.

CBD Virtue employs 16 people, and is looking to double that by moving to larger premises to cope with demand.

Richard says: “We have a lab which is about 15ft by 20ft where a lot of our mixing is done. We also have another facility where we do the bottling up and everything else. 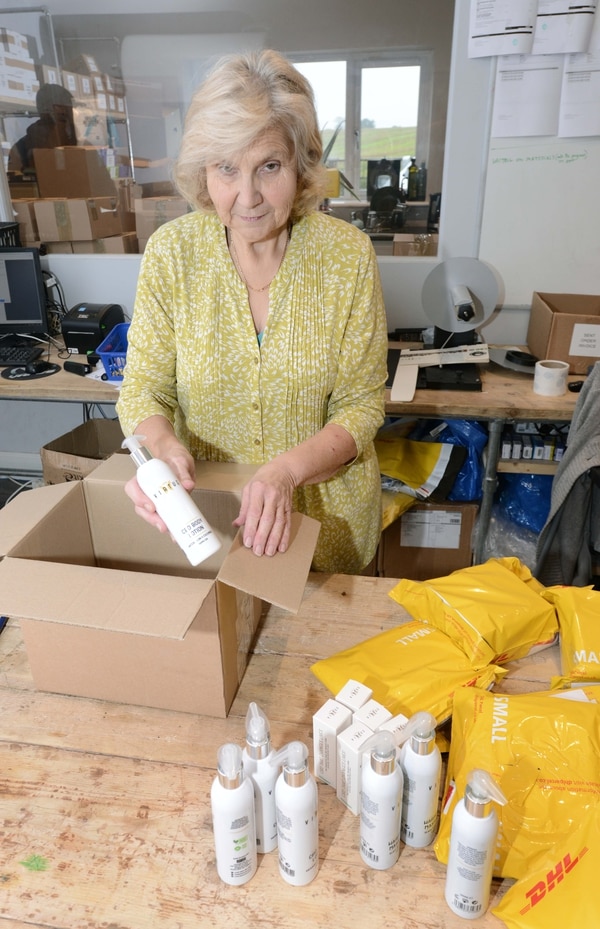 Jean Price packing up an order at CBD Virtue

“We are looking for larger premises due to growing demand and want to stay local. We employ 16 people and with the way things are going we are looking to double the workforce.”

Sales of products containing CBD have skyrocketed by 99 per cent in the UK, according to data.

Analysis by deals firm Wowcher suggests purchases of CBD products have almost doubled in 2019, with an increasing number of Brits trying the ingredient.

“The industry is exploding,” Mr Butler says. “Initially as a company we had a slow start with various issues with banks and online payment systems, but we have got more and more people on board who know how to get around these things.