It's not your imagination, cannabidiol, commonly known as CBD, has seemingly infiltrated every consumer product -- from skin care to gummy candies to vape pens to dog treats.

Those searches are expected to be up another 118% this year, with 6.4 million CBD Google searches logged in April alone, the most current month for which data is available. 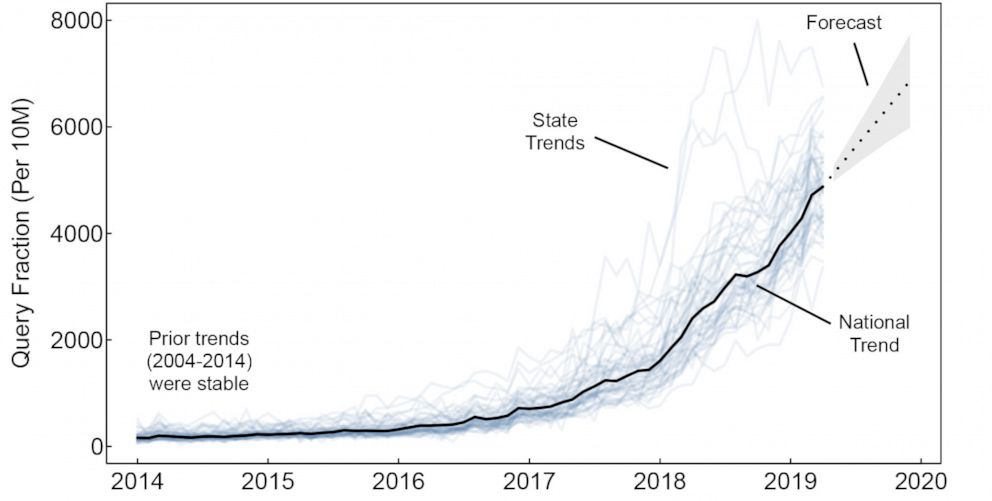 JAMA Network Open
National and state trends in Google searches for Cannabidiol or CBD since 2014.

In addition, the new study is a window into a nationwide phenomenon that's stretched beyond the wellness set or big cities. The biggest year-over-year spike in searches wasn't in New York or California, but rather, in Alabama, which saw searches grow more than 600% between 2018 and 2019.

Nationwide, searches for CBD outstripped queries for other popular health topics, like veganism, vaccination and marijuana.

"We think of dieting as being the most popular health search term ever, and for every two searches for dieting, there's one for CBD," said John Ayers, co-author of the study and associate professor at the University of California, San Diego.

"What you search for predicts what you buy," he added.

JAMA Network Open
Google searches for Cannabidiol or CBD and other health topics in April 2019.

Clearly there's a demand for information, but details about the product itself is frustratingly limited. CBD, which is derived from cannabis plants, isn't psychoactive, meaning unlike the other well-known ingredient in marijuana, tetrahydrocannabinol (THC), it doesn't get you high.

While CBD has been approved by the Food and Drug Administration for treating epilepsy, beyond that that limited use, it has no proven health benefits.

"When people are allowed to market CBD by saying anything, is it surprising that demand for it is so high?" Ayers asked. 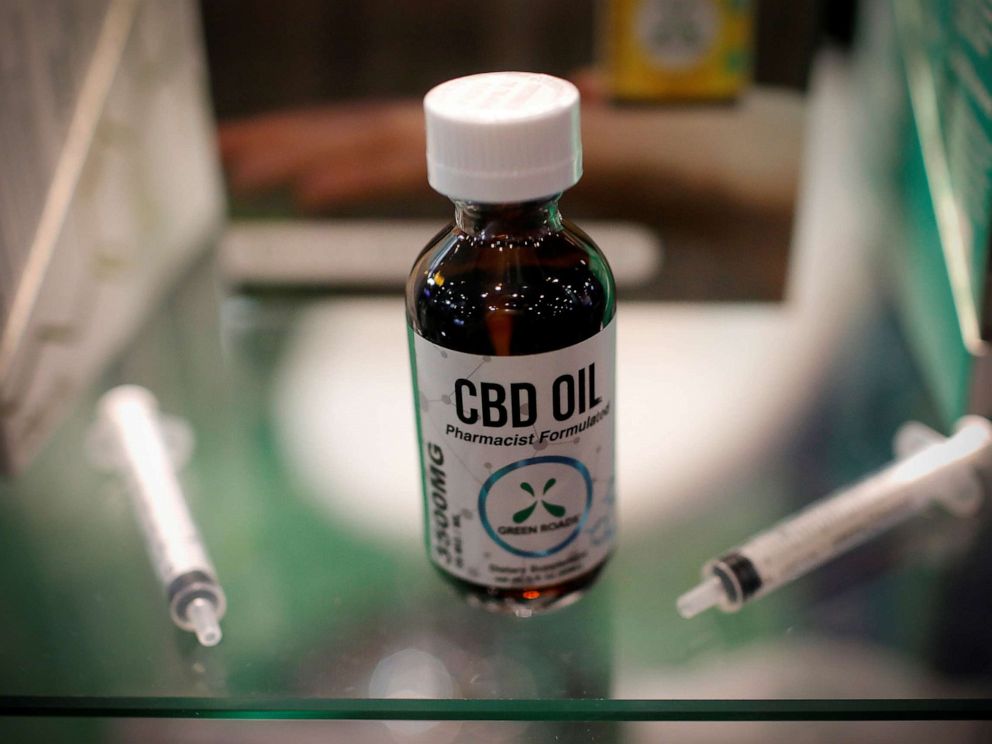 In response to rampant misinformation over unapproved cures, the FDA sent at least six warning letters this year to firms improperly marketing CBD products, which the agency says "are not approved by FDA for the diagnosis, cure, mitigation, treatment, or prevention of any disease."

Under current FDA rules, CBD cannot be added to food or drink, nor marketed as a dietary supplement.

Still, in the wake of the nation's recent spate of lung injuries and deaths linked to vaping, a similarly unregulated product, Ayers thinks CBD's online popularity should serve as a call to action for regulators.

"We already saw what can happen with vaping," he said. "Imagine with the demand for CBD, if we have a tainted product out there."