Welcome To The Tamerlane Ventures Inc HUB On AGORACOM 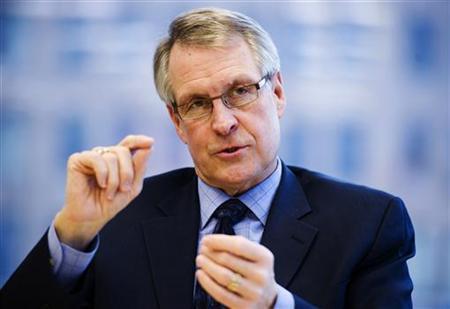 during the Reuters Mining Summit in Toronto, March 21, 2011.

PORT HOPE, Ontario (Reuters) - The lakeside town of Port Hope, Ontario, encompasses both the promise and the dark side of the nuclear industry, booming with the sector, yet saddled with contamination from when it helped build the bomb.

The town, some 110 kilometres (70 miles) from Ontario's capital Toronto, is home to the world's longest running facility to process nuclear fuel, a massive white eyesore that towers over the sailboats bobbing in its tranquil harbour.

The plant was built in the 1930s to refine radium. It was converted to a uranium facility in 1942 as Canada helped the United States to build an atomic bomb, and now converts uranium for nuclear fuel.

), the second largest uranium miner in the world, took over decades later, in 1988, and also runs a second plant that makes fuel rods nearby.

The nuclear power sector boomed on the prospect of soaring Chinese and Indian demand, only to crash as Japan's earthquake brought the potential nuclear problems home.

"There's still a lot of emotion," Cameco Chief Executive Jerry Grandey told Reuters. Referring to the Japan's earthquake stricken nuclear plant, he added: "I think it will take some time to work through Fukushima."

Cameco, which mines and processes uranium, was a big winner in the buzz around a renaissance that could bring dozens of new reactors online around the world in the next decade. Its shares more than doubled from the beginning of 2009 to February 2011.

In mid-March it all came crashing down as Japan's devastating earthquake and tsunami triggered one of the world's worst nuclear crises.

Cameco's shares have lost a quarter of their value since the Japanese disaster, and nagging questions about nuclear safety have raised doubts about the industry's revival.

The company's stock tumbled again this week after

said it would phase out its nuclear power program by 2022, stirring concern that other countries would follow suit.

None of this seems to phase Grandey, who was an anti-nuclear activist in the 1960 and 1970s, but later switched sides. He said he has no doubt Cameco will prosper as the world seeks alternatives to fossil fuels.

"I do absolutely think that the share price will recover," said Grandey, who retires this month at the age of 65.

Cameco managers in Port Hope won't comment on whether they have seen any changes in demand over the past few months, but the company has said 2011 production and sales projections are on track.

It plans to double uranium production to 40 million pounds a year by 2018, and reaffirmed that after the Japanese quake.

Dahlman Rose analyst Anthony Young said the strong outlook, coupled with the recent pullback in Cameco's share price from a two-year high of C$44.28 in February to less than C$28, presents an opportunity for patient investors.

"I'm not sure it's something you're going to see appreciate sharply over the near term," he said. "But I think as uranium prices go higher and as demand goes higher, investment in Cameco makes sense."

HEART OF THE COMPANY

If Cameco's uranium mines in Canada,

and Kazakhstan are the lifeblood of the multibillion dollar company, the sprawling complex at the Port Hope waterfront is the company's heart.

The tightly monitored facility converts yellow uranium powder into uranium dioxide, used to fuel heavy water reactors, and uranium hexafluoride, which is shipped to the United States, Europe and Asia for enrichment and then used to fuel light water reactors.

The rods, with radiation levels that are low enough for street clothes to be appropriate, are then welded into custom cylindrical bundles that will fit specific reactor cores.

All employees at the plant wear radiation monitors and are tested for exposure on a regular basis.

In the province of Ontario, Canada's most populous, 50 percent of energy comes from nuclear power. South of the border, the United States produces about 20 percent of its overall power from 104 reactors.

But fears over radiation in

has rekindled anxieties in Port Hope, where decades ago contaminated soil from the plant was used as fill in parks, ravines and fields. It's even in the yards of many homes.

This has led to low-level radiation throughout the town.

The Canadian government plans to build a storage facility to house that radioactive waste, with a full-scale clean-up set to begin this year. It is expected to take over a decade and will cost at least C$260 million ($265 million).

For Cameco's part, the company will tear down about 20 old buildings from the site, remove contaminated soil and move its footprint back from the Port Hope waterfront.

"You mine uranium to either power reactors or make bombs," said Greenpeace nuclear analyst Shawn-Patrick Stensil. "And at the other end of both of those is the potential for irreversible risks to the environment."

California-born Grandey said the industry is constantly learning from its mistakes.

"I think as time goes on and we're struggling with many of the bigger issues that seem to have now been forgotten -- energy security, energy diversity, climate change," he said.

"Then people will start to put it into perspective and we'll be back into a mode where nuclear is not the only answer by any means, but it is part of the solution."

Still, Grandey concedes investors won't put the meltdown at Japan's Fukushima Daiichi plant behind them any time soon, and Cameco is unlikely to regain its stride overnight.

Others are more upbeat.

Even as Germany looks to shut down its 17 reactors, countries like

, Russia and India are ramping up their ambitious nuclear initiatives. China alone has 27 reactors under construction, 50 planned and 110 in the proposal stage.

"We believe that China's growth alone should dwarf the German impact," said Dundee Capital Markets analyst David Talbot in a note to clients. "We anticipate China will use about 45-50 million pounds of (uranium) by 2020 - five times the fuel requirements of Germany."