Kenbridge property hosts measured and indicated resource of 7.5 Mt at 0.58% Ni and 0.32% Cu for a total of 95 Mlb of contained nickel

posted on Oct 07, 2020 09:34AM
Log in to use the IP Check tool [?]
Worldwide vehicle electrification to drive nickel demand 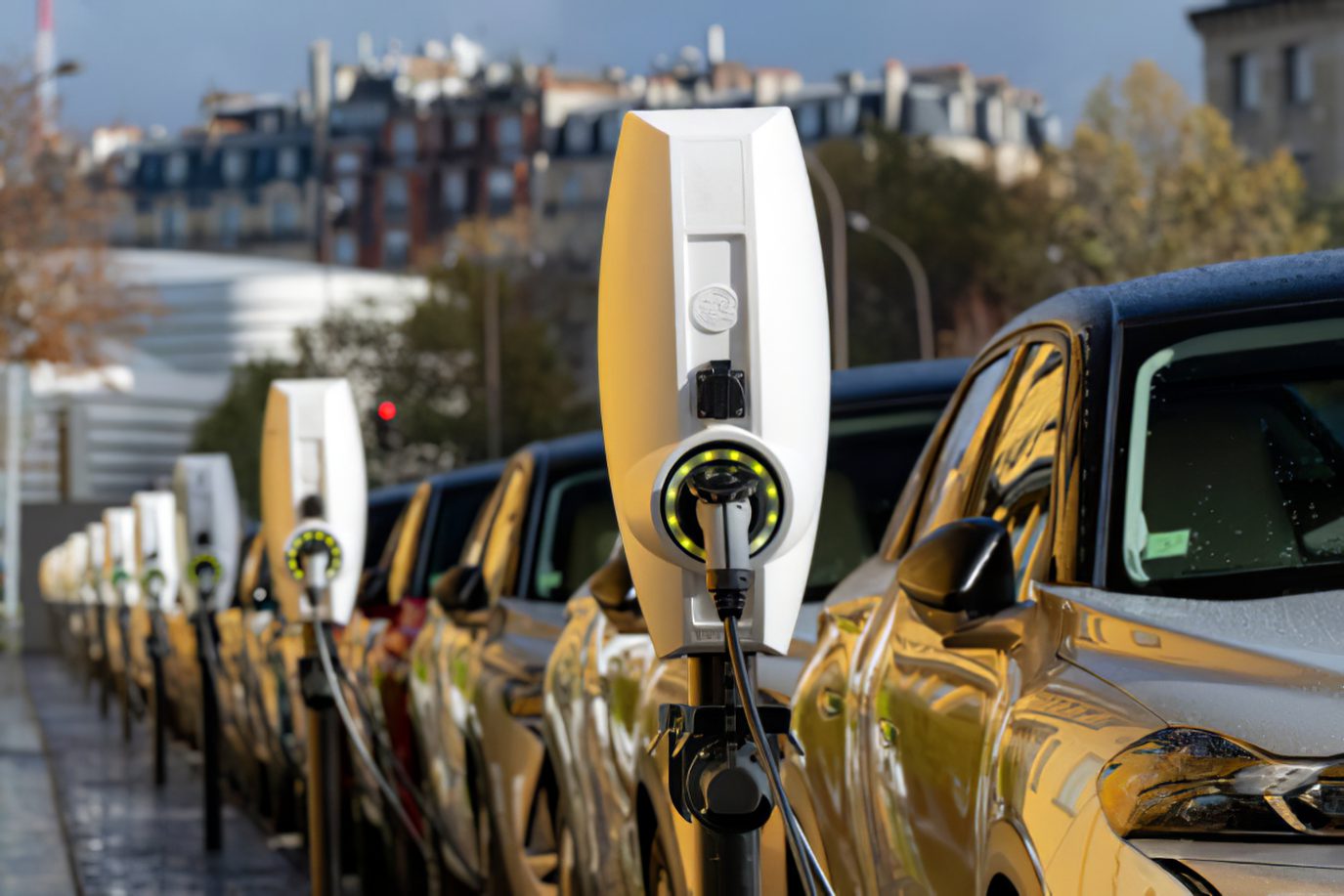 Nickel is a most useful base metal. Because rust never sleeps, some 75% of nickel produced is used to make stainless steel, most being what is known as Class 2 nickel. Class 1 nickel, or pure nickel, is used for making steel alloys, storage batteries for laptops and cell phones and, of increasing importance, electric vehicle (EV) batteries.

Nickel is part of the cathode in a Li-ion battery. It is these Li-ion batteries that are kick-starting a sea change in the nickel market.

Combining all uses, nickel demand grew 9.4% during 2018 and 2018 – outperforming all other major base metals – making it a US$20 billion per year industry. In 2018, Canadian exports of nickel-based products totaled $4.2 billion with Canada ranking fifth in the world for mine production.

And while stainless steel and other nickel usages continue to steadily grow as the world’s population increases, it is the EV market that is expected to see a huge growth in nickel demand, according to senior miner Glencore. For the first time, in 2017, sales of EVs passed the 1 million mark; however, this is just the beginning.

According to the International Energy Agency, (IEA), sales of electric cars topped 2.1 million globally in 2019, surpassing 2018 – already a another record year – to boost the stock to 7.2 million electric cars, 47% of which were in China. It’s hard to believe that in 2010, there were only 17,000 EVs on the road. Electric cars, which accounted for 2.6% of global car sales and about 1% of global car stock in 2019, registered a 40% year-on-year increase.

In their recent report, the IEA stated that nine countries had more than 100,000 electric cars on the road. At least 20 countries reached market shares above 1%. However, this growth has sometimes been disrupted by various events and circumstances that negatively affected EV sales.

Deloitte's outlook shows EV sales reaching 21 million vehicles in 2030 as the cost of manufacturing batteries falls significantly and range anxiety becomes less of a concern. Another challenge for would-be EV buyers is availability of charging stations out of town and, in tow, lacking of charging stations in older apartment buildings.

This huge increase in EV sales will be even more jump-started with the introduction of electric pickup trucks, SUVs, delivery trucks and semi tractor trailers. This could cause a supply crunch for Class 1 nickel.

It has been estimated that by 2025 the world need almost 1 million tonnes per year of new nickel supply. By 2030, 2.5 million tonnes, or double that of today, is required.

Wood Mackenzie is forecasting an average annual nickel deficit of 60,000 tonnes through to 2027 – a situation that bodes well for nickel explorers, developers and producers.

About one-half of the world’s nickel supply is suitable for use in batteries such as the nickel sulphide mines in Sudbury, Voisey’s Bay and Russia.

Those companies involved in discovering and mining nickel deposits are participating in a massive unstoppable global event with the electrification of the world’s vehicles – a good place to be.

While copper and cobalt are important for the EV battery and vehicle market, Elon Musk of Tesla Motors recently stated that nickel remains a key ingredient to its rapidly improving EV battery technology. Stainless steel production still accounts for the majority of nickel usage; however, commodity research firm Roskill has stated that the current EV nickel demand will grow from 4% to 15-20% of the market.

Mark Appleby, President and CEO, notes that the deposit is open to depth with the highest nickel grades having a strong down-plunge orientation such as hole KB07-180 that returned 2.95% nickel and  0.82% copper over 21.5 metres, including 7.2% nickel and 0.67% copper over 5.5 metres. 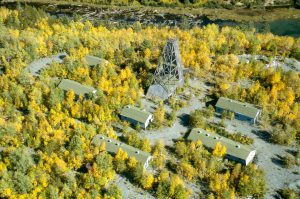 Tartisan Nickel has planned a surface exploration and definition drilling plan, in addition to geotechnical, metallurgical and environmental work to advance the project in the upcoming 2020 winter season and into summer 2021.

Tartisan is a shareholder in Class 1 Nickel and Technologies that holds the past-producing Alexo-Kelex Dundonald nickel project near Timmins, Ontario in which Tartisan has a 0.5% NSR. The property hosts an estimated total NI 43-101 compliant Indicated Mineral Resources of 571.7k tonnes averaging 0.77% nickel plus Inferred Resources.

Being a prospect generator, Tartisan spun out the Alexco-Kelex Project to Class 1 Nickel as well as the La Victoria Project to Eloro.

Tartisan is a shareholder in Peruvian Metals Corp. that is operating a toll mill in Peru and announced an exploration and bulk sampling program on the high-grade gold-silver-copper Palta Dorada Project.

Tartisan also has a 100% interest in the Sill Lake silver-lead project near Sault Ste. Marie, Ontario.

Tartisan’s investment portfolio is in excess of $7 million which can provide funds for its activities and avoids share dilution through further share issuances. The company has 101.6 million shares outstanding.

Though its acquisitions and investments, Tartisan Nickel is poised to benefit from the burgeoning EV battery sector as well as its precious metal and base metal prospects.

Located on Nickel Mountain, the flagship E&L deposit hosts nickel, copper, cobalt, platinum, palladium gold and silver. The latest drill results from the 2020 program have extended the strike length of the mineralized E&L system from 200 metres to over 650 metres to the east, where the intrusion remains open.

In February, 2019, Garibaldi confirmed an even shallower new zone (Northeast Zone) with drill hole EL-18-33 that returned 7.7% nickel and 2.95% copper over 4.8 metres within a broader interval of 49 metres grading 1.34% nickel and 0.89% copper (core length) plus cobalt, platinum, palladium, gold and silver credits. 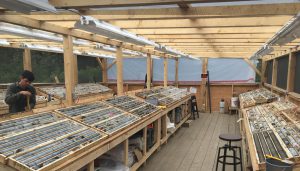 Hole EL-20-88, collared 350 metres east of pivotal hole EL-19-80, intersected 142.79 metres of mineralized taxitic gabbro and olivine pyroxenite along trend of the E&L system. This large step-out hole exhibited an E&L geochemical signature which expanded the strike length of the E&L gabbroic intrusion to over 650 metres within a 2-km structural corridor that remains untested and open.

Garibaldi has drilled 10 additional holes at the E&L project on Nickel Mountain and is up to hole 94 so far this season. With new geochemical and geophysical targets located at depth, the immediate goal of the drill program is to follow the steeply-plunging E&L gabbro to the east. The conductors detected off hole will be drill tested for mineralization.

Garibaldi’s nickel discovery is a unique development in the Golden Triangle with excellent potential for significant expansion at a time of increasing nickel demand from the electric vehicle market.

Field crews collected 165 samples within 250 metres north of and 250 metres south of the northwest-southeast-striking Casper vein. High-grade grab samples at Casper were reported up to 249 g/t gold and assays for 86 Casper channel samples have been released with up to 92 g/t gold and 5.69 g/t gold over 52 metres.

Mechanical trenching at the Casper gold quartz vein has further uncovered the high-grade vein over more than 120 metres, from the initial 43 metres of hand trenching exposing the discovery.

The company has 116 million shares outstanding.

Sama’s projects are located approximately 600 km northwest of Abidjan in Côte d’Ivoire and adjacent to the Guinean border in West Africa.

In 2010, Sama discovered nickel-copper-PGE mineralization, including veins and lenses of high grades material near surface at numerous locations within the then discovered Yacouba intrusive complex.

In October, 2017, Sama announced that it had entered into a binding term sheet in view of forming a strategic partnership with HPX TechCo Inc., a private mineral exploration company in which mining entrepreneur Robert Friedland is a significant stakeholder, in order to develop the Samapleu Project. HPX is spending $18 million on the project. 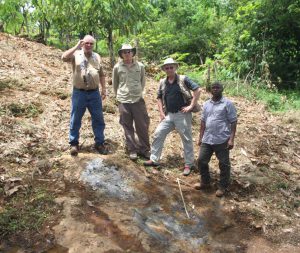 Since March 2010, Sama has performed surface IP and Mag surveys as well as Airborne Mag-Radiometric and HTEM surveys and 388 boreholes for a total of 54,000 metres of drilling. Mineral resources assessments have been completed at one site, the Samapleu deposit, aiming for a modest scale Ni-Cu open pit mining and processing operation, while continuing to explore newly discovered prospective ground. Sama’s objective is to delineate massive sulphide reservoirs that could be the source of these high-grade nickel–copper-cobalt-palladium lenses. The newly discovered Yacouba complex can be compared to other world class bases metals camps like Jinchuan in China and Voisey’s Bay in Canada, etc.

Highlights of a Preliminary Economic Assessment at Samapleu, include average annual production of 3,900 tonnes of carbonyl nickel powder, 8,400 tonnes of carbonyl iron powder and 14,100 tonnes of copper concentrate over a 20-year mine life. Capital costs are estimated to be $282 million, including a contingency of $37 million with operational costs of $23.96/tonne milled.

Geophysical activities have resumed with downhole electromagnetic surveys planned in four deep drill holes at the Yepleu target zone and in one deep drill hole at the Bounta target zone. The holes at Yepleu and Bounta were drilled in the early months of 2020, with both zones part of the large Yacouba Ultramafic-Mafic intrusive complex discovered by Sama in 2010.

Future production will be managed by a JV controlled 66⅔% by Sama Nickel Corp. a wholly-owned subsidiary of Sama Resources, and 33⅓% by SODEMI.  Sama Resources has $2.5 million in its treasury and holds $12.4 million in securities with no debt. The company has 216,466,410 shares outstanding.