100% Interest in the Trove and East Barry Properties Adjacent to Osisko, Windfall, Quebec 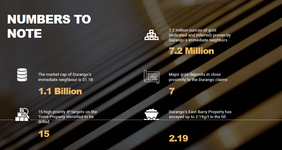 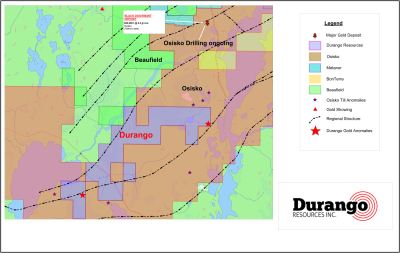 Durango owns 100% interest in the Trove claims, which are surrounded by Osisko Mining Inc. (TSX: OSK), in the Windfall Lake area between Val d'Or and Chibougamau, Quebec.

Till Sampling at Trove:

Five blocks of claims ware visited and sampled in November 2017. 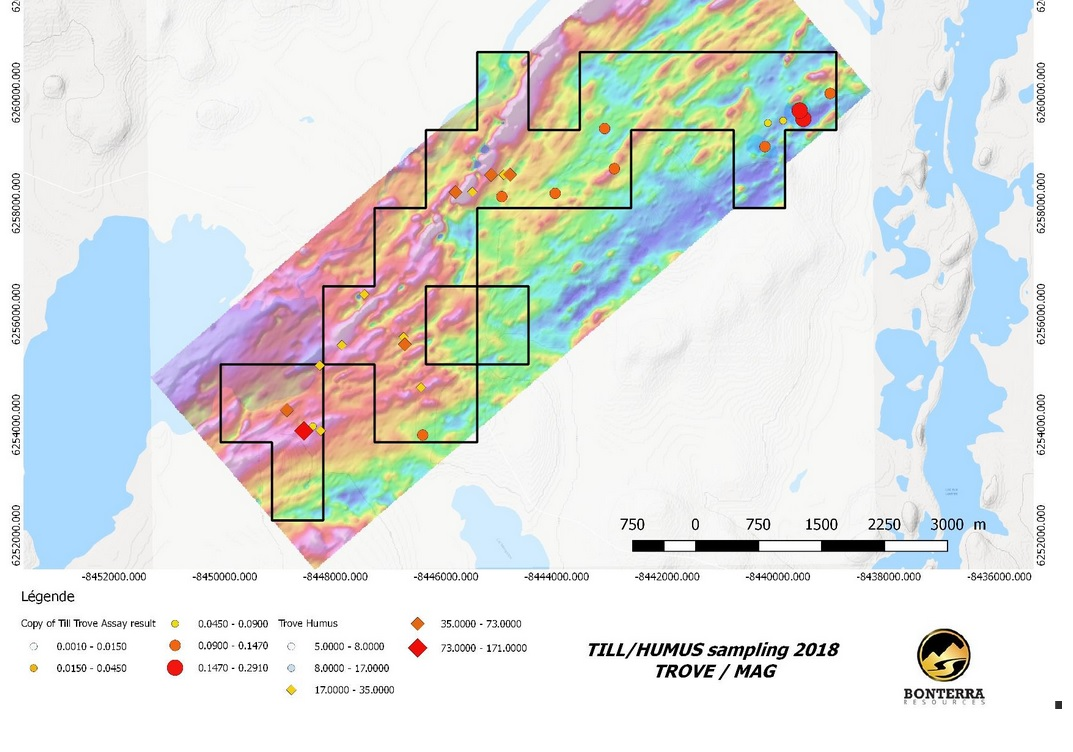 Durango owns 100% interest in the Trove claims, which are surrounded by Osisko Mining Inc. (TSX: OSK) , in the Windfall Lake area between Val d'Or and Chibougamau, Quebec. The 1,185 hectare property is compelling due to the coincidence of gold found in tills coinciding with magnetic highs, several Induced Polarization anomalies and two faults crosscutting the property. The fault systems north and south of the Trove, control gold mineralization elsewhere, indicating the Trove has excellent exploration potential. Durango received all the final drill permits for the Trove property in September 2019 and is undergoing its final reviewing process for the proposed 3,000m drill program.

Durango entered a JV with  BonTerra on Trove in 2017

September 11, 2018, BonTerra advised Durango in writing that it will not be proceeding with further exploration activities on the Trove Property

Pursuant to the terms of the Option Agreement, Durango will retain its 100% interest in the Trove Property.

The East Barry Property is a compelling target to host gold mineralization. 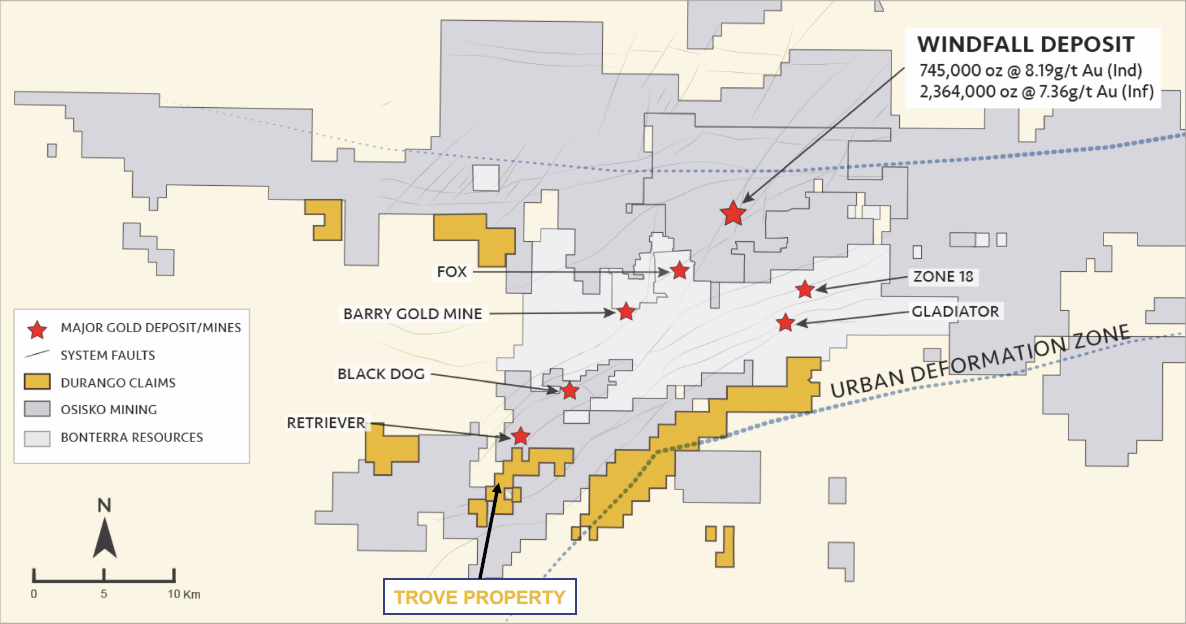 Durango owns 100% interest in the East Barry claims which run parallel to Trove claims. The East Barry block is over 6,100 hectares in size and borders the eastern perimeter of Osisko's holdings and the southern perimeter of Bonterra's holdings and is less than 4km south of the Gladiator deposit. The East Barry claims host a gold trend which covers approximately 10km in length and is subparallel to the main Barry Fault held by Osisko. In 2018 a till sampling program was conducted and one of the till samples returned fourty-two (42) pristine gold grains with reported gold values of 2.184 g/t Au. A high count of pristine gold grains indicates that the gold has travelled a very short distance from its source. The East Barry block underwent an Induced Polarization survey in 2018 which identified a high priority target coincident with the high count of pristine gold grains

The Discovery Property is located 100km north of Chibougamau, Quebec and is approximately 60km southwest of the past producing Troilus Mine. The Troilus Mine produced over 2M ounces of gold from 1997-2010 and has remaining indicated resources of another 4.71M ounces (Troilus website). The Discovery property of Durango is approximately 4,200 hectares in size and covers an important geological structure in the Frotet Evans greenstone belt which has a history of producing gold and copper. The Discovery Property is located on strike with Troilus Gold Corp. and Osisko Mining Inc. and has road access and hydro lines crossing the property. 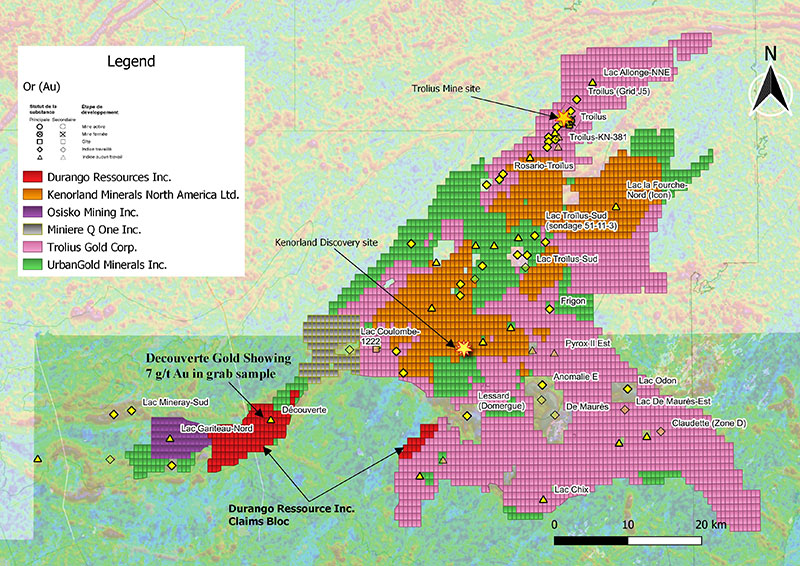 The Mayner’s Fortune limestone property is located in the Skeena Mining Division approximately 7.5 kilometres south west of Terrace, B.C. and 4 kilometres west of Lakelse Lake on Lakelse River. The property has logging road access and the Canadian National Railway cuts through the property along its route between Terrace and Kitimat.

Durango has received permit approval from the British Columbia Ministry of Energy, Mines and Petroleum Resources for its bulk tonnage application on the Mayner’s Fortune Limestone Project in northern B.C. The bulk tonnage permit will allow Durango to determine the volume and quality of limestone unit #5 and provide an understanding of the potential tonnage for the unit. Unit #5 has been measured at 1.6km long and Durango is interested in determining the calcium carbonate levels at depth. Limestone units #1 and #3 are already known to be of high quality and generous size.

Limestone unit #1 has an historical inferred reserves for the 10-mile zone measured 454,000 tonnes grading 96.3 per cent limestone, which seems probable based on the observations from the 2017 site visit. Representative samples taken from outcrop sections of the Mayner’s Fortune occurrence assayed calcium carbonate levels at 97.6%. Additional assays in the area have returned calcium carbonate levels up to 99.9% at surface.

The technical contents of this page were approved by George Yordanov, PGeo, an independent qualified person as defined by National Instrument 43-101. The property has not yet been the subject of an NI 43-101 report. 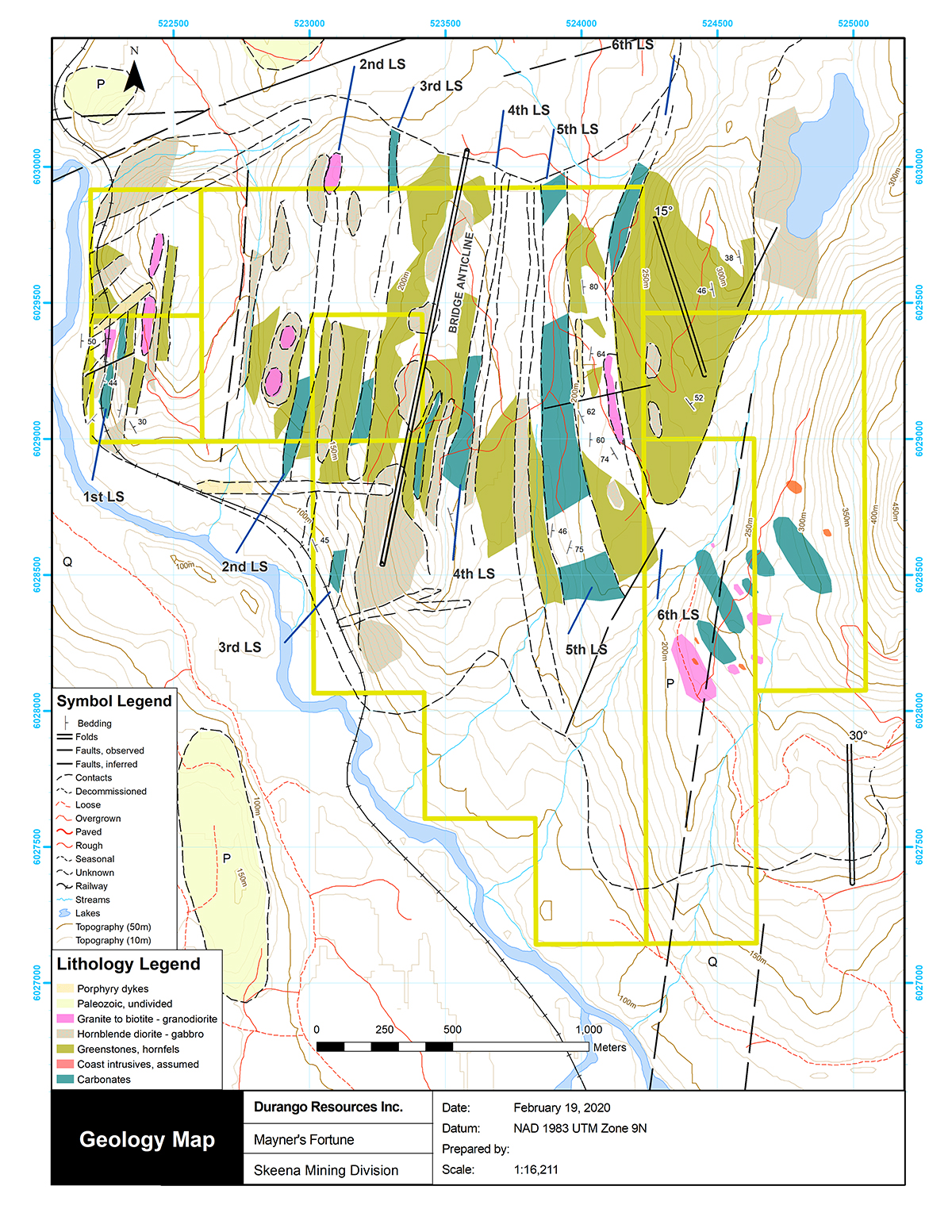 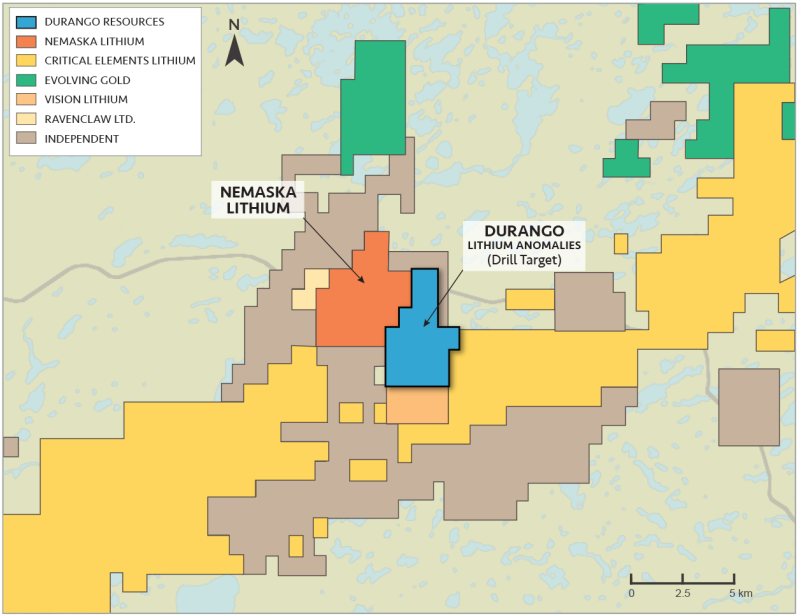 Durango's 100%-owned NMX East property is adjacent to the Whabouchi Lithium Deposit and Hydromet Plant Project, which has been the subject of a Feasibility Study and is planned to be developed into an open pit mining operation. This plant will produce lithium hydroxide, which is used in cathodes of rechargeable batteries.

Results from the field reconnaissance survey conducted by Durango on the NMX East property clearly indicate the discovery of distinct lithium-bearing intrusions, which have been characterized as LCT (lithium-cesium-tantalum) pegmatites, and the generation of clear drilling targets.

The Nemiscau Region exhibits a markedly limited amount of bedrock exposure, which produces a very challenging environment for surface sampling. On average, there is approximately less than 5% exposure on the NMX East property and a large portion of the surrounding region. Evidence suggests that the majority of pegmatite bodies in the Nemiscau Region are obscured beneath the glacial diamict which blankets the region (1). Nemaska Lithium Inc.'s recent drilling results also report mineralized intercepts as deep as 500 metres below surface. It is possible that viable lithium-bearing LCT pegmatites, which occur at surface on Durango’s NMX East property, could represent smaller exposures of potentially larger intrusions at depth, laterally, and along strike. 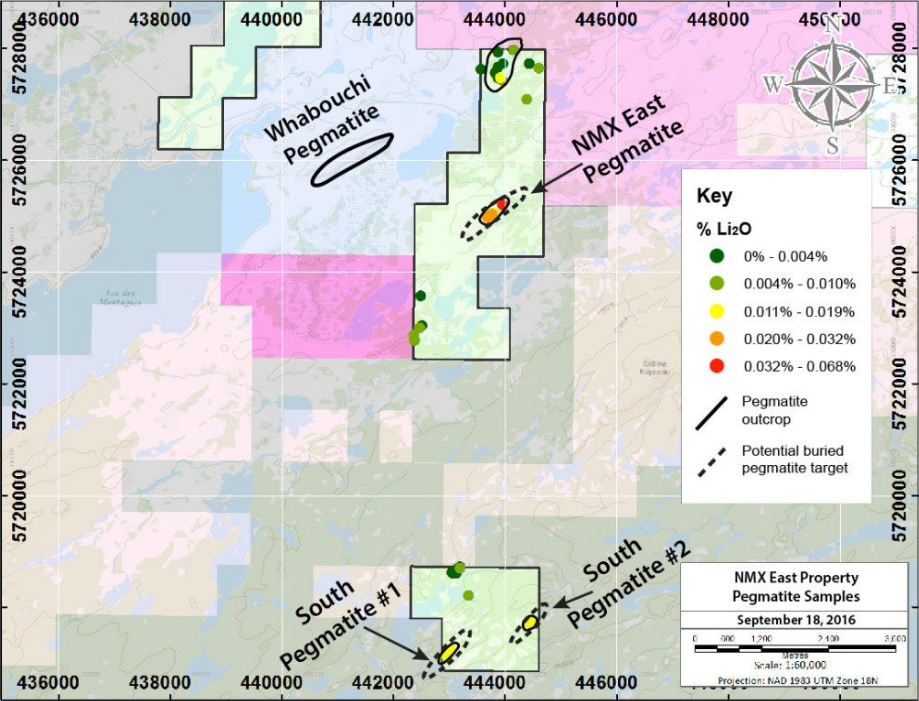 The technical contents of this page were approved by George Yordanov, PGeo, M.Sc., (#1612), a qualified person as defined by NI 43-101. The properties have not yet been the subject of a compliant NI 43-101 report.