One mile of Ocean Front, One Incredible Real Estate Development

Omagine, Inc. (“OMAG”), through its 75% owned subsidiary Omagine LLC, plans to develop a $2.5 billion real-estate, tourism and entertainment project (the "Omagine Project") in the Sultanate of Oman. Omagine LLC was formed in Oman by OMAG as a wholly owned subsidiary and OMAG subsequently arranged for Omagine LLC to sell a 25% equity ownership interest in Omagine LLC to two partners for $70 million. The partner are is Royal Court Affairs.

The Omagine Project is planned to be developed on one million square meters (equal to approximately 245 acres) of beachfront land facing the Gulf of Oman (the "Omagine Site") just west of the capital city of Muscat and approximately six miles from Muscat International Airport. It is planned to be an integration of cultural, heritage, educational, entertainment and residential components, including: a "high culture" theme park containing seven pearl shaped buildings, each approximately 60 feet in diameter, associated exhibition buildings, a boardwalk, an open air amphitheatre and stage; open space green areas; a canal and an enclosed harbor and marina area; associated retail shops and restaurants, entertainment venues, boat slips, and docking facilities; a five-star resort hotel, a four-star resort hotel and possibly a three or four-star hotel; commercial office buildings; shopping and retail establishments integrated with the hotels, and approximately two thousand residences to be developed for sale. OMAG owns all the copyrights and intellectual property associated with the Omagine brand.

To establish the value of its Usufruct Rights for the Omagine Site and properly record such value in its financial statements, Omagine contracted with three separate real-estate valuation firms, each of which is well known in Oman and Dubai and all of which have recognizable worldwide brands in the real-estate valuation business. These firms were tasked to provide Omagine with the value of its Usufruct Rights. All three valuations were conducted in accordance with the professional standards specified by the Royal Institution of Chartered Surveyors (“RICS”) and International Financial Reporting Standards (“IFRS”).

Company recently announced that its 60% owned subsidiary, Omagine LLC has signed a Development Agreement (“DA”) with the Government of the Sultanate of Oman (“Oman”).

The Omagine Project is planned to be an integration of cultural, entertainment and residential components, including: hotels, commercial buildings, retail establishments and more than two thousand residences to be developed for sale. It will be developed on one million square meters (245 acres) of beachfront land (the "Omagine Site") facing the Gulf of Oman just west of the capital city of Muscat and approximately six miles from Muscat International Airport.

Omagine LLC owns the Omagine Project which, over the next several years, is projected to generate exceptional cash flow to the Company and the other Omagine LLC shareholder. The Company owns 75% of Omagine LLC.

About the office of Royal Court Affairs.

For more information on the office of Royal Court Affairs (“RCA”) an Omani organization, see www.rca.gov.om. 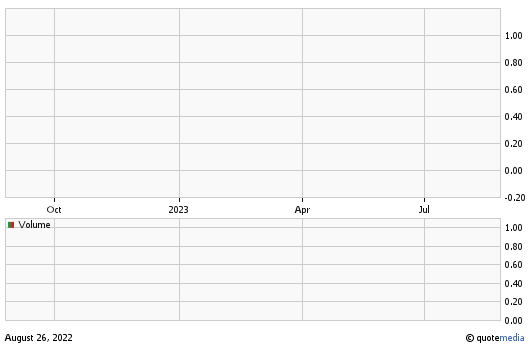 Last changed at 19-Sep-2019 11:19AM by AGORACOM
Search this hub
President's D.D.
The 2009 free-trade agreement with the United States provides strong protections for foreign investing in Oman
read more