/NOT FOR DISTRIBUTION TO UNITED STATES NEWSWIRE SERVICES OR FOR DISSEMINATION IN THE UNITED STATES . ANY FAILURE TO COMPLY WITH THIS RESTRICTION MAY CONSTITUTE A VIOLATION OF UNITED STATES SECURITIES LAWS/ 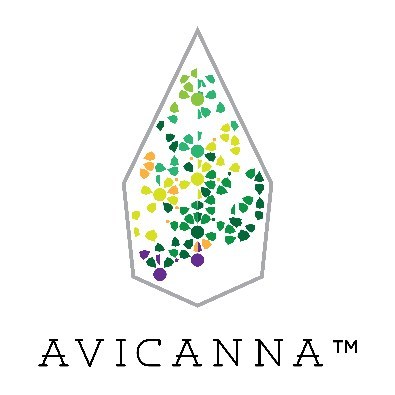 The Offering was conducted on a "best efforts" basis by a syndicate of agents led by Echelon Wealth Partners Inc., as lead agent and sole-bookrunner, and including Beacon Securities Limited and Canaccord Genuity Corp. (collectively, the " Agents ").

Aras Azadian , CEO of Avicanna, commented: "The completion of our first prospectus offering and substantial capital raise since our IPO is a confirmation of the on-going support from our existing and new shareholders during a difficult time in the market. This also coincides with further cost reductions and with the launch of our medical products and several other commercial initiatives across several markets where we intend to use the use the proceeds of this raise to pave the way to sustainability and profitability."

The Company has granted the Agents an option, exercisable in whole or in part, at the sole discretion of the Agents, at any time for a period of 30 days from and including the closing of the Offering, to purchase from the Company up to an additional 15% of the Units sold under the Offering, on the same terms and conditions of the Offering to cover over-allotments, if any, and for market stabilization purposes (the " Over-Allotment Option "). The Over-Allotment Option may be exercised by the Agents to purchase additional Units, Common Shares, Warrants or any combination thereof.

The Company intends to use the net proceeds of the Offering for product development, working capital and general corporate purposes.

Avicanna is a diversified and vertically integrated Canadian biopharmaceutical company focused on the research, development, and commercialization of plant-derived cannabinoid-based products for the global consumer, medical, and pharmaceutical market segments.

Avicanna is an established leader in cannabinoid research and development, which it primarily conducts at its R&D headquarters in the Johnson & Johnson Innovation Centre, JLABS @ Toronto, Canada and in collaboration with leading Canadian academic and medical institutions. In addition to its developing pharmaceutical pipeline, Avicanna's team of experts have developed and commercialized several industry leading product lines, including:

With ongoing clinical trials on its derma-cosmetic (Pura H&W), medical cannabis (RHO Phyto) and a pipeline of pharmaceutical products, Avicanna's dedication to researching the important role that cannabinoids play in an increasingly wider scope of products has been at the core of the Company's vision since its inception. Furthermore, Avicanna's commitment to education is demonstrated through its annual medical symposium, the Avicanna Academy educational platform, and the My Cannabis Clinic patient program through its subsidiary company.

Avicanna manages its own supply chain including cultivation and extraction through its two majority-owned subsidiaries, Sativa Nativa S.A.S. and Santa Marta Golden Hemp S.A.S., both located in Santa Marta , Colombia . Through these sustainable, economical, and industrial scale subsidiaries, Avicanna cultivates, processes, and commercializes a range of cannabis and hemp cultivars dominant in CBD, CBG, THC, and other cannabinoids for use as active pharmaceutical ingredients. Avicanna's Avesta Genetica program specializes in the development and optimization of rare cultivars for commercial production along with feminized seeds for global export. In June 2020 , Avicanna made history with a shipment of hemp seeds to the United States of America by completing the first ever export of hemp seeds from Colombia .

This news release contains "forward-looking information" within the meaning of applicable securities laws. Forward-looking information contained in this press release may be identified by the use of words such as, "may", "would", "could", "will", "likely", "expect", "anticipate", "believe, "intend", "plan", "forecast", "project", "estimate", "outlook" and other similar expressions. The forward-looking information contained in this news release is based on certain key expectations and assumptions made by the Company, including satisfaction of regulatory requirements in various jurisdictions, exercise of the Over-Allotment Option and the use of proceeds from the Offering.