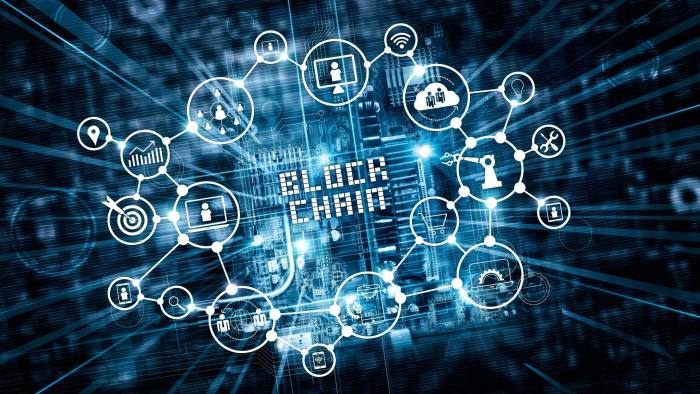 Spain’s BBVA and two partner banks have completed the first syndicated loan on the blockchain, providing a working example of how transactions in the $4.6tn-a-year market can be simplified and made faster using technology that underpins cryptocurrencies.

Syndicated loans were identified early on as a key use for blockchain in financial services, since banks rely on outdated and inefficient processes including faxes to share information between different parties who are structuring complex agreements.

Combining shared databases and cryptography, blockchain technology is the basis for cryptocurrencies such as bitcoin. Banks have seized on the technology, which allows multiple parties to have simultaneous access to a constantly updated digital ledger that cannot be altered, as a way to cut costs and speed up many activities.

On Tuesday, BBVA used a private blockchain network to arrange a $150m syndicated loan for Red Electrica, the Spanish grid operator, with co-lenders MUFG of Japan and BNP Paribas of France. Legal advisers Linklaters and Herbert Smith Freehills also had access to the system which allowed all parties to exchange information instantly.

The information was time-stamped, to show exactly when each event occurred, and the network was secured with user codes. Once the contract was signed, it was given a unique identifier that was recorded on the Ethereum blockchain, preserving its authenticity.

BBVA says the blockchain technology, which is being rolled out on a pilot basis, simplifies and speeds up the process of completing syndicated loans from about two weeks to a day or two. Loan signing and documentation processing, which traditionally takes a few hours, can be done in minutes.

As well as the saving time, moving syndicated loans to the blockchain will also deliver a “huge reduction in internal costs” for clients, Ricardo Laiseca, BBVA’s head of global finance, told the FT. He said: “Everything is automatically recorded by the system, in terms of back office and operational costs.”

Mr Laiseca said that BBVA had a pipeline of “five or six” other syndicated loans that would be done over the blockchain in the coming months as the pilot continues.

“We are offering these technologies for collaboration with any other banks . . . This is not just for BBVA, we feel that as a second stage (we are) working on a new markets infrastructure which will be good for everyone.”

Another platform built by fintech group Finastra and pioneered by the UK’s NatWest is offering syndicated loan servicing over blockchain, using the Corda distributed ledger technology. which is due to go live on November 17. In the broader lending space, BBVA earlier this year issued the world’s first corporate loan by blockchain.