Betting is esports’ biggest and most underappreciated opportunity 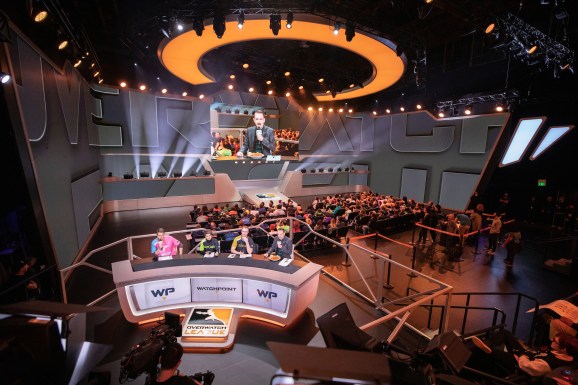 Betting is the single biggest opportunity in esports. It has uncapped upside and is one of the least encumbered by the video game publisher…but it’s also one of the least talked about. The recent investment wave in esports has been primarily focused on the most visible assets in the space being esports organizations, influencer agencies, and content/competition assets. I believe it’s important people understand that verticals like betting are a huge part of the potential of esports now that interest in the space has skyrocketed.

As one of the fastest growing categories in online gambling, esports betting is on pace to reach up to $8 billion USD in total wagers this year, equating to $560 million in revenue at an industry average margin of 7%. Growth estimates point to more than $16 billion in annual wagers in coming years. This compares to an estimated $1 billion in revenue to be earned in 2019 for the rest of esports, however, when adjusting for publisher owned/operated assets revenue, I believe the number is closer to half that. This adjustment nets out game publisher fees, merch and ticketing at major publisher run events, a proportion of media rights, and a percentage of sponsorship and advertising.

The benefits of esports betting

We make this adjustment as the investable esports ecosystem, everything making headlines lately, is non-publisher assets, companies building around the IP of publishers. Unlike these categories, betting is IP-agnostic as it requires no franchise or licensing fees paid to the publisher, which is seen in categories such as esports teams or tournament organizers. It is also game-agnostic, not being exposed to game cyclicality, which is the mark of the video game industry and esports.

Gamers are fickle and it’s impossible to predict the longevity of a new title. Betting is a platform that can easily offer whatever is being watched. Lastly, it is API-agnostic, seeing no reliance on publisher logins or other third-party API’s such as Twitch which can be found in other verticals. This is why I believe the magnitude of the opportunity in betting exceeds every other vertical in esports and will continue to do so long-term.

How did it begin? The first major wave came with the use of virtual in-game aesthetics as unregulated casino chips back in 2013/2014. Valve games, Counter Strike: Global Offensive and Dota 2, the second and third most popular esports (behind League of Legends), have highly liquid real money economies using in-game aesthetics termed skins, which fans began to use for gambling on esports.

Nearly all the skins gambling sites were operating illegally, rarely doing any requisite Know Your Customer (KYC) compliance to ensure the customer is in a legal jurisdiction and over 18, had little to no Anti-Money Laundering (AML) controls, and certainly no gambling license. Unfortunately, this meant many underage kids often from illegal markets gambled, and the skins betting market quickly swelled to $5 billion in total wagers. After multiple scams and a class action lawsuit, Valve sent cease & desist notices to all major skins gambling sites toward the end of 2016, resulting in a material reduction in skins betting.

Although the illegal skins sites did not directly make the transition to regulated esports betting, they were a key step in the process. The advantage of those sites is they were totally unregulated. You could build one and get it up and running in 30 days. A regulated gambling site takes a year if you move quick. As a consequence, we saw effectively nobody switch. However, the companies making regulated esports specific betting products took product and marketing cues from those sites as they serve the same customer base.

Now in 2019 esports betting is one of the most exciting categories in the regulated gambling industry. Even more so when combined with a U.S. sports betting market opening up state by state. With the nature of esports being video games, it creates unlimited possibilities for unique bets such as round-by-round betting in first person shooters, or hyper-contextual bets like first Baron kill (provides a team buff) in the world’s most popular esport game, League of Legends. With new game titles constantly being released, and an ever-increasing population of esports fans, the trend is clear.

Many ways to bet on esports

The current options available for esports fans to bet with is varied. You have legacy sportsbooks with an esports offering, purist esports sportsbooks sites, crypto betting offerings, and still some illegal skins betting sites. The challenge and opportunity as I see it is not attracting the gambler to bet on esports, but rather attracting and onboarding the esports fan. What appeals to a 23-year-old esports fan that has less experience with betting is different from what is currently being offered to a 35-year-old football fan.

Similar to any traditional service being offered to a new generation requiring a major user experience overhaul (as financial tech has). I believe it isn’t enough to just display the odds. Sportsbooks need to offer more contextual betting, team/match data, content/community offerings, deep partnership engagements and more. The exciting thing is that the code has not been cracked, and the room for innovation is vast.

Online gambling has spent more than 20 years focused on traditional sports. Creating and curating the optimal offering, marketing schemes, and bonus/reward programs. Converting brick and mortar bettors to online ones. Over that period gambling regulation has evolved, sports fans have aged, and the market has become relatively saturated with operators.

The emergence of esports as a sport, and consequently, a betting market, represents the first instance in a long time of a new generation entering the fold. This is unprecedented and the interest from the traditional gambling world is immense. For the first time they are facing a generation born and bred on the internet. Solving for that when you have spent so long solving for the inverse is challenging. It means a window of opportunity is open for new operators, new investors, new strategies, new ideas, and it’s incredibly exciting. All that said, it’s a thrilling time to be in esports, betting, and the development of sports and media for the next generation. This is just the beginning.

Kevin Wimer was a professional gamer in the early 2000’s, and is currently Chief Marketing Officer at esports sportsbook Rivalry.